WOW, 100k is a lot, keep up the good work. Would like to see some old fashioned tutorials again :) Congrats!!!

Played it a couple of times and because of lack of knowing what to do, i failed all of the times. A few things that sprung into mind while playing:

- The player really needs feedback of what he is doing, or waiting for. Like clicking for mining. Just add a healthbar or spawn some particles and you will be fine. Small fixes that are very usefull for the player. - Sometimes the player is floating above the surface of the planet. The planet rotates beneath the player.
- Where is the sound? I know "in space no one can hear you scream" ;) but i missed it.

I really like to give it another go when things get a bit clearer of what the player has to do. I think i need to build stuff to get fuel for my rocket. But overshooting production, using all my coal and other resources kills the chance to do so :( Too bad, the idea is nice.

[AFTER ANOTHER TRY!!! I couldn't let go ;)]
Well, i tried it one more time and i managed to get of the first planet. Is traveling meant to be so tiny? I was not able to see my rocket, i had to use fuel as my boost particles showed me my position. It was way better now i knew what i had to do. Sorry i didn't read the controls earlier :( Indeed a nice tutorial level as intro would be very nice to have.

So awesome, so hard!!! I couldn't finish one song :((( Looks and sounds cool, great job!

Good game! Overall very nice, good cute graphics and the tutorial in the beginning is bonus points for you! I love a good tutorial at the beginning of a game. I quit when my character spawned at a flag pole off the ground and was flying in spikes or space. I Couldn't do anything about it. Sometimes i was confused how gravity was going and had to gamble ... flying right into my death. Or hidden instant deaths you have no time to react on. That is frustrating. But again, overall good game!

Too bad i couldn't multiplay it but it looks and plays well. I was impressed by it's presentation, most of the jam games lack there, but needs some subtle tweaks here and there. Good job.

I am also so bad at these kind of games, but it was pretty fine i think. Couldn't make it past level 4 XD

I loved it! Nice small game that realy becames a little frustrating, but you want to keep going! Good music and sound, minial graphics. Well done.

It looks good and promisses to be great. But the ship controls are unplayable for me. Constantly overshooting my destination. There is no breaks and i would scrap the inertia while rotating for the love of playability. I like the idea of combination of shooting and delivering packages. Nice!

After the jam i will update the game and give the player some extra time. It did them all in 30 seconds. But i forgot that i played this game a lot while developing.

Overall a good game. I had a hard time getting grips with this, it is a nice game with great potential. Some graphics and some user feedback could make it better/nicer fast! Like 'the charge hit, is that the right one for that kind of planet'. In the beginning i was just hoping i did the right thing. With the right feedback i would know immediately and could change the way i was playing. Maybe a short tutorial level? I missed some info on the other color charges. The music was kind of irritating, sound was oke.

Graphics and sound are nice, but ingame the graphics look a bit colorless. The game seems to be far from finished. Needs a lot of love and attention on playability (palyer movement made me seasick ;)) and overall gameplay. Great start here.

Indeed, looks like a Unity project and there is an APK (Android) over there. Not installing it btw.

I have no clue how to get any progress in the game. You start with -50 credits each year and i can't get it to be a positive number. Production isn't fast enough and everything i want to upgrade costs money. Too bad, it seems you had a lot of hard work on this game but i didn't had any fun at all :( Maybe help future players with the first steps? I want to give it another go, but need some help.

I liked it, difficult is fine by me. But maybe build it up a little. Spawn meteors a little further away at the start at lower speed and gradually bring them closer and/or faster. And if you spawn them in the camera view, let the player now (with a flash or whatever) that he can expect an enemy spawning over there.

Earlier mentioned by others is that the spawning of a portal not always works. I thought maybe it is because you are clicking on a meteor, should check that.

Overall the game is fine, needs some tuning and graphics and a tutorial is always nice to have :)

I liked the intro but the game itself is pretty disappointing after that. Sorry, but not much fun for me here. The ship is too slow, you can't always dodge the shrinking rays so if it hits you it is not your fault. When you blow up an asteroid you can crash into it's explosion. Something not recommended. It was a good try, but play some sidescrolling shmups as reference and you get a whole other view of your own game.

I liked it, dont have much to add on what's allready said. Rated it, great game!

This was a relaxing experience! Great learning curve. I missed some more game elements (and sound fx). You can't die (?) and sometimes i got stuck. Nothing what a bit of button juggling couldn't fix XD. The last level it became more interesting with a kind of maze and small spaces to wrap your trail around the planets. But then ... it ended :((( I liked it. Great game, worth my time, thanks!

Too bad you had to rush it, but i like it as far as it is. Controls are feeling a bit off. I think it has to do with the zoom when you go faster/start moving. I got the idea, but it is like you are standing still for a second. Dodging rockets makes that difficult too. Maybe some smoothing like intertia or something to patch this up. And maybe a starry background so you see that you are moving if there are no planets on screen, i used the minimap for that ;) Overall pretty good! Again, i like it!!!

Have you tried following mouse/use mouse position on the player without having to click? Maybe that can bring some extra playability.

Yeah, a good start but it went a little boring fast. Funny thing; in another comment someone requested a jump. Why do you need that? Am i missing something? My guy constantly jumped while i wanted to go up the ladder, losing valuable time. Needs some more player feedback, like dying animations for the aliens and such. The music was really oké!

The crosshair never matches where your bullets are going. Most of the time i was looking at a grey screen with the meteors, hoping it will hit them. Too bad because when you have some planets orbiting it starts to get interesting. Concept is cool never the less! Great job.

No sound of music, too bad. It is a pretty good concept. It could be me, but i can't predict where my planets are going so a score of 2 or 3 is the max for me :( With some polishing in playability and graphics it could be a nice game. Are you developing this any further?

The universe is at peace :) I found it a bit like a rhytm game; find the right pattern and then you are fine. Well done and it looks sooo awesome!!!

This is a pretty cool game with a great potential!!!

Stuff I liked:
- I LOVE how you zoom in when approaching a planet
- It has great playability

Stuff I didn't like:
- Please add the mini map button in the description (M), i was lost for a while and wanted to stop playing. I am glad i found it ;)
- The music

Stuff i am thinking about to get better gameplay:
- Personally i am not a fan of the space bar. With up arrow support you can control the ship with one hand :)
- Maybe some background so when you are flying in the void you can see where you are going
- I NEED MORE LEVELS ;))) Again, i liked it or ...
- a replay level button

Thanks for the cool game! Happy devving!!! 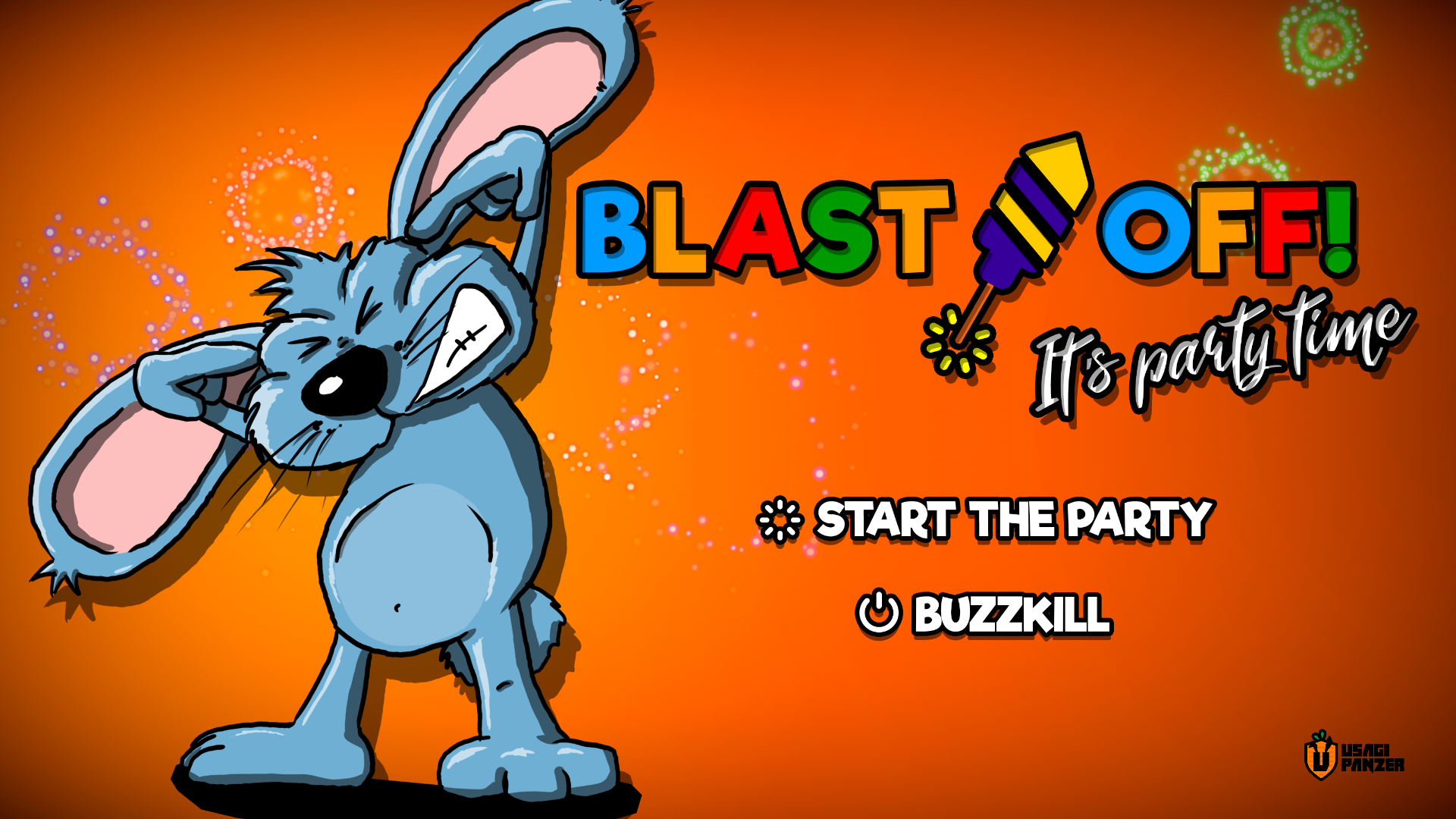 My first game in Unity since my last game years ago in Flash. The game is pretty straight forward, just use the mouse and click on the mortars to ignite the fireworks.

I really can use and would love some feedback! Maybe in can return the favour?