mix towers and weapons in this dice based tower defense
Submitted by Spike Studio (@RealSpikeStudio) — 10 hours, 17 minutes before the deadline
Add to collection 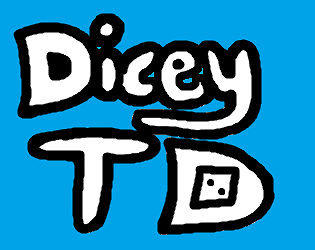 I really liked the game, It brought Tower ballon defence memories to me,  something I would add is a range of the building, but the game was really fun to play, If you got some time I would really appreciate if you could play mine, any feedback is usefull :) https://itch.io/jam/miz-jam-1/rate/733530

This is a nice little tower defense game. It seemed like there were some interesting ideas in it but I had a lot of trouble figuring out what exactly was going on beyond the most basic tower building mechanic. Even that took quite a while to work out since the first thing I clicked on was a weapon which was useless without a tower to put it on and I had to back out of the game and look at the instructions again to figure out that the space bar would deselect it. I would expect clicking on the tower builder button to deselect the weapon if I have it selected.

It was unclear to me what the dice rolling mechanic did. Did it effect all towers? Only the selected one? Was it temporary? Since I couldn't see the stats for any individual tower it was hard to tell.

I also couldn't work out what was different about the different colors of tower. Maybe the more expensive ones did more damage?

Yeah a lot of the stuuf in game is confusing, and i didnt get time to add a tutorial as I had work, sorry about that :( The updated version is in the description on the page if you want to try it, I added a tutorial, and you can see tower stats/weapons/enemy stats. Thanks for playing and the feedback!

Definitely would have benefitted from a simple tutorial. Cool idea to have towers + weapons as upgrades!

I have an updated version in the description with a tutorial included if you enjoy tower defense games and want to give it another shot, thank you for playing!

I love a good tower defense game. There's a lot of creativity to be had in mixing + matching your weapons and "towers" and I really appreciate the addition of some random chance through the dice mechanic. Really like the simple progression through colors / weapons and it's a great use of the asset set. Awesome work!

Really interesting tower defense game with a surprising amount of depth and content!  The interface is a little confusing, but your updated version really helped explain a few things I didnt realize.  Great work!

As others have said, I found it a bit overwhelming at first. But I'm impressed with the amount of content you had!

Thank you for playing! I added an updated version in the description if you would like to try it again, I added a tutorial to make things more clear :)

i love how you can spawn then customize your spawns.
Also cool addition with the dice mechanic^^

Only thing it the bug i encountered that made the waves stop coming.

Quite a nice game overall. I liked the way the UI borders uses tiles from the art-pack, and the core idea about towers with extra buffs (weapons) to modify those in any way one wants.
Has quite confusing UI - the space to deselect; LMB/RMB on pause button to switch autostart of the next level on and off; some other things about tower management could be improved - f.e. add shift key functionality to add multiples of the same type of towers/weapons.

Game bugged on one of my failed attempts and round counter kept going up and up, went beyond 3000 rounds and many thousands of gold/currency before I closed it.  Then I got sad because I had to close the game and lose my progress :D (

Fun game although a tiny bit confusing at times, like I had to play a while to get a feel for what the different towers and different staves would do as a powerup. Didn't figure out what all the other weapons did except the axe.  Other confusing moments was the pause button as others have mentioned, and the selection/deselection mechanic. Discovered the main feature of dice rolling towers a little too late.

I thought the colored "towers" had different abilities at first, such as blue = slow, green = aoe and such, but I assume they are just different stats version of the same tower.

I was building an idea that the strongest possible upgrade for a tower was to make a red tower with red staff for max damage, then upgrade it max with speed since each 0.1 second would weigh the heaviest vs ~0.15 damage.   Or in reverse; the fastest blue tower with the blue (or yellow staff) with max damage upgrades would make the machine gun effect hit the hardest.  Red with axe was a fun shotgun up close effect.

Your game has lots of potential! Keep it up :)

A possible direction to take the game is to go into the main mechanic more, mainly the dice roll.   For a chancy game, I'd think if you could balance the income with a no-upgrade-limit, it would make a stronger dicey experience. With increasing cost it will balance itself out, and getting better dice rolls through upgrades between games might give it a sense of progression that carries on between games, like a rogue-lite would make you a little stronger game for game (like Dead Cells).   Something like Warcraft 3's custom game Poker TD comes to mind. Luck is a major factor but your knowledge of the game matters as well

I cant seem to recreate the bug, but thank you for informing me, ill look into it more. I added an updated version to the description, which includes a tutorial and a log so you can see what towers/weapons do, if you enjoy tower defense you may want to check it out. Thank you for the feedback and for playing!

The core gameplay is great, I think it's a good tower defense game. However, it really lacks a lot of quality of life stuffs, like a tutorial, a better control scheme (as you can see below, several people got confused on space for deselect unit), visual indicators for the range of attacks, enemies health bar, and some clear guide on what does each type of towers does.

I added an updated version to the description, which includes a tutorial and a log so you can see what towers/weapons do, if you enjoy tower defense you may want to check it out. Thank you for playing! I also really enjoyed chess computer.

First it was a bit confusing how to build a tower. I little tutorial would be great. Solid tower defends game. I had fun playing it. Good work! :)

It was a really fun game which required a lot of concentration and strategy.

Also, the effect of the dice wasn’t obvious, maybe if it had a bigger effect or the color of the enemy change as it get a modifier that might have drawn a bigger attention to the dice mechanic

I didnt make it clear that you could deselect a tower with spacebar. I added an updated version of the game that has a tutorial. Thank you for the feedback!

Cool game! I clicked on it because it reminded me of Dicey Dungeons and I loved that game. The gameplay was fun but I was a bit lost at first when I was just thrown into it without a tutorial, so if you are planning on continuing working on the game I'd suggest adding that. The dice idea for a tower defense game is really cool, I just like adding dice to anything in general. Enemies stopped arriving at wave 11, I'm not sure if it's because I won or if the game stopped working. I'll still count it as a win in my books :) 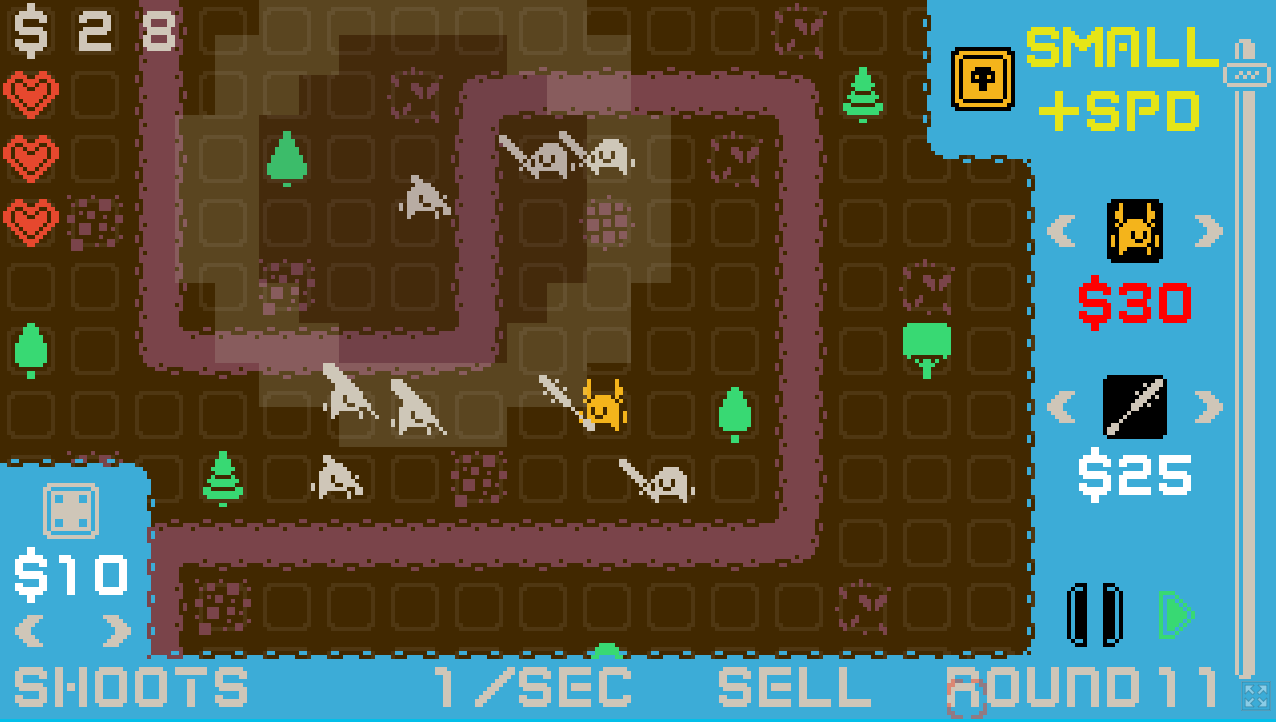 Submitted
You are [UN] Dead, Enjoy Your Stay
LikeReply
Spike StudioDeveloper293 days ago

oh whoops, I tried clicking the pause and play button but nothing seemed to happen, I could just be dumb though!

no they are just a different click than the rest of the game which is confusing, bad game design by me lol. its right click to pause, left to resume. the play button starts the next round if the timer is green

ah I see, well things to learn in your next game then!

The game was pretty cool! With some music I think the game would've been more engaging to play but nonetheless it was pretty satisfying with the 8 bit sound effects.