Out Of ItView game page 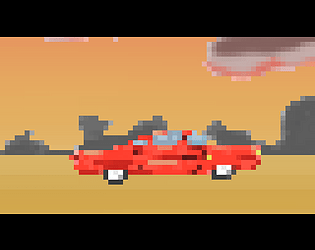 Out Of It's itch.io page

Interesting story, but the text is just so small. I included it in my LOWREZJAM compilation video series, if you’d like to take a look. :)

Cool idea and concept, can see this developing into an interactive story type format with small choices available to the player. I liked it!

Really impressive how much detail you were able to put in the graphics, considering the low resolution. :)

The character art is really nice. Surprised how readable the font was considering the 3x3. Will you be releasing GameBeans, or is just for personal projects?

Thanks for playing! And GameBeans can be found here: http://gamebeans.io/ It's in Beta-ish and moves kind of slow because I have other projects/jams quite often. But it's a JavaScript IDE, so in that sense there's nothing missing from it, lol.

That's a neat VN engine for sure, and a really good story hook! I'll have to keep an eye out to see if you follow it up!

I'm invested now so where the hell is my proper ending?!? Haha! I obviously enjoyed it. Nice job!

As other people mentioned, the readability of the test was quite challenging, but the story and  graphics were very nice :-)

Maybe you can up the challenge and use a palette with fewer color to increase the text contrast for the text above the car, or Maybe you can switch to a bigger font that scrolls horizontally instead...

Even if short the story was engaging, so I think that's a win ヾ(≧▽≦)

The LOWREZ letter G in the font made the game literally unplayable :-P (thanks for telling me about FontStruct).

G is by far the hardest character to fit nicely in 3x3 pixels! :P

I found the pink text on the car scenes to be particularly difficult to read, but otherwise it worked well, considering it's a text-heavy game in 64x64!

I've been spoiled by DanganRonpa and The Nonary Games though.. was waiting for a psychotic teddy bear or the elaborate murders!

We was originally going to do a VN version of our old game Mindfield, which does in fact feature a psychotic teddy bear! Darn it, shoulda done it! I only chose not to because I figured I'd be too invested in making it good, whereas this was kind of a throw-away idea, it was actually meant to have decision making and multiple endings! But I was just lazy. :P

Nice job Jack! If you don't play the host of the jams game, are you really doing the jam right? ;)  Cool story and amazing graphics.  Also, Gamebeans looks like it's coming along nicely!