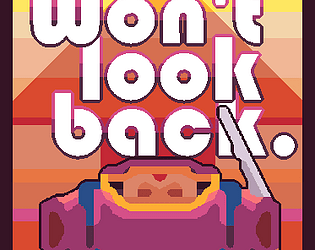 Ranked from 67 ratings. Score is adjusted from raw score by the median number of ratings per game in the jam.

What game engine did you use? if not an engine, then what programming language?

What an excellent entry! Very polished, with a great concept, and clever level-design. I wonder if there's a hidden ending after the Grave Clue, or is it actually the conclusion? Anyway, ver good job!

Amazing game! I love how the graphics, soundtrack, and the game itself all work well in harmony, and I am looking forward to more games in the future!

can you put this on the App Store please.

i can't stop playing! Quite addicting as expected from the creator of the Altergames!

Fun fact: we actually looked up my other altergames to find ideas at first

Very nice! Pretty good completion/polish for a jam, and of course interesting puzzly gameplay. A tiny bit of polish would make this a great (full release) game. The puzzles are a good challenge, but the difficulty doesn't ramp too quickly.

I got stuck on the level with the blob almost directly left of spawn; not sure if that's a difficulty spike or if I'm just being dumb.

I agree with another commenter that adding more hits before death would be nice to make it just a tad more forgiving.

Thanks a lot! Difficulty balance might indeed be not too good in this build I kinda did the level design quickly without going back to it afterward too much! I'll definitely polish that up after the jam and add a bunch of new levels :)

That blob can be quite tricky when you don't get it but there's alternative solutions, I'll put some other rooms before so it doesn't feel like unfair difficulty!

Adding health, at first I thought it would be nice to make the game more friendly, however I realised it would break the feel of the game in most cases. Like if you get hit aren't you supposed to get knock back? But then wouldn't that make you go back even tho that's the whole point of the game, not going back? Also when your on the same horizontal line of an ennemie, you know you can't kill him anymore, which makes it really important to always stay behind an ennemie if you want to get him out, but by adding more health that wouldn't be a problem anymore, not to mention you could just breeze through most rooms that were puzzle based at first :/

That's a good point about hit points! I hadn't thought about the knockback from a hit, or just trying to flee enemies. If that's not intended to be a viable solution, then yeah, adding hp would mess things up. Thanks for taking the time to elaborate on that :)

I think up until that one room, the difficulty increases steadily, though perhaps even a little slowly. I felt very clever up until that point, haha. I'm gonna have to go back and try that room again when I've got some free time, though.

So now that I've gotten through it, I think that room is within a very reasonable difficulty curve. I was just being dense.

Thanks! I'll check your game once I have time :)

Really great play on the theme that is executed very well. The art is great, the music is great, and I love his little stabby animation. I think this is pretty close to being a perfect entry.

I do have a handful of small complaints, though. The collision with the boxes feels like it could be a little more generous so you don't get hung up on things nearly as much. I think you should probably move the gravestones up further, because it feels a little bit like a betrayal of the theme to have to go into the level to read them and then restart to finish the level because you've gone too far in.

Finally, I think you should have more health. Dying in one hit is a little frustrating when it means you have to redo the whole level. Also if you had a health system, that would mean that you could place health pick-ups throughout the levels in an interesting way that allows for a puzzle-y risk/reward system.

Overall excellent entry and I wouldn't be surprised to see it in the highlight video at the end.

Thanks a lot! Art is by Thomartin and music by Csx42, and fun fact: the little stabby animation actually used to be a slow stab but on accident I made the animation super fast and somehow we liked the look of it so we kept it!

Collisions have been improved in the latest build! And for the grave at first I thought I liked how you had to restart so it would introduce the restart option to players even if they never got to restart before, but actually you're totally right! We now wanna add something like hearts that you lose each restart, so now it would be important to really think ahead instead of rushing into it like a madman and constantly restarting!

On health, well, we're adding health, but I don't think I'll make it so you don't restart the rooms though, it would ruin quite a few puzzles if you could just go through the blobs and also if they hit you then they would give you knockback I guess? But I feel like that would ruin the entire feel of the game that you DONT go back (even tho you could argue restart already does it ha), so yeah, I'm not too sure how to do that. But I'll def be adding health pick-ups like you say for the system I just explained earlier! That would be cool! I'll also add some money system so maybe at some room you'll have to think, do I get the money or the heart, knowing if you lose all your hearts you'll lose all your money (you wouldn't go back to a checkpoint, I really wanna make it so you never go back!), and once you reach a merchant you would have to think hard if you skip him or buy certain items, since you would never be able to go back to him ever again!

But yeah, thanks a lot!

Sounds like you're thinking about a ton of interesting stuff. Good luck!

It was awesome ! Like, really neat ! Only the end was ... well, anti climatics ! (I checked your comment to be sure it was the end, 'cause of the name of the room !) But I really love all the idea and how they were brought (especially the sword and the 3 blob ! I love the momentum of this moment !) . And also the silly detail, like the first map with a key who have a shape of ... a key. Like I said : I really love these idea

Thanks a lot! And yeah we reached the end of the time sooner than expected so we had to end it like that kinda... But well I tried to add a little story to explain why and how!

I'm glad you were able to notice all those details :)

If we ever continue this game I hope you'll be able to play it and that you'll be satisfied with all the other details we'll put in!

I loved every second of this. The mechanic and the story/message work so well together, and the art and music made the presentation really great. My one (extremely minor) complaint (that I'm reeeeallllyyyy reaching for) is that the sword timing took some getting used to. Once I got it though, it was super satisfying killing stuff :p

Seriously though, awesome work. There's a lot of good stuff in this jam but your game does an excellent job of  introducing a mechanic, and allowing it to mature. It definitely left me wanting more, so please make a full game and let me buy it!

I really love level design so usually I'll always have lots of levels using the same mechanics and then I'll be able to choose a few to make the mechanics evolve like you say!

Might as well add more levels and sell it as a full game. Great job!

Guess you didn't look back with those 41 seconds huh?

And yeah those 41 seconds were pretty stressful ngl, especially since the site went down at the moment so I had to wait for 5 min before knowing if I did it in time or not ha

Great game I liked how you need to think ahead before moving forward. Just like in life! Think first before doing anything that you cant undo! :)

Submitted
The Girl, Wisp, and a Dream
LikeReply
SerpongeDeveloper3 years ago

Life metaphors are always cool to put in games :)

About time someone used this old concept! 5/5

This was really interesting. Some of the puzzles cause me to have to think twice when I went running off for a key and then got stuck. It looks great and the sound works really well. The whole team on this did a great job, it's a really good game that's fun to play and easy to understand

Thanks, I'm glad it was easy for you to understand!

No problem! I'd also find your opinion on my game a bit interesting, since we both went the pixel-art route with the art.

Sadly I'm not the one who made the art but I'll give it a look, and I'll share it to my art creator as well!

Thanks! Tell your art creator he did a good job! :

Hey so, current version has a few minor glitches and I went back to fix those for a better experience, however I cant update the link itch provides until the jam end, so I'll put it there:

Here's the list of the fixes so you now the state of the game post fix even if you play this version: