A Top-down-shooter (Kinda hard) quick game take will take you less than 5m gameplay.
Submitted by Plinio.JRM, StaryKnight — 9 hours, 44 minutes before the deadline
Add to collection 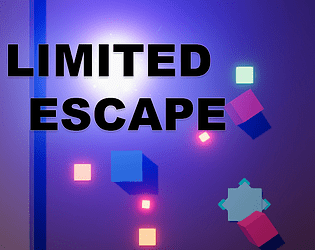 I enjoyed this small game.

I think the players bullets are too slow. Its weird to be able to outrun my own bullets.

Also one thing that could maybe be solved by taking the camera back a little is that there were times where as soon as I would notice an enemy or a bullet at the edge of the screen it would kill me.

The game felt like it was harder than it was supposed to be because of some of these design decisions. If you want to make a good game you have to keep in mind that often what makes a hard game good is that you feel like losing was your fault and you can do better.

I loved the visuals and the music was good.

Thank you so much for the feedback.

Im going live very soon to fix those issues and make the game better for the last update.

Overall nice game! It was a fun, short and fast-paced experience. The SFX were quite nice

However, my main issue with this is just how slow the character turns, often times I’d miss shots not because my aiming was bad, but because the character didn’t turn fast enough. This design decision feels rather contradictory: you wanted to make a fast-paced game, but the slow turning means that I often have to play slowly and patiently.

It also feels rather weird that there are 4 different portals, but only 1 of them is actually useful. Which one is useful is communicated visually, but at first glance it’s not actually obvious what that means or that only 1 of them works, and it only adds confusion when playing the game for the first couple times. I think there should only be 1 portal, at the center of the screen.

However, my main issue with this is just how slow the character turns, often times I’d miss shots not because my aiming was bad, but because the character didn’t turn fast enough. This design decision feels rather contradictory: you wanted to make a fast-paced game, but the slow turning means that I often have to play slowly and patiently.

Fair point. I added a todo to make it "not smooth". It will look straight where the mouse is.

It also feels rather weird that there are 4 different portals, but only 1 of them is actually useful. Which one is useful is communicated visually, but at first glance it’s not actually obvious what that means or that only 1 of them works, and it only adds confusion when playing the game for the first couple times. I think there should only be 1 portal, at the center of the screen.

IT was planned an animation to tell which portal is the "escape one". After the Jam, i'll update and i'd love if you could re-evaluate the decision after that.

Thank you so much for the thoughtfulness.

Thank you for the feedback. I'm glad you enjoyed.

I like the gameplay and idea but there are some glitches need to fix.

Yes. there is. after the jam is finished i'll stream fixing the issues, implementing new features and releasing the source of the project free for everyone.

Really loved the game, visuals were great and so was the audio. I think if you made a little  indication on the player to show which way the bullet  is going to fir would go a long way in making the game a bit easier. Great game!

Submitted
One Room into Three
LikeReply
Plinio.JRMDeveloper142 days ago

Quite difficult but feels good when you do finally get it. and that game is obviously beautiful good job!

Holy JESUS, I spent like 4 minutes trying to beat it but nice job. Also at the end maybe a "You win" sign would be more rewarding, I usually associate gameover with loss but whatever. I really like the concept, though it was hard to get at first for me for some reason. Another suggestion would be a main menu and an instructions button leading to the scene you start on. It helps clean it up imo.

Cool game!  The visual scheme is nice and all fits together.  I'm a sucker for emissives haha.  Personally I don't like the slow rotation and aiming but if that was a design choice for the kind of game you're going for it's totally fine.  I found it to be quite hard, I couldn't really kill more than 4-5 enemies before dying but maybe that's just me.

It is a fast pace game. The more you kill more will spawn, but only when you kill them. YEah i can increase the aim rotation. i just think that is wonky a fast rotation when the mouse is too close to the center of the screen.

For the amount you can kill, try spamming the bullets. you have 5 active bullets.

Cheers and have fun.

Cool game! It looks cool and is very polished. It seems like the best strategy is to be fast and go through the game in a matter of seconds, otherwise you will be overwhelmed by enemies. It would be cool with more content like levels and different enemies, but this is, of course, a game jam game.

Feel free to play my game

Very nice! The controls did feel quite clunky for me, especially in regards to player movement and firing. Still quite fun overall

2.5D is my favourite! Cool visuals and sound FX! The difficulty is just right in my opinion!

One suggestion: It's hard to know where your front is (which direction you will shoot in) when rotating, so it would be nice to perhaps have like a gun sticking out of the cube or something, as I would often rotate, think I will kill the enemy, only to realize my bullet is going 30 degrees to the left of where I thought it would :D

Overall, very well done on finishing the game in time and submitting, congratz!

I'll add an UI or an indication of direction. Cheers.

This is cool, but the difficulty ramps up way to quickly!

If you pay attention, there is a pattern. ;D

I found some sort error after I played a few times the game didnt allow me play or go to menu I was able to reload so it was fine. I like the fighting though there were times where the red boxes spawned and there wasnt any warning and I died. Im pretty bad at these types of games but I played a while to finish.

Can you try my game?

- The SFX for shooting.

- How you made the game not look bad with simples shapes.

What I think can improve:

- The tutorial. It's cool that you made one, but I had no idea on how to deliver the cubes until I accidentaly delivered one. You should have made it more clear, in my opinion.

- Make the music a bit louder. I almost can't hear it.

- Make it so that the player can just go through the portal to win. The times I won I had to die. ( Is this a feature? ) 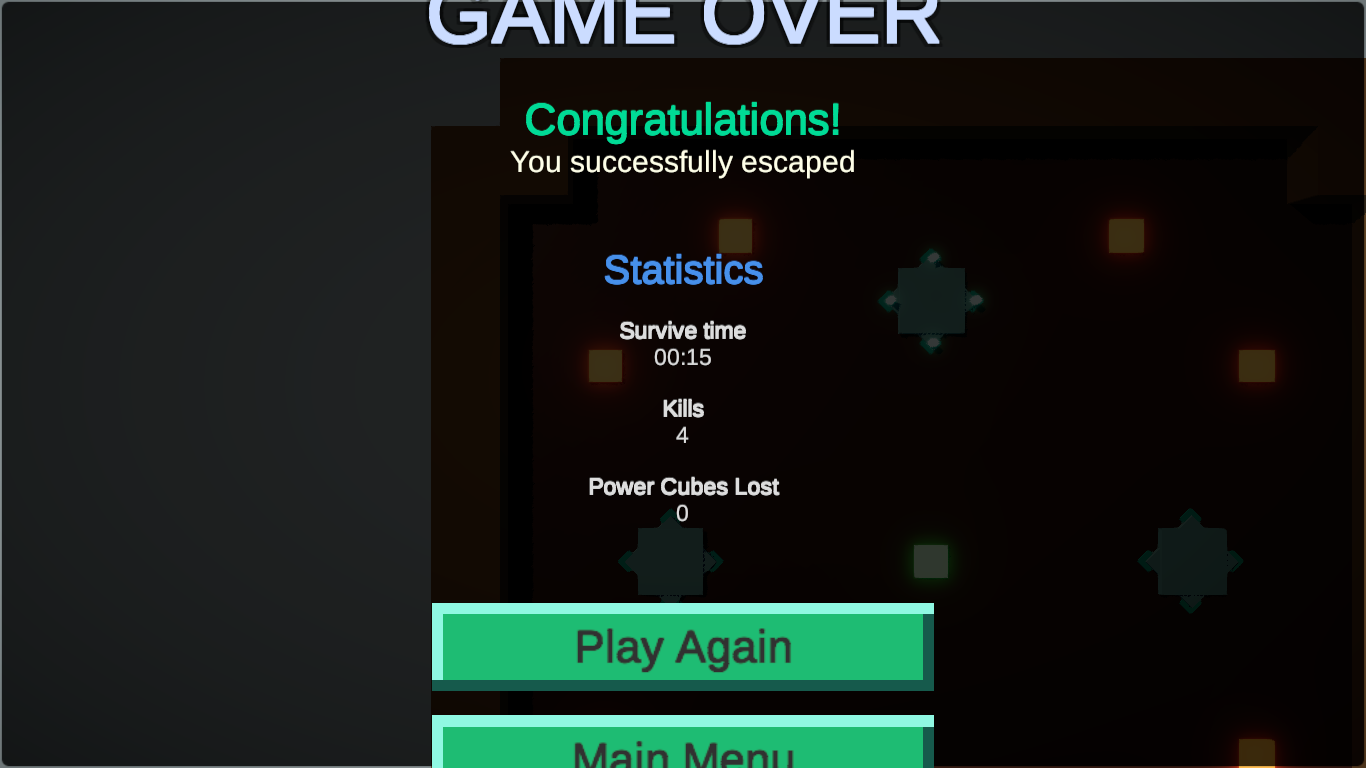 Thank you for your thoughtness.

Edit: Nice, you did a speedrun. xD

Reallly low. The sound of my computer was at 40-50 because someone made a loud game, but still.

Yeah... I think you should make it clear when we can touch the portal, as if the player touches it and nothing happens I would not try doing it again.

And yes,  I did a speedrun lol

How can I deliver the cubes?

I'd say everything is ok in game. It's not the worst, but also not the best. Idea isn't too unique unfortunately. But I like sound design and gameplay: I had some fun playing it. You could introduce new enemy types often to make it less boring. Congrats on submitting anyways!

Could you do me a favor and play my game too. Feedback would be appreciated :)

Don't worry. you'll have my feedback there too.

I survived for 40 seconds lol. Fun game, fits the theme well too. It's a solid game (could you check out my submission please)

Don't worry it's on the list. I'm checking all the submissions.

good idea but you need to add move visuals

Yeah. because of the deadline, i couldn't add. Usually i like to add visuals that are interactable somehow to make things more interesting.

I apreciate the feedback!