Excellent, simple design, I love it!

Yeah, it makes sense after playtesting (which you absolutely have no time for in 3h), because you mostly run away from enemies, followed by the only decent, ranged combo. I wanted to see if the mechanic works well, and I got inspired by it in my next game somewhat :D

What part seemed unfair to you? I'm really curious

Interesting use of the mouse wheel, and I always like an inventive health display!

Did you actually get past the tutorial? There was a bug that spawned infinite enemies in the tutorial, and one that kept you from actually playing the game with enemy spawners and such. Can you please check again to see if it works? You can just press R to skip the tutorial. Thanks!

Hey! That was absolutely not just one bug, but two! Can you see if the game works by pressing R during the tutorial please? :)

Fair, it was a cool experiment but in 3 hours I struggled even to give it this much polish since my workflow is pretty messy.

Cute concept, would've liked to see enemies with the same vulnerability as the player. And I was very quick to cheese it by going into a corner :p 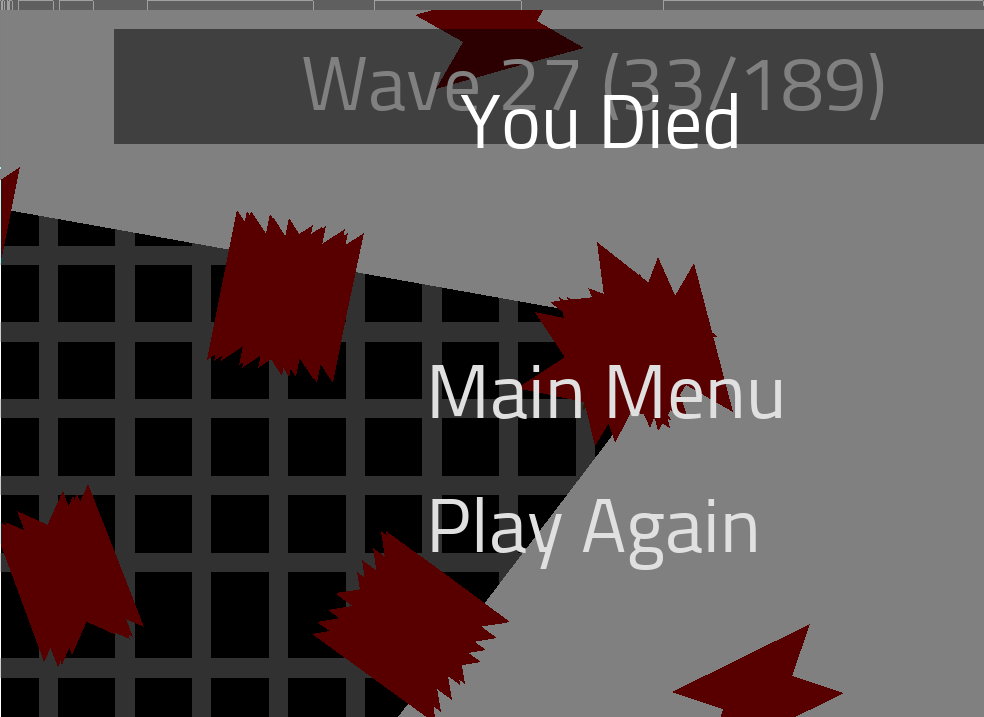 Absolutely delightful! Would've liked a visual effect for the stuns and maybe some of the cards but it's surprising to see a deck builder in such a small jam! <3

I played for about 2 hours, you should be proud that you've managed to create a game that engaging. I died right at the end though! With a New Game + option I would've gone right back I think, or with a bit more variety. This is not a criticism, but an encouragement to keep going and develop this!

I actually built a strategy around heals and stuns and each colour having a role, surprising depth!

Holy crap how is this so good? What a solid core mechanic! And the AI was surprisingly good!

Really fun emergent gameplay from the physics and the grabbing mechanism!

Oh and if you want to enable a variety of controls, there should be nothing wrong with clicking to select a character, then dragging in a certain direction to execute an ability (left/right to swap places, up/down and/or hold to do timed abilities, etc). I think you really struck a rough gem here and there's a lot of potential for timing -and- tactics, even strategy! I'll be following you to see where this project goes!

That's very fair, I did something similar, "hey, I want to see if this mechanic has potential".

In this case, it for sure has. Combining movement and actions is really satisfying, consider adding an "up" or "down" mechanic for each class, perhaps selectable abilities, maybe the ability to strategise around enemies, and you've got a full, innovative game!

The only change I might make would be to have an "absolute" key, like Q for the defender and W for attacker, wherever they are. Or perhaps a "tab" key, where you select the next fighter

So much to do with this core mechanic. Tiny game with a very strong idea. Might have been worth extending with some more smaller enemies and such, so post-jam you should add more characters and abilities!

Zendo was one of my inspirations actually!

One of my favourite games of the jam. An amazing, well-paced mix of insane, shooty levels and tactical ones, interspersed. I loved the "take the shot" kind of gameplay where nothing is really random, and you really feel like a sniper when you get that "green light" for the king.

And I don't say this lightly: the BEST enemies of the jam, if not some of the best enemies in any small game I've ever played. They felt like they could predict my movements, and faking them out or being caught off-guard by them felt awesome. It felt as amazing to trip a queen up as it was to snipe the king. And perhaps emergently, the knights were unpredictable and very hard to counter. Also, I don't think there was anything wrong with the tank controls, that's how a tank should be: a bit slow, a bit clumsy, and very different from the brainy chess enemies. Maybe the tank's hitbox should have been shrunk a bit, because enemies could fly by me and kill me.

The only thing that could make this better is some self-imposed challenges or achievements about using fewer shots than you have.

My first full 5/5 this jam. I hope you get featured and I want to see a devlog!

I think there's more to be done with the time stop mechanic, the game probably needs to find more of an identity between "Oh god oh god" frantic and "hmm, where should I go now" tactical. Maybe could have used a bit more polish, such as animating the nodes as they travel, but overall, surprisingly wormy!

Good core, my gripe was with the collisions with the walls. The walls and pillars aren't transparent, and things, me included, would "hide" behind them which felt glitchy. Sometimes I'd get stuck around looking for a pick-up. It often felt like the momentum of play was often interrupted. Perhaps let the player keep some of their momentum after bouncing off, or redirecting it in some way, or maybe even increasing the damage and accelerating if the player deals a killing blow, to line up an awesome shot.

A lot to do with this concept, and the effects were really good!

It ran too laggily on Linux for me to give a numerical rating, but I have to say that I loved the visuals, mood and options as-is. I'm sure there was more to it than the first few minutes, so I wish I could run it :)

Oh yeah, you know what? 5/5 on polish. Slow-down and stutter when killing or spawning enemies, the leaves falling, the trees in the wind. Excellent.

You should be a bit more careful with which entities are in front of which, and where the skull projectiles collide, sometimes I was in front of trees or behind houses, and my projectiles would explode on nothing.

But it was an atmospheric, pretty intense fight as-is. Good job!

Great 3D and effects, though it's worth learning a bit of theming in Godot to make UI look like it fits in. Would've appreciated a "hit" effect or sound, and at least a jiggle in the enemies when they attack. Worth expanding!

On the short side, but I love the little descriptions and environments, and the difficulty is -very- well-balanced. I wasn't really sure what the rhythm sections did before the bossfight but the fact that I failed less and less quickly until I won made it well-balanced. Delightful!

It reeeeallly needs a Linux export, I can't really play it enough to rate it in browser :(

We out here, loud and proud :P

More depth to it than initially apparent, has a feeling of trial and error I enjoyed! It has a minimalist sort of beauty to it, and I love puzzle games that aren't "pass or fail", but rather a degree of success. Would've been nice to see "percentage completed", or at least "X coins out of Y".

Very clever mechanic, I might have liked some options about the game's speed but otherwise it's delightful!

I really like the concept, though I sort of wish there were checkpoints at the gems. Also, it wasn't clear to me what the first three red squares were, past the second barrier. Well done!

Surprisingly atmospheric, and I like the mouse-only controls in a way, it keeps it from being generic. I like the mechanics, and the "place items in the world" bit surprised me.

Perhaps it's a bit too tough, even without getting hit my health runs out very fast. I'll try again, this time exploring more. Also, the crops feel a bit too vulnerable if I'm honest.

The concept is quite inspiring, although I would've been way more permissive with the hints, even outright suggesting that their placement on the right will help the player figure out all the patterns.

Excellent, wish it had a Linux download because the web version runs pretty slowly for me, but the 3d modelling is impeccable

It has great potential, but I feel like there's things that are missing.

I wish there was a difficulty curve and/or a tutorial, since I often get stuck with no matches. Perhaps lowering the number of item types would've done it.

The game is a bit opaque, it's hard to tell what's going on from the get-go (I thought I'm making the enemies for customers who "love" them, for example).

Sound adds SO MUCH to the game, use a site like zapsplat.com/ and make your game 3 times better with it!

I know making a puzzle game is tough, and as a fellow "grid-bassed puzzle maker in godot" for this jam you have all my support! Awesome attempt!

I enjoyed it. I think the biggest improvements to be made are as follows:

What I really liked:

Delightful, I love the writing, the game design, and I think it's worth expanding on for sure. Maybe could have used a couple more puzzly mechanics and a bit of atmosphere or variety on the planets but I loved it!

This was absolutely delightful, I loved every minute of it. You could absolutely expand this into being something of a fast-paced puzzle game about which route to take, with areas that are quicker or slower to drill through. The "go towards the core to speed up" mechanic is brilliant, and maybe a bit under-used?

Oh and the characters were very lovable, and so was the writing. 5/5 from me.

This is really awesome, here's what I liked

What I would change

It probably would be, yeah. VVVVVV did it with one key, which is probably an inspiration for you, and it's fine to do it the same way ;)