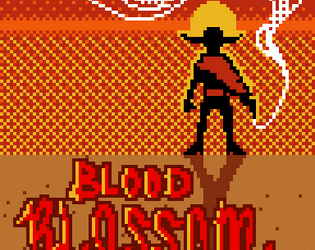 Ice cream eaten
At least a pint and a half

Nice idea.  I'll say as someone whose played twinstick shooters the controls didn't bother me.  I actually thought the game was too easy even on the hardest difficulty once you know you can grow two plants(actually even more if you place them right) at once which was one of the first things I tried I never ran out of ammo.  I also never saw a reason too and didn't understand if it even did more damage to use the shotgun.  I played up to 100 kills and then just tried to let myself die and even that took a very long time with how much health you have.    More enemy types / boss rounds would definitely push this up.  And as others have said the map makes it seem like you can only plant in the middle 3 lines which is confusing if your allowed to plant anywhere.

Thanks for playing! Glad the controls weren't too tough (and also that I'm not totally crazy regarding the difficulty lol). Overall (especially with health and invincibility after getting hit) the game's fairly forgiving.

I was able to beat the game on the hardest difficulty on my first try, but yeah without more enemy types it's hard to have it be properly tough without being just unfair. I mostly prioritized features other than new enemies because I was more interested in coding waves and an upgrade system and such.

The shotgun deals a little more damage, but is mostly useful because it can hit any number of zombies in range at once, and pushes them back to give you space if you get overwhelmed.

Ran out of bullets really quick on the first run and just took a while to die after that so a melee/suicide key would be nice, you can make zombies grow multiple plants at the same time so tried my best to get combos lol, confused about the middle plant box since you can plant anywhere.

The intro was great to see but didn't have much to do with the game itself and sounds were really loud.

Thanks for the feedback! We'd heard a few players complain about not having any options without ammo, so I've just updated the game to include a melee attack option! It's risky, but at least now there's a chance even without ammo.

I'm glad you mentioned the combos! I think that's one of the most fun parts of the game haha.

This seems like a very fun and cool concept, but I honestly I was struggling to have fun. The controls were quite confusing, and at first I kept running out of bullets and dying.  One way I would fix the controls is shoot the way your are facing (for keyboard controls at least) and make ammo infinite, so you dont end up killing yourself because you accidently missed your last bullet. The intro was really cool though, so nice job :D

You're not the only one that found aiming difficult - for you and anyone else who found the keyboard controls a little difficult, I've updated the build so that you now shoot the direction you're facing if you're not aiming with the arrow keys/right stick! Hopefully that makes things a little easier, so give it another shot!

As to infinite ammo, we can't really do that because the entire point of the game is managing your ammo. If we'd done a little more playtesting and had time though, I think I would've added in a weak melee attack, so if you run out of ammo you still have a chance to defend yourself and grow more ammo.

Thanks for the feedback, and I hope you have a chance to play it again with controls that work better for you!

I played it again, and now it's much more fun to play.

This is a very original concept, really cool to play, the artstyle is simple but still really cool, i feel like some music would be a nice touch, the upgrades feels very great and the ammo-farming mechanic is really cool, the only problem is that it becomes monotonous too soon, maybe some variety in enemies would make it better.

Unfortunately our musicians ran out of time for the gameplay music. I'm glad you liked the core mechanic!

I agree that more enemies would make it better, but I guess that's just jam games for you. I wanted to include an enemy that didn't hurt you but would attack your plants, things like that for variety, but having difficulty levels and upgrades ended up taking precedence.

I like the concept. It´s unique and the combination of two genres is nice, but the game is just too hard. A few more tips/opinions I have would be:

1. I don´t like that you aim with the arrow keys. I would make it so that you shoot the way you are facing.

2. You start with way too little bullets and a lot of zombies.

I love the art and the cutscene at the beginning is amazing.

As for 1, I think if there was more time I would probably have an option for aiming where you're facing, or at least making it so that bullets fire the direction you're facing if you're not holding arrow keys - I probably could have done that in the time we had, so that was definitely an oversight on my part.

On 2, as a designer, difficulty is often something I mis-judge, especially for jams where there's little time to get others to playtest. I wanted to keep the game in a space where you're really forced to position the zombies for the sake of watering your plants, but I think the player should probably be able to get away with more on the easier difficulty levels, especially with regards to how many bullets you start with.

I just wanted to come back to this - I've updated the build to shoot the way you're facing if you're not aiming with the arrow keys! Now it should be much more playable with your aiming preference. Give it another shot!

Thanks! Really cool. Have you uploaded it as a separate file tho?

I thought I did but I'm not sure if it did it properly...

I tested the version on the page and it has the new aim, so just refreshing it should work I think

What I mean is that I don´t think you are allowed to update it after submission :/

Updates are allowed in the rules!

Didn't enjoy it that much, it was kinda hard, but the rest is nice!

Neat game with a fresh concept, but it's kind of problematic if you screw up early on. Also, game seemed to be cut off for me in the browser. Music and art were well done, though.

I've just updated the game with a melee attack to give the player some recourse if they waste a few bullets early on (alongside giving the player more bullets to start on Easy mode). It's risky, but you at least have the option now. Give it another shot if you get the chance!

great game! love the music, the concept, everything about it really

The art and music are really well done! The beginning cutscene was a nice addition to the game. The different upgrades and difficulty settings kept me playing for quite a while. A backup weapon would be nice to have, since there is no way to get more ammo if you can't shoot.

One of the other comments brought up the backup weapon thing as well. If I'd thought of it I might have added a low-damage low-range melee attack that you can do for free.

Thanks for the feedback! I'm glad you enjoyed it so much.

I've just updated with a melee attack for when you're out of ammo! Give it another shot if you'd like - the melee is risky but it means you at least have some alternative without ammo.

plants seem to grow a bit slow... i ran out of bulets and was running around in circles for a solid minute. and that was on easy.

I didn’t really enjoy it at first cause I ran out of ammo and wasn’t sure how to do anything, but after I read the comments and gave it another shot it was fun. The cutscene was great and the music and sound was beautifully done. Thanks for the fun time.

The art style and the cutscenes are insane. Love the gameplay as well, now that I read the comments about the zombies'blood, it makes it way more easier!

glad you liked the art!!

OMG the cutscene is AWESOME!

The idea is very cool but when you run out of ammo there is nothing you can do, you should maybe add a weak mele attack which reload your gun.

And the game needs music for the game part because after the wonderful cutscene music it feel a bit silent.

That's a great idea! Some kind of high risk option that gives you at least a fighting chance.

Unfortunately our musicians didn't have time for that music, but we definitely wanted to have music everywhere

thank you so much !! i’m glad you liked the art and i hope you got to see the ending cutscene💫

Hey there, I ended up running with your idea and just updated with a melee attack! Give it another shot. The melee attack is pretty risky, but it means you have a chance even if you run out of ammo (even if it's much harder to kill with melee).

The Intro was so cool
I can't seem to get any ammo from the plants though so I just spent time running around waiting for them to grow.

thanks! also, the zombie's blood is whats used to make the plants grow, so you have to sort of plan where to plant and shoot

Ah I see so you have to kill the zombies on top of the plants. Nice Idea