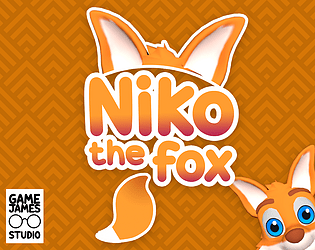 Will this ever be open source? I know it's unlikely, but I really like this game and would love to make some mods / other changes to the game for fun.

It's awesome you want to dabble with it! Unfortunately we cannot open source it or make it available for mods as many of the assets were prepurchased and the license they were purchased under do not allow making them available publicly.

I see, thanks anyway!

I love your guy's interpretation of the theme as 'an empty beginning!' That's a very novel take and I love it. The game looks great, and the levels very well put together. The platforming itself was a little tricky and often felt a bit buggy. There are lots of lips on the top of objects that would push you away if you right up next to them, and getting out of the sewers was a nightmare lol. On some jumps where the camera was pushed right close to the character I would often jump just after I left the ledge, making it so I could only use the second half of my jump. Implementing or increasing coyote time might be of a little help! As well the SFX were a bit loud for me, would have liked to see an options menu! All that being said I finished the game and enjoyed it so overall great entry!

Submitted
This Fruit Saved My Life!
LikeReply
PrestigeBRDeveloper1 year ago

Glad you liked it! Yeah there is a lot of QOL stuff we didnt have time to implement. I implemented Coyote time in build 7, so its there if you wanna have an easier playthrough and experience it again :3 Thanks for the feedback :D

I love this game! I'm curious: Where did you get the art assets, did you make them or did you find them on a marketplace somewhere?

Hey, thanks for commenting! The majority of the environment assets were downloaded (they were pre-owned purchased asset packs) from the Epic Games Marketplace (credits to the artists is included on the official Niko the Fox game page). Some of the environment assets - we made ourselves, some we just changed their texture to fit more of the style we were going for (not all due to time constraints). Assets like the characters (fox, pig cops) were original designs.

Thats awesome! I am glad you liked it :D

I couldn't play much of it because the camera and the movements were a little bit confusing. But I've never played a 3D platformer on my laptop, just on console.

In my first play I tried to reach the coin outside of the museum but I fell under the museum. I thought if im gonna jump in the void I'll respawn in the museum garden but there wasn't a death trigger and I had to restart the game.

In my second play I noticed that there wasn't a skip button in the intro. I've already watched it and I wanted to skip it but it wasn't possible.

But this game has potential. I really like 3D platformer and with some bug fixes, a better camera & movement this could be a really great game :)

Thanks for the feedback; we really appreciate you taking the time to play the game.

Could you elaborate on what was confusing about the movement and camera mechanics? Or how it could be improved? We used the default third person mechanics built into Unreal, and we're just not sure exactly where we can improve.

It would be great if you could try the Build 07 release and see if the movement is better; the camera was unchanged though. You can skip the intro with the E key (just wasn't presented to the user) or the left button on the gamepad (X on an Xbox controller).

A lot of time the camera glitched(?) into the player. Most of the time near walls. At the beginning of in this blueprint level at the entrance of the museum, it was really har to use this trampoline because the camera always changed its angle. Then I saw the trash can and I jumped over the fence because the camera at the trampoline was very confusing. Maybe add a little bit automation to the camera so it shows the perfect angle for a specific jump like its the case in modern 3D Platformers (Super Mario Odysee, Super Mario 3D World etc).

I was confused that the /\ and \/ key move the player and <- and -> the camera. I thought it would be the same as WASD or only the camera

Ya, unfortunately we didn't have the time to fix the camera. The default behavior is to have a collider on the camera, causing it to get closer to the player as it bumps into objects. This logic is in there to prevent the camera from going on the other side of the wall. If we get time, we might update it so that the camera no longer collides with things, but add a dithering effect so you can see through whatever objects are in front of the camera. Unfortunately, we didn't design much of the level past where the player could traverse, so it may also give view of some of the janky exteriors  😅

Ah, I see what you mean. We never actually tried the arrow keys 😬We'll fix it so the arrow keys behave exactly like WASD currently behaves. Just curious, are you left handed?

Im not left handed but as a kid I've always used the arrow keys so that's why I got used to it. Im also on my laptop and its much more comfortable if I have to use the trackpad

Ah okay. Well if you would still like to play through the whole game anyway, I pushed Build 08 which fixes the arrow keys and the small level leak that allows you to fall underneath the museum in the hub level 😅Unfortunately, the camera is a much larger fix and requires more time.  I've personally found it playable but your mileage may vary 🤷Thanks again for the feedback, and hope you enjoy the game!

Do note that this build is post-game jam and really shouldn't be used for rating, but I wanted to let you atleast enjoy the game with your preferred movement method 🙂

Played the original build but might have to go back to this one w/ the updated version since my big gripe (movement) was updated.

This game is pretty impressive for a 1 week jam. I enjoyed the little storyline and how open-ended things are with the father and how you should judge him in the shoes of Niko, as well as the gameplay itself being as open as it is with things to explore and different paths to tackle rooms.

I wish there was a way to view collectables on a home screen, not sure if there's anything more to them or not but I managed to snag a couple along the way.

Great job to everyone on the team!

Thanks for the feedback! If you have a chance to try the updated build to see if movement improved that'd be awesome. If not, could you elaborate on the issues you had with movement? We really appreciate the time you took to play the game and give a thorough review!

Such an overwhelming experience to see how someone can just create such a great game in only 7 days, love the old school theme 5 stars :)

Awesome game. Thanks for sharing. I was really happy to play it.

I am glad you enjoyed it! :D

This game is good.

Really enjoyed this game! I played the game jam version to be fair in my comments. The movement was a little janky sometimes but not too bad. The voice acting was a great touch, though a bit more inflection rather than it being so monotone would have been great. Awesome addition to this game jam!

Haha I tried my best in the voice acting xD thanks for the feedback! Means a lot :D

its a fun game to play and the art and voice acting is very good :)

Thanks :D Glad you liked it

A really cute game, I like the art and voice work! Not sure if it fits the theme. Thanks for the game!

The whole idea behind the game is an empty beginning, Niko grew up without a dad, hence at the beginning there is nothing. The progression of the story is how it goes from nothing to knowledge. This is our interpretation at least. I am glad you liked it :D Thanks

Really fun game ! What really surprised me is the quality of game design ! Everything was well thought and you always have multiple options.

Take care, sometimes the game was taking into account a ghost jump and you would find yourself mid-air without being able to double jump.

The audio was amazing, vocal narration adds a plus. All these easter eggs were funny (sadly they don't add something in the end.)

Hey thanks! Glad you enjoyed it :D Good critism, I wish we had time to add something cool for all the secrets but thats a gamejam for you xD
I fixed up most bugs people reported, added coyote time etc. in Build 07 if you wanna go through the experience with a more polished feel :)
EDIT: Posted build 07 with wrong link, reuploaded with correct.

Quite a good starting point for a game. The controls of the players make it feel a bit heavy. And i got some difficulty with the box collision of police officer. it's a bit frustrating. By the way it's a good game well done.

Yes, the file size was a *little* big, but it was amazing for a 3 person team to make in a week. I love the stealth mechanic, the camera was a bit weird at places, but overall very impressive!

Glad you enjoyed it and gave us the benefit of the doubt on the file size 😄! That Unreal default camera movement is something to love 😅

Very impressive for a 3 man team in a 7 day time period. Love the music and the character design. Also, completely off topic question, has anyone got the main va's contact info? Might have to slide into those dms.

Cool game, a little big on the file size side, In last level I got lost in the level and biggest flaw was that there wasn't coyote time implemented.

Yeah, we were trying to do it with collisions. Took the wrong approach there and did't have time to add it most places, there are collisions in some areas to give off that effect though. Thanks for the feedback, appriciate it! :D