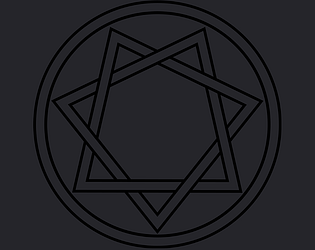 Game Description
Master the 7 metals and defeat the evil Alchemist! A deckbuilder inspired by Slay the Spire et al.

This felt really ambitious for a game jam, but you made a solid MVP and it was pretty fun! I really liked the Mega Man-esque mechanic of getting a new passive bonus with each metal completed. There was some nice variety in abilities there and it felt really rewarding to see each new bonus.

I feel like the autobattling mechanics were a bit hard to follow, maybe partially because of a lack of animations. I think I mostly understood it, but only by reading the description. If I was just playing the game, I don't think I would have totally grasped how the battles worked. I also wasn't sure why you'd want to buy the larger deck upgrade. Normally in deck builders you want a smaller deck so that you're drawing your best cards more often, so the benefit of a larger deck wasn't clear to me (and I didn't buy it), but I may be missing something there.

I think I very unintentionally stumbled into the OP strategy of having a deck with mostly defense cards and a few attacks. Although the battles were a little slow, roughly the last 2/3 of the game were a breeze. For a while I was only taking damage the first couple turns of a battle and by the end I was getting through completely unscathed. I ended the final alchemist battle with a whopping 269 armor! Maybe it would make sense to use something like the Slay the Spire mechanic of losing your armor each turn? That would at least make it more likely for an enemy to occasionally get through the armor.

I like this concept! Unfortunately, it wasn't that exciting to watch the battles play out (I think animations and sfx would have helped with this). Also, it took me a while to understand how gameplay was supposed to work. And the difficulty felt too easy and then suddenly way too hard. Balancing is tricky.

Thanks for giving it a go and for the feedback!

Sorry I wasn't able to catch you for the stream on Thursday, but I think it's super awesome that you're taking the time to play through so many games.

The foundation is good. But the battle seems a bit dull. Maybe some animation of what is going on while waiting?

Agreed, I'd like to spice things up. I hope to add some animation as a post-jam improvement.

The idea is great and the technical side seems very well made (except the shop ui that needs to be refreshed by hand) but I got bored of waiting for the 'fights' to end and there wasnt really anything to do then, maybe if I was the person picking the cards, idk, not my cup of coffee

Thanks for taking the time to play and share your feedback!

I was hoping that auto-battle would be faster (10 to 20 seconds), just long enough that you could see observe how your deck build performed before tuning it further by buying new cards. Unfortunately, I didn't manage to create good ways to force a quick battle during the jam, so it was possible to build really slow decks! In fact, you're basically invincible if you just buy a ton of shields... but it makes the game super slow and boring.

A possible forcing function to make battles faster could be something like: the player takes 1 HP of damage per turn in battle. This would force you to build a deck that deals damage quickly enough, else you die!

Balancing those things is often the hardest part. Maybe make the enemies a bit weaker or the cards stronger, too little time in a game jam to test all scenarios

Wow, that was fun! I finally beat the alchemist B)
Balancing these kinds of games is really hard, because there's a very exponential power curve, and if you fall even a little behind, you die, but if you get a little ahead, the game is trivial to beat, but I think this one does a pretty decent job. The last 2-3 levels were just me skipping through with nothing to buy because I was too strong, but until that point there was a lot of interesting decision making! A way to mitigate that could be to add different enemy types - some that deal extra damage to armor, some that reduce the damage they take, stuff like that.
But I think with some polishing and some animation, you could have a totally commercially viable game here, I enjoyed it thoroughly.

One bug I encountered was I increased my queue size to 7 but only had 6 cards in my deck, and the game just broke.

Yay and congrats! I'm glad you had an engaging run through most the game.

I would LOVE to spend more time doing exactly what you describe: more enemy diversity, more card diversity, etc... as well as polishing up the non-mechanics parts of the game like art and animations.

p.s. Thanks for the bug report!

I look forward to those updates, I would definitely play your updated version when you release it! :)

It's a bit hard to figure out what's going on at first, but after it clicks it's very clever premise. You could expand on that, working on UX first after the jam.

I'd add the description from github to the game page and also say that it's "deckbuilder autobattler" - I was spamming every button on my keyboard and clicking everything during the battle, because I didn't know what was going on :)

After buying 8th queue slot and having 8 cards in deck, I think I broke the game (it froze mid-battle, but then, about minute later, it unfroze and I won the battle)

After that I was afraid to upgrade queue, bought 1 extra card, and managed to win :)

Whoops, looks like I forgot to check for >7 cards in the queue.

I've also updated the Itch game page; didn't realize I could do that after Jam concluded.

Thanks for taking the time to play and share your feedback!

i like it , but it took me some time to understand what's happening ,also when you lose even the game does not reset

Sorry you hit the "reset" bug; I didn't manage to fix it before the deadline but should be easy to resolve.

Your feedback on "understanding what's happening" is spot on, and something I want to improve in future game jams! Some ideas for this one: add content to the itch page which explains the game; add more animations and feedback in the game so it's clear what's happening (drawing cards, doing damage); clearly separate the player turn and the enemy turn

Had fun with this. Clearly must have taken some effort to get set up! Game seems to have slowed to a crawl when my deck size got lower than my queue size though.... Currently waiting for the Alchemist to die for the last 5 minutes. Almost there. EDIT: 31 minutes later and the fight finished. Hell yeah!

I'm honored that you stuck it out and nice job!

I'm sorry I didn't have more time to make a great "you win" screen with some stats, which you definitely deserve after that run.

Thanks for the valuable play-testing feedback.

Cool game, I can see you've put a lot of work on the mechanics, good job!!

really love the mechanics here.  Definitely jumped the gun going after the alchemist though!

There's not a lot of warning on how tough the Alchemist is, so unfortunately you have to learn that lesson the hard way right now :)