Collect slime to join your beat em up quest
Submitted by Super8BitRafa (@super8bitrafa) — 18 minutes, 44 seconds before the deadline
Add to collection 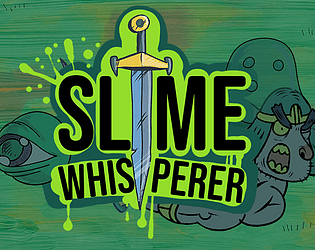 How does your game fit the theme?
Collect slimes to join your beat em up quest

Really fun beat 'em up, great art style and combat, you can add more sfx in the future to make the sword swing more impactful, but thats a minor thing. I also love the animation!

I think the one thing that you could improve is the balancing, coz right now I think the slime makes the levels easier, if you are careful enough. Regardless, really cant wait for you to expand the hell out of this game after this, awesome work! :)

This is one of the best looking games I've played the Jam so far (100+ games) and the core concept is a lot of fun. If you wanted to take this further (and you definitely should) I would suggest some kind of system that stops players from just running through the level and straight to the portal. Maybe it only works when you've killed x number of enemies? But a fantastic and very good looking experience.

Also, please make the font a little bigger on your game page. It is very small and hard to read. Thanks

Art and animation is so good! A bit of sound fx and volume sliders would go a long way for this one.

I really liked the slime buds for the joined together theme!

The difficulty curve feels a little backwards since the slimes make it easier. I think the opening area should start with less enemies. The attack hurtbox felt a little small to me personally.

Very solid hack and slash. I would like to see a goal for the level like "collect x amount of slimes" or "defeat X amount of enemies". As it is I could just run to the end of the level with little worry

One of the prettiest games I've played in this jam! Love having my team of slime healers backing me up. Well done!

That is some fantastic art. The player character is fun and smoothly animated. Attacks and moving all feel pretty great, maybe a tiny bit sluggish. But fantastic for a game jam. The gameplay itself is decent. Not the most in-theme, but still pretty engaging. I particularly liked the end of level two with the giant battle. That was great and I wish the game recreated that moment more. The music was good, but I felt like it should have been more energetic, especially for that end of level two battle. It was just too moody and mellow for the gameplay.

Level 3 (the second 'level one' lol) was pretty frustrating though. The eyeballs were hard to hit and would often go offscreen or into terrain after their attack, making them almost impossible to kill. They eventually did me in when there were four of them. Using hit and run and stun tactics, I felt pretty powerless.

Really cool game though. Super well made for the time frame. Well done!

Loved the art ! the player character is very nice, it could come straight out of a rick & morty episode.

The gameplay is a nervous and enjoyable, but a bit messy a some points.

I would havea choose a music with more punch to fit with the nervous.Also the space bar to attack is not very intuitive and confortable since you have to bash that a lot. you should maybe switch to enter or left click.

Apart from that very nice game and a really decent amount of content for 2 days. great work :)

WOW. The art is really amazing. You are super talented. rally felt immersed in the world. The only thing i would say is that it doesn't really fit the theme too well.

WOW. The art is really amazing. You are super talented. rally felt immersed in the world. The only thing i would say is that it doesn't really fit the theme too well.

As someone who always choses a pet class, this game makes me happy. Love the art style and presentation. A little loose on the theme connection but otherwise  great job!

Favorite game of the jam I've played so far! Wonderful job with the gameplay but even more so with the graphics

Incredible art style it seems tough that the move animation is played a little bit fast and you can still take damage while being in the portal at least for the first few seconds.

Sadly it also seems like completing the game just leads to a blackscreen. Nevertheless well done and it's incredible how many amazing sprites you could create in such a short time.

Very beautiful and fun game! It  deserves more attention but its always easier to play web builds than downloads.

The stream vod will stay up for 2 weeks at http://bit.ly/bean-stream

Really loved the art, but the main character should probably stop skipping leg day if they're gonna be running through monster dens.