Submitted by GentooGames (@GentooGames) — 1 hour, 29 minutes before the deadline
Add to collection 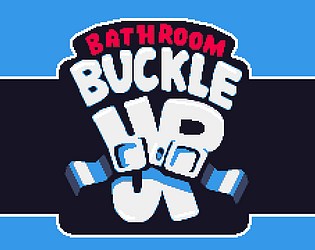 Funny idea. I included it in my GMTK Game Jam 2019 compilation video series, if you’d like to take a look. :)

Well, jee dang. Make the situation more intense with character complaining about having to pee, then peeing themselves, and people actually attacking, etc... This concept is pure gold.

The gameplay feels a little bare bones and all over the place, but the idea is flat out hilarious. Perfectly fits the theme and incredibly original.

So chaotic! Wouldn't want to be on that plane!

I couldn't help but notice that your plane was backwards. the seats were facing the opposite direction of the plane XD. Everything about this game is just ridiculous and hilarious.

if you have a chance could you give our entry a try: https://crypticsilver.itch.io/happy-accident

Hahaha that was fun!  Great job.

Submitted
Only One Burn
LikeReply
Raw Egg StudioSubmitted1 year ago(+1)

Super weird, super funny. Can't believe this is made in game maker.

This game is hilarious! I cant seem to get a positive score, but I enjoy it none the less. Great graphics too!

I think the current high score has been set by the artist Joe! Which is ~5500

This game is fun and absolutely hilarious.

A) You can rotate. How many games allow you to bounce your head on the floor?

B) You get points for peeing AND sitting down when there are air bumps.

This is the most accurate flying simulator Ever! Good job guys!

Submitted
Lurking in the Dark
LikeReply
PhilipLSubmitted1 year ago(+1)

Very comical game, the whole plane had a trafic jam with people and cargo. But, the best strategy just seemed to be to run back and forth between your seat and the toilet. The trafic jam could just be avoided by sliding along the floor or roof doing the plank. Its cool what kind of personality the game gets by ignoring stuff like animations and normal human etiquette among the npc's. I still don't get how that toilet could fit 5 people at once.

The origional dialouge from the flight attendant seemed impossible to get past as there was no prompt saying you had to press enter to get past the text box.

Overall a very good game. Nice to see someone else using GMS too, among all the unity games.  Tho its rare to see someone package the game as an installer instead of a .zip

Thanks so much for the positive response! I will be uploading a zip distribution later today, since so many people have asked for it

LOL, this is fun. This is one of the funniest games I have played and the rotation buttons makes the movement look even funnier. I will use this as training before my next flight. Also, the art and sound are absolutely great.

Glad you are learning the art of rotation -- a skill few posses. May swiftness bless your next flight and bathroom experience.

It looks and sounds nice, but I'm pretty certain you're more of an artist than a programmer. I can see GMS2 beginner tropes all over the place: the default font, the installer instead of a zip, the display name being "Made in GameMaker Studio 2"... It's quite fun though.

Im not sure how leaving the default splash screen and not exporting as zip is a "trope"?  Either way, glad you think the game is fun to play and looks good. Since graphics and gameplay are two of the most important aspects, I'd rather spend more time focusing on those than creating a custom splash screen. Thanks for the feedback

Absolute bladder-bursting chaos. So much fun!

Just for SH!&s and giggles. I just keep playing it over and over. haha