A PUZZLE that makes you think
Submitted by Jadegenius — 21 hours, 56 minutes before the deadline
Add to collection 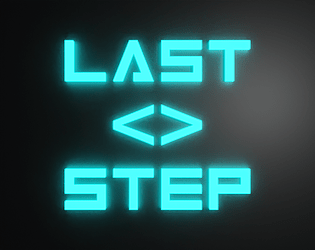 Ranked from 86 ratings. Score is adjusted from raw score by the median number of ratings per game in the jam.

In what way does your game fit the theme?
**It is the core mechanic.**You need use your clone which rewinds in your recorded position and reach the goal. after some levels you can collect more clone which can be rewinded as well.

Did you write most of the code yourself and made all the assets from scratch?
yes. everything is made in these 7days and from scratch

This game is amazing! The difficulty curve is good, I never felt like the game was getting too hard too quickly. The graphics are pretty good. I think it would have been nice if you had some sort of visual differentiation between the start portal and the end portal. Overall, its great. Please keep making levels for this!

I love the game, it's kinda like my game but not totally , I think tutorial could have been better but overall game is noice

Out of many puzzles i've played in this jam, I think that this is one of the most well designed one!

Good job on the game!

Do play & rate mine too if you can, It also has cloning + rewind mechanic, but it is an action shooter game :)

thanks a lot for such wonderful feedback

Will surely check out ur game after i wake up (11:00pm here)

I am so glad u checked my game out

I really like this game :) It is simple but looks and feels quite polished. Also the cloning mechanic is a nice idea. It only took me a bit to use it correctly xD

It did sometimes take me a while to figure out where I was at the start of the level, and as others have pointed out the music could be improved. Apart from these things, the gameplay is challenging and the mechanics are well explained in the tutorial levels. I'm surprised you managed to make so many levels in a week so nice job there too!

Nice game! The concept goes pretty well with the theme, and the levels are interesting :)

What bothered me were the audio & art of the game. Visually it gets confusing to recognise what is what, and the music gets quickly uninteresting.

It was fun playing around with buttons and clones, very nice level design!

Its very unique and different from anything I've played so far from this jam! The rewind mechanic is amazing, and the puzzles are challenging and really fun!

Will sure check your game out

thanks for the feedback. will surely play your game

If any constructive feedback, it would be to use different audio.

Anyways good job ^^ Thanks for trying out my game too earlier

thank you for your feedback

very nice idea with the clone. I saw many games where u have a clone but this one was one of the best ones i ve played so far. Great job dude!🔥

Really nice mechanic! I enjoyed a lot your game. Music might become repetitive after a while, but again well done! Would appreciate if you could check out mine and leave a rating :)

thanks for the feedback will sure check your game

LikeReply
That Indie DudeSubmitted2 years ago

Took me a while to seep in all the different elements in the game, but I got in to the groove eventually.

Do you like games that make you rage? try my game it will be worth your time.

thanks a lot for your feedback. Will sure check out your game

Really good level design! Original approach on the theme too. Art is simple but works, and the only thing I didn't like was the music, the melody is not bad but its sound doesn't feel very good. Except of that, one of the best game design in the jam by far^^

I really enjoyed your game. Smart game design, nice graphics, the ony little point for me is the music that is little short and repetitive but you did everything alone and from scratch so nevermind ;) You made an awesome work !

Submitted
Return To The Princess !
LikeReply
JadegeniusDeveloper2 years ago

thank a lot for your feedback

Great work on designing the levels! It not that easy to come up with good levels from scratch! The game is fairly simple and fun :D Hope you try mine too https://itch.io/jam/brackeys-4/rate/722968

Simple and cool concept! Would to play more content, however you need to rework on the music mad visuals more, very impressive for a jam game, hope u update it after the jam 🤍

i only played first 5 levels, i ll try the rest in my free time since i am so tired and didn't sleep well yet 🤍😎

Despite its simplicity, I liked the art style and the levels were nicely designed. Good job!

As I mentioned on the page for it, I really liked this! I think I've played it more than any other game from the jam so far.

I thought pretty highly of it from the core gameplay mechanics and how well you introduced new concepts. I was impressed with how many well thought out and challenging levels you managed to make in such a short amount of time!

The only very very minor improvement to the gameplay you could possibly make is some indication of which way the coloured walls will move once a button is pushed (some moved in a way i didn't expect and then i had to restart the level;  but it was really such a minor issue because the UI was so crisp and quick, it was easy to restart and get back into it).

If you decide to review my game (which I'd appreciate, but dont expect by any means) you can play a Web GL version here: https://moocow17gmailcom.itch.io/rewind-bullethell-web-version  (it's exactly the same as downloadable version, which is the official game jam submission, bugs and all... but obviously saves you having to download anything)

your comment made my day. And how could i ignore ur game. Will start ur game in next few seconds.

Thanks a lot for the feedback.

Thought the door movement but somehow i didn't concentrate on that too much. Will definitely improve it after jam.

Once again thank you

The pleasure was mine :) I love a good puzzle game :)