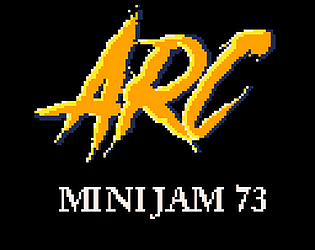 Use of the limitation
Limited the color palette for the art

Love that you made this in pico8! Some ledge forgiveness would have been nice, but this is a solid entry. Good work!

Challenging yet fun game.  There is a bug on the 3rd area where if you die to the first laser you fall and keep falling passing the tile map area.  More levels would be really fun too.

You deserve a lot of credit for making such a short and simple game! The difficulty curve feels perfect, and the ending leaves you satisfied but wanting more. It was a little challenging to figure out the rhythm of the spikes, maybe you should give a warning before they reappear.

Good game! You did a good job designing the game to teach the mechanic to the player.

The game was super fun. The movement was really nice.

Also there might have been a little error when I finished because it said "you finished in -187.9 seconds".

I really enjoy the platform puzzles, and ending wanting for more haha.

The color limitation was great, using it to mark the most important things on the level.

The checkpoint system was increible, letting me try fast again and in the right spot.

Congrats for coming up with a fun and challenge game in 72 hours!

Submitted
Booty In A Bottle
LikeReply
Johan HelsingSubmitted124 days ago

Cute graphics. I love that you were able to pull off cylindrical spiky trap in such low-res.

Good job on you for having checkpoints, and keeping the first few segments relatively easy.

As for improvements, I think the last part (or it was the last part… the one that ends downwards) had a very sudden jump in difficulty compared to the others, and no checkpoints for a very long while. I guess it makes sense with a final challenge, but I felt really frustrated by finally getting past what to me was very difficult obstacles only to be set back by the next difficult bit. It would probably make sense to introduce low-jumping in a part where it’s quick to try again before adding it to a really long segment. I mean the traps and level was ok, I just think it would’ve been nice with one or two extra checkpoints.

Otherwise great job :) I’m really curious how it ends… perhaps I’ll watch the video below of someone not so horrible at it :P

Hey there I am doing  stream feedback, here is me playing your game. I got pretty stuck on the last segment. I did eventually beat it though haha!

Thanks for the feedback, much appreciated.

- The hitbox on the lasers is indeed bad, pico-8 doesn't have hitbox or collision so it's all coded. As a result I did a first "best guess" approach that presumes 8x8 hitboxes, that obviously fails there.

- The last level is spiky yes, didn't get much time to play test it. The idea was part1/2/3 were teaching all the game has to offer, then the last part is all put together, but it's a bit off, should be a checkpoint after the first power.