Voyage in space to discover signs of civilisation
Submitted by Emma — 25 minutes, 34 seconds before the deadline
Add to collection 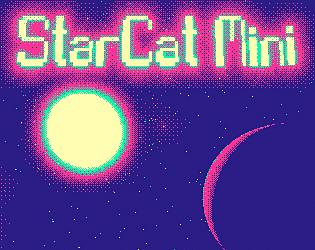 Unfortunately, graphics are buggy in the linux build, but now I have some glitchy screenshots for my desktop 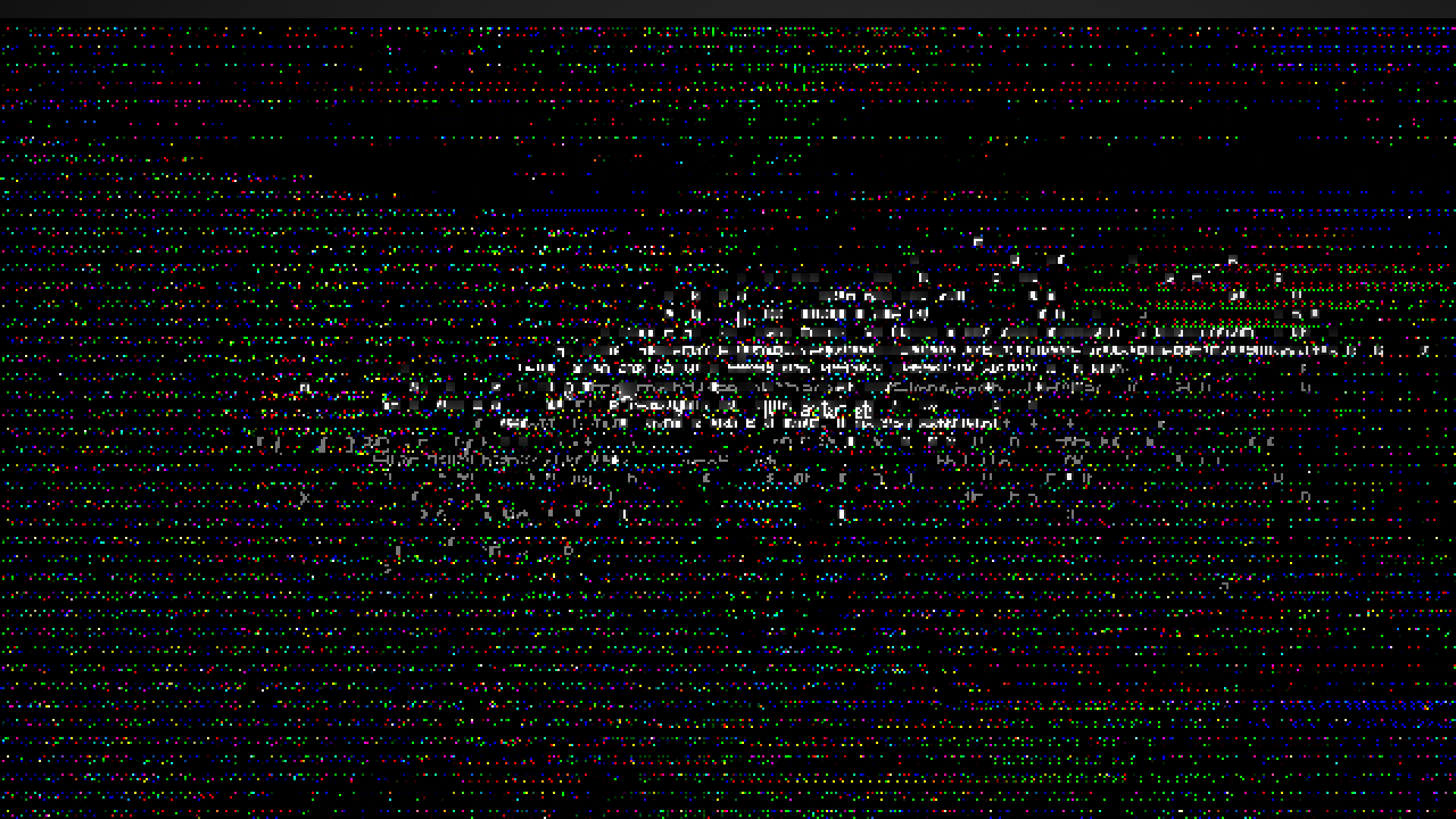 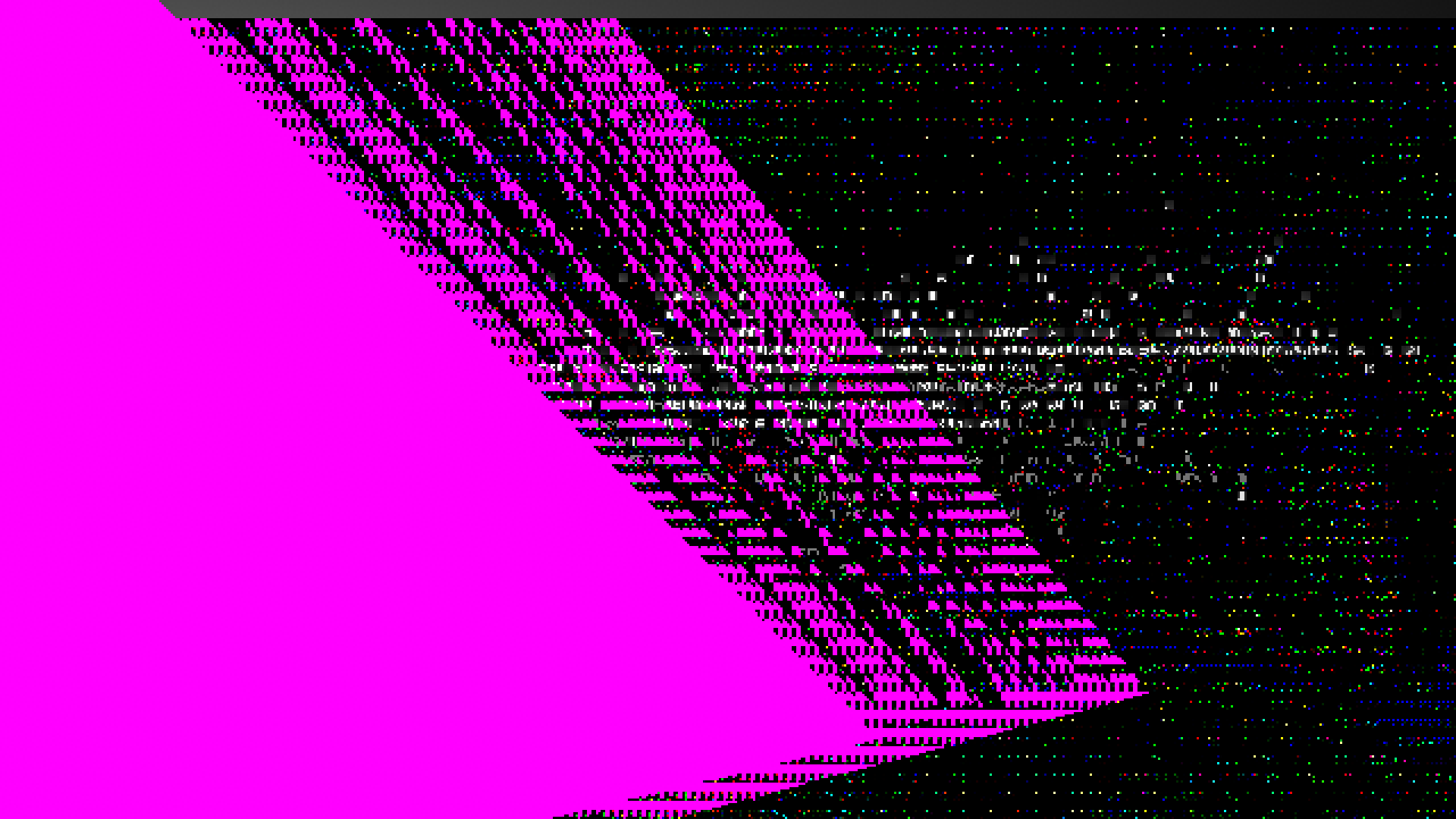 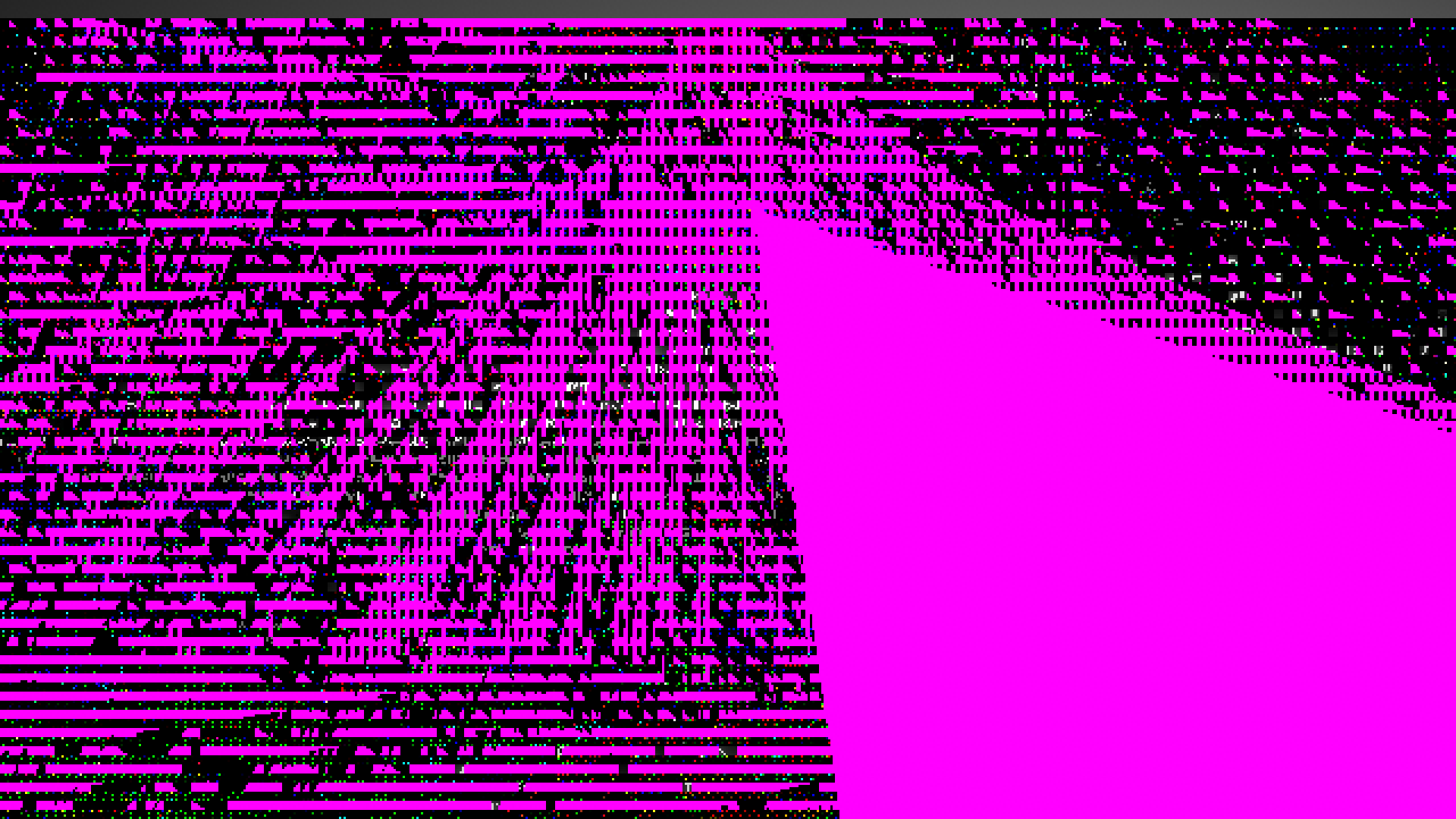 Submitted
Welcome to the VOID
LikeReply
TopperVideoGamesSubmitted1 year ago(+1)

This is easily one of the best looking games in the jam, your use of shaders is very impressive. I like the gradual color changes approaching different planets.

While its a personal design belief that games need choices to be interesting, not every game needs a set goal to be an enjoyable experience. I do like the vast empty feeling that the long travel time conveys. I would have liked if there was more stuff in the ship to interact with during these long travel times. I got the impression that the astronaut enjoys the beauty of space, but it can be boring to pass the time as well. If the game was going for a more story based approach, showing more of the character's story through his spaceship environment would have a lot more impact. Getting a souvenir from each planet would add that slight bit of meaningful progression this game needs.

Great job on the atmosphere, I hope you work on it some more after the jam period ends.

I'm so happy you like the shaders; they took a while to get just right – I'm planning on releasing the shaders because as far as I can tell, they do a few things more effectively and efficiently than anything else out there~ (If you're interested, it's actually a post effect that I also want to reimplement as a surface shader at some point, to allow different objects to have different palettes – sticking to the four-colours-per-ditherpattern, though :)

I hadn't even considered stuff to interact with in the ship while it's travelling, that's such a great idea – it actually currently has to be slow because everything gets loaded in the background while you travel and it barely loads in time; sometimes, if you go from one planet to a different one that's really close by, you can actually see it load in the surface!

I would've liked for every single planet type to have artifacts/souvenirs as well, and I was toying around with the idea of the probe sending back a "postcard" of sorts from the surface of each planet~

Thank you for your kind words~ they really make me happy and keep the developer in me wanting to make more :3

You nailed the aesthetic you were going for perfectly! It's really easy to just zone out while you're approaching planets and feel like you're in space. Would love to play a version without the mouse only control restriction haha :)

Aww, thank you for your sweet words~

I think a simple WASD + more stuff to interact with while flying would be welcome additions, but it was kinda fun to be restricted to only using the mouse – helped me avoid needless "interact/jump/whatever" verbs that wouldn't have added anything to the game :)

Like I said on Discord, Mac version works, so have no fear of that...

The game looks sounds and feels really awesome... There is a scientific aspect that you don't get from many games and congrats for that... What lacks however is user agency... There is no end goal or any apparent reason to go through all this, however pleasing it might be... For example you could have an end goal to gather all four of the materials etc...

This could also be an awesome educational game... There is a ton of information on actual findings of real life exhibitions in the nasa web site that is gathered and is free to use...

Anyway I personally really enjoyed  it and I really hope you keep working on it...

There is no end goal because I couldn't come up with a meaningful one other than like self-decided goals of discovering all planet types or gathering all artifacts – it's a very samey game, really. Maybe the game could open up more or like have an end-game-dialogue after the four artifacts but still let you continue exploring?

I've actually thought of letting people name undiscovered planets and stars (because the galaxy is deterministic, actually) and maybe have some ranks or something based on that? Also allowing people to visit the surfaces and take "photos" that could be attached as "postcards from the edge" to a central database thingie… I've actually had a lot of ideas, but 72 hours is not a lot :p

I'm really happy you like the scientific aspect, I have plans to add much more of that – fun fact: the star types are distributed almost exactly like in our own galaxy, and the apparent magnitude/visibility of stars is accurate to 7 decimal places :D there's a lot of scientific accuracy to build on, really…

I'll definitely have to check out the nasa website and see if I can't make something like "space engine but with a purpose" or something. Really happy to hear you enjoyed it and want more – I have plans!

Visually one of the better games I've tried this jam. I found the controls pretty confusing to find out at first since they are not listed ingame. I also would have liked to be able to view previous probed planet's data or what the artifact I found was and a better way for traversal. Maybe a sort of local star map where you can select which star you want to travel to or enter coordinates, I don't know.

Theres a ton of potential there, great job!

The controls are a bummer, I agree. I've had a few ideas how to improve them but would you believe this is actually the third iteration on the control scheme? (You can imagine how terrible it was before if it's so bad still after three iterations :)

A local star map is a great idea, like maybe instead of the nondescript glowing orb light in the middle of the space ship you could have a hologram starmap with star type filters and stuff?

Thank you so much for the feedback, and I'm really happy you thought it was pretty~ :3

Yeah exactly, its what I was thinking. A big star map in the middle of your ship that shows you a visualization of everything around you, then you could just navigate that way

I like how you lead the player by showing that there's X types of planets, and that they can expect to find civilization artifacts.

It's a tiny bit slow compared to your typical jam-game. That's not a bad thing.

Great audio, great shaders, great controls. Really felt like I was on a starship. Better than no-man's-sky.

Yeah, it actually gets really slow to play – once you've visited a few planets the travel time is a bit dull because nothing happens I guess?

I'm sooo happy you like the half-sorta-progression displays I added, they were a last-few-hours addition to sort of give a sense of "getting somewhere" and how much to expect from the game. And also happy that you think the game is good :3

Your comment means a lot to me, I was really scared submitting because this is the first game jam I've ever entered, but the feedback is so great~

Very nice and calming game! The only thing I don't like is the slots-like sound effect when the ship is moving...

This is definitely a contender to win!

Hah, it was actually meant to be a chiptune/gameboy-like sound (to go with the lo-fi art style), but I can totally hear now how it's more like slot machines and now it annoys me a bit too :p

Anyway, your comment really means a lot to me – this is my first jam, I watched you stream my game and the feedback is invaluable! Thank you!

Very calming. I really liked exploring and finding new planets! The controls are just not the best though. I agree with Solroo on this.

So happy you enjoyed the game!

And yeah, I agree with Solroo too :p

I'm not sure how to make intuitive first person controls using only the mouse, but honestly the gameplay is simple enough that a smaller spaceship with the player fixed in the middle (like in a capsule) could've worked without having separate move and look controls – it's not like moving around the "spaceship" actually does anything~

Anyway, thank you for playing my game, it really means a lot to me~!

The visuals and complexity of the game scene is remarkable.

I just found the controls counter-intuitive (i would rather move the camera orientation without clicking, and navigate while right clicking), that's the only reason i did not play longer.

I actually tried a few different control schemes… The control scheme in the game is the least terrible one I came up with, which says a bit. Your suggestion might've been an improvement, though? Either way, thank you for your feedback~!

I also found it difficult to determine what would be easier or more intuitive for other people than myself, because I just got used to the controls from all the playtesting.

Running the game on friends at the end of the first day is a very good idea! It sometimes takes you on an unexpected direction, but it tends to surprise in a positive way.