A 2D Platformer/Pong mashup
Submitted by MyLawn — 6 days, 13 hours before the deadline
Add to collection 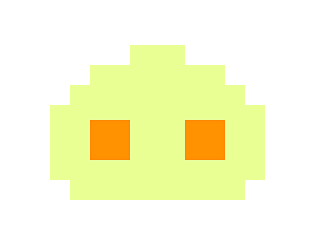 Theme interpretation
The theme is incorporated by meshing different gameplay mechanics, the player morphs from a standard 2d platformer character intro a PONG paddle while staying in the 2d platforming world.

It could also be said the player is a hybrid as they gain an alteration to their character by growing an arm in the fourth level.

I've been waiting to play this game since I saw it on twitter, it's a great idea and very well done. I really enjoyed this game and I definitely hope to see more in the future! =)

This was fun, and even better: funny. Thanks for being clever!

The text scrolling could be faster, or there could be an option to just splat the whole text box on the screen, like if someone's hammering on a button or whatever. Still though! Fun! :)

Just an all around fun and clever experience. You had me smiling the whole time, and laughing out loud throughout the ending. Only wish that the tutorial lead into more than the final PONG match, as those mechanics were super interesting, but as we learn at the end, a month is far too short a time to make a full game. :)

Nice story and mix of pong with platforming! I got stuck inside the spikes but other than that its a very solid game!

I like the simple, but cute visuals. The chiptune is also really good. I think the intro should be skipable and the text speed should be faster. Otherwise nice game.

I brutally murdered the wizard, but I'm sad that there was no follow up on the communist regime plans. :-D

What should I say. This game deserves to be on the Adult Swim channel. It's not top-notch on the graphics, but the gameplay was well varied, mechanics were good, writing was super, there was a story and there was an end goal. An amazing job, really!

I previously said Grim-Cruise was my favourite, but I think SlimyQuest beats that by a lot. ;-)

It was really a neat and lovely concept.  I like the idea of the mechanics. You can work on the game's aesthetics to make it more appealing.