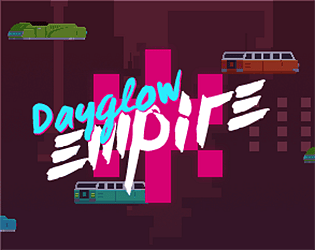 This game is beauty

Those goddamn ducks! Looks neat. Leeloo would be pleased ;) Could use some more jump control though.

Awesome! That was like Mirror's Edge but with vastly more vicious ducks.

Nice art+music. Same criticism as others regarding the jump. Does not seem intuitive.

I kind of had a hard time getting going. Mostly because one needed to build up run-speed before jumping and had very little maneuverability in the air. If one could jump almost as far or as far from standing still and have a little possibility to adjust it would be really nice game. As it is now, it starts out very hard and I think it would have been more enjoyable if I had gotten somewhere on the first couple of tries. The police could wait a little too and not join directly after first jump (almost).

Besides that, a nice game and I like the effect of the cars reacting to the landing! That had a very nice feel.

really dig the presentation of this game as a whole.  I also love the new take on Frogger.  great job!

Hey cool game, the jumping physics take a little getting used to but really catchy gameplay and great aesthetics.

Very nice job! Everything comes together in this for a small, quick, complete experience. As others have stated the uncontrollable jump takes some getting used to, but I think it's also part of what makes the mechanics/flow work together. Had to always think about timing my jump so the cop wouldn't shoot me while I was coming down.

I really wanted to play this one and I'm not disappointed! Looks great, music is great.

I just think the inertia of left/right movement while jumping shouldn't be so much. It makes the game more difficult for nothing.

Great graphics and music, though controls were a little frustrating at first (until I got eventually used to them).

I enjoyed this. A really attractive game. The only thing that put me off was the upwards, non-running jump, which I kept accidentally executing when trying to jump forwards.

I died more often by the lack of control than by obstacles, that also meant I didn't get really far. I think having a bit more control to the jump while in the air could help. That would also mean I could jump to the side while standing still. Now I need to be running to that side before the jump is effective instead of a kamikaze dive to the abyss. If it's this hard on purpose a rewarding counter of how far I am could really help motivating to try and get a bit further each time.

Aside from how the controls left me feeling out of control in some situations the rest is really well done. This still made up for a good synergy.

I just wished I could move myself to get further (retrying over and over)!