A sidescroller shotter where you just need to follow a path hahahahaha... also a metroidvania.
Submitted by Douglas Asted — 4 hours, 31 minutes before the deadline
Add to collection 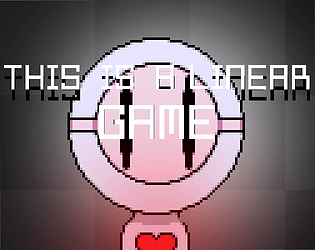 I loved the game , one of the best games that I have played in the jam , I like the idea of upgrading but I wished you added a save method (which I amn't sure If you have already done that), and maybe adding some background music . But everything else is great I like this type of games

Lots of features :) Nice work on the game jam! I didn't feel the theme too much and some background music would be nice but other than that solid work man!

Submitted
Alone In The Woods
LikeReply
ALMI GamesSubmitted177 days ago

To be honest I didn't really get the story, BUT don't ask me why but I found myself playing this game for a long time, wanting to know what would I unlock next.

The only part where I had some problems is on the zone with spikes and a timer, I don't know why but sometimes my dash didn't work.

Awesome job for a weeklong game! While I didn't really get the story, i do really love the emphasis on replayability (and especially the dual-level design). it absolutely made the game last a lot onger. The only real problems I have with it is the slightly-finnicky controls (for some odd reason, jumping seemed to reset my X velocity every now and then) and the death sounds for the enemies being a tad too 'crunchy'- ie they're really loud compared to the other sounds. Again, though, very well done! Game was a joy to play.

Submitted
Land of the Lard
LikeReply
Crazy474747Submitted177 days ago

Enjoyed it quite a lot. Good work :)

Submitted
Is it wrong to try to pick up aliens in a mine?
LikeReply
seabirddigitalSubmitted177 days ago(+1)

Love the game, like wow - the game design and graphics are great - it looks like a really polished off game and definitely not like a game that was made in a week

Ok. I had some problems with your game at first. I played it on my 144 Hz G-Sync Monitor and the dash button press did not register correctly. But to your luck, I also have a 60 Hz monitor and there  the dash was registered correctly. So I was able to finish your game.

I have to be honest, I did not really get the story of your game. But let's start off with some positive stuff. Your Level design is very good. I know from our game how much time it takes to design levels. Especially if you have upgrades or new abilities. I also liked the idea of getting a new ability after the first play through.

Unfortunately, I only played with the new ability for a few minutes, because I already played it two times because of the monitor issue. Additionally, I really don't like the characer controls. It's way to floaty for me. So this is something that I would change. If you like it that way, it's ok. You can't make everybody like your game. I also think that your enemies should die faster because there is no real reason why they are in the game in the first place. Most of them you can just ignore.

But hey, awesome job for one week. Especially because you did that alone.

I have one question. Do the gun and shotgun deal the same amount of damage? Because they felt the same.

Maybe you want to checkout our little platformer too ;)

Thanks for playing! yep the gun and shotgun deal the same damage, the gun shoots one bullet that gives 1 of damage, and the shotgun shoots 5 bullets that gives 0.2 of damage so it's the same thing. The story is really a big mess i was triying to create a story for six days of the game jam and in the last day i notice that i dont have time for that so i change the entire story. And i also wants to change the jump, i just was with  no time. (sorry for any english erros i am not native english)

I will try your game now, really thanks for the review

Yeah, it's fine that your game is not perfect, because it will most likely never be for a game jam. The time restrictions are crazy. It was one week but we also had to cut out stuff from our game. It's just important that you keep track of what you still have to do and start throwing out features early on. Focus on the main mechanic of your game. In your case the platforming (same in our game :D) and really get the controls working. If you take longer for it to feel great then you should start thinking about changing the story early on so that you get everything finished until the end.

Nonetheless, as already said. Great job for being alone ;)

The design Is amazing