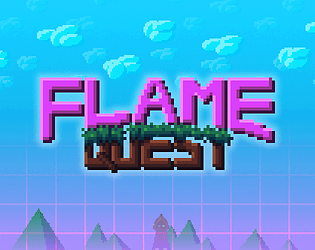 Nice game, but could you make it fullscreen by default. I wasn't able to maximize the window, until I messed around in the scaling settings of my screen. The visuals of the game are great and the music was fitting. Though, the death screen flashes pretty intensely and some parts are a bit difficult. I also didn't see the connection with the theme.

Lovely visuals.  Rich colors and cohesive palettes.  Fitting, light music.  Adorable character!  I can see this little guy getting famous through this game.  The movement felt tuned.  The controls were nice and tight.  Loved the butt bounce mechanic - shout out to Mario.  Rated - awesome entry!

Love your game so much! Definatly in my top 5 for game jam!!

Excellent game. You can crush things with your butt. Just like in real life. 10/9

Great game, the graphics are too cute! : 3

Sick game! I love the art and design!

if you want to check out my game ~ https://moolordking.itch.io/candour

This is a really great game, flawless in many aspects and with a lot of work clearly put into it. I was missing the "lie" part a bit though, even if you mentioned the huge pants were lied to at the beginning. Still, a really fun game :D

Thank you! I tried being original with the theme, but in the end it just feels like i tried to avoid it :/. The idea is that the game lies to creatures in the game to trick them into fighting with the player, because why would someone want to fight with someone with a chance of death for no reason y'know?

Can you check my game too?

Really great game! Wish I could jump using the space key though.

I hope to see your game in another game jam.