Blood sucking leeches... or a valuable power source?
Submitted by davidmaletz (@davidmaletz) — 14 minutes, 49 seconds before the deadline
Add to collection 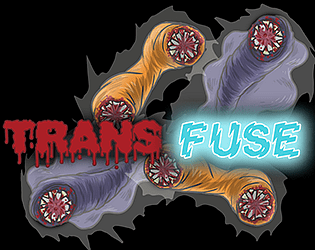 Amazing art, a little bit on the hard side, perhaps it could be a little more slow placed? Great tower defense concept overall!

One area of improvement could be that the turrets should be bigger to indicate that it could block off the ground leeches (or maybe that's intended?).

Tower defense with a cool twist! Fun and great graphics and sound effects too!

Played your game here, it was fun~

Lovely polish on this! Cool twist on tower defense too.

since a lot of people seem to be having trouble with the controls, I posted an update with tooltips for all the buttons. Let me know if this helps!

I like the idea but as other said found the controls really confusing at first. The graphics and sound are awesome. But the confusion made it not that fun to play, also the balance seems off it became really hard way too quickly i feel. Maybe i just suck.

Fun game, but i missed some kind of tutorial... Great game for 48 hours, Nice work!

Love the idea of needing to let the right amount leak in in a TD game.
Solid jam entry!

Submitted
[JAM] Another Day in the Garden
LikeReply
merlin4Submitted5 years ago

Good graphics, but the control scheme could be a lot less cumbersome.  The placement of the keybindings is less than optimal, and using the mouse position for building/shooting means its not the best candidate for xpadder.

I think tooltips on the buttons would be helpful. When I first got in I had no idea what each button did. It was definitely a weird non-intuitive thing of having the leeches being useful but also harmful but it soon became obvious when you saw the fading numbers showing what the leeches did when they hit you. I would complain about the balance being a little off. I'm guessing the enemies are randomized but instead, having a steadily increasing difficulty might make the game more approachable to people (like me) that find it really hard. And this is coming from someone that enjoys a good tower defence.

Overall a great game made in 48 hours! Great job! :D

Definitely the first thing that pops out at you (besides the electric leeches) is the graphics, very polished! Nice work on this one