Submitted by Gigi42, Nixon (@voxellstudios) — 3 days, 16 hours before the deadline
Add to collection 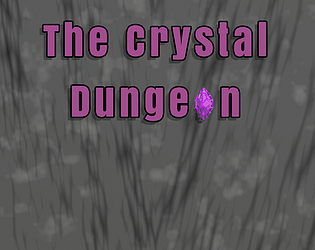 In what way does your game fit the theme?
The main mechanic is that when you press space the time rewinds and the crate goes back

Did you write most of the code yourself and made all the assets from scratch?
yes, we did

Submitted
Run It Back
LikeReply
Gigi42Developer340 days ago (2 edits)

Hi! After you press space the crate moves back in the same path that you pushed it before the rewind.

So you are supposed to push the crate in a way that after you press space, on  the way back- it (the crate) will push the crystal to the door.

Remember not to give up   ;D

Fun puzzles with unique box moving mechanics. There were some bugs with moving through the box while pushing it and it made it hard to beat some levels. Lots of potential here, awesome job!

Nice. I liked the graphics, music and the rewind mechanic. But unfortunately I'm just too smooth brain for this lol.

Great! I like the level design, your take on the theme is interesting. I love the music too!

This is an excellent puzzle game, and the mechanic of the game fits perfectly.

the bugs can break entire levels. I think you tried to use physics instead of making a grid-based game, and in this types of game, it generates all those bugs. Instead of using the physics engine of unity to push diferent things, you should use transforms and animations. that way, the player, the cristal and the box will always be at the center of the grid square and the physics engine wont do weird things like pushing the crystal to the side (but this requires much more coding than using the physics engine, so its understandable if you dont want to change it).

you could also maybe fix the issue by making the box collider of the box a little smaller than the grid square, and if you are using a capsule collider for the crystal, changing it for a box collider (to avoid pushing the crystal to the sides when it should move forward). this would be a lot easier in comparison to having to write entire new code for the game mechanics

Overall, the game is really fun, and the puzzles are great, Good job :D

Very nice! its a fun little game and fits the theme perfectly! I do have to say that i don't like the controls, the don't always respond well and i get confused non stop what direction button i need to press. Not sure what would work better, but this is not it.

Also the tutorial was (for me) not super clear that i had to push the crate to move the crystal. Maybe i missed something but i was trying to move the crystal without the box and got a bit confused. I really had to figure it out so maybe making it more clear with the box that starts flashing so i know that i need to move it? After this i love the mechanic and it was harder then i tought just moving a box and thinking ahead. But it really was a lot of fun!

I would also say the game could do with a bit more visuals, maybe a moving background, some partial effects. but that's not really game-jam stuff but it felt a bit empty sometimes. But its understandable :D but still i really liked it!

thanks a lot for the feedback!

Yeah, It's big brain time. It was harder than I thouhgt lol. Really nice game design. I don't want repeat it,The other comments already told the buggy part that I encountered. Maybe my feedback is adding the "WASD" move control would be neat. Overall it was fun to play :D

This is a cool puzzle mechanic! It took me a little while to get the knack of it but once it clicked with me I really enjoyed playing through the very interesting levels. The difficulty curve is really nice and I never felt overwhelmed with the increase in complexity. With a bit more polish and bug fixing this could definitely be a full game! You could expand on it by adding other objects that behave differently to the crate, or you could add other tiles like conveyor belts and one way doors. Really nice submission!

I really liked the audio! I also like how you guys did the rewind. A bit buggy sometimes, but so is my rewind, plus it is a gamejam so every game will have bugs :P.  But yeah, the music was great! This is also a really unique artstyle which I enjoyed a lot. Good job with the entry :D. (Also the intro text was funny, I liked it.)

I really liked the music and art in your game, it was fun pushing the crate around, although maybe a little bit of screenshake wouldn't hurt. Also I encountered a bug in which the crate once pushed, keeps floating over the ground in the direction given. But overall, good submission, it fits the theme and was fun to play, keep it up!

I love the puzzles and music, movement need a bit of work but overall good entry

Really nice game! The art looks pretty and music goes well with it. The idea is also cool and levels built around it do a good job increrasing difficulty.

I did find movement a bid weird since pressing down is actually kind of going right (that might be just me lol) and sometimes the game is a bit buggy, but overall really good entry.

Maybe letting the player hold a key instead of pressing it for every block would be a nice touch. Still, very good game and I enjoyed it a lot. Keep it up!

Would highly appreciate if you could check out my game and leave a rating :)

I think that you are right about holding the keys instead of pressing them..

A good 2.5D puzzle game! Well done! from level 3 it makes your brain tingle a bit.

Submitted
Ghosts of Futures Past
LikeReply
Gigi42Developer348 days ago

Love puzzle games like this. Good puzzles and was easy to learn.

I would love to!

Great game, i love Isometric view games and this one really one among them i loved the visuals and it is really fun to play. keep doing the great work <3

The movements are buggy. But still, the puzzles are great, especially the music!

We had only 4 free days instead of 7 so we wasn't able to fix all of the bugs..

Hopefully you had a fun time! (:

Really simple mechanics with good puzzles, the only problem i have with it is that the movement is pretty buggy. Sometimes when i push the block i just pass through it and the block goes back.

Also The block sometimes can be pushed onto a cell with no floor, is that intended?

Thanks for playing and the feedback!

We know about the bugs and if we had a bit more time we were able to fix them..

If you have any feedback please write it in the comments!