Submitted by OwenSenior (@OSTSenior) — 3 hours, 34 minutes before the deadline
Add to collection 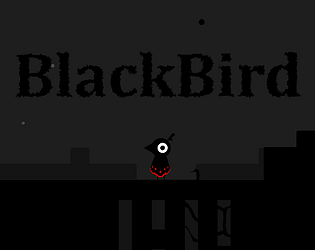 That game is just so frickin beautiful. The animations are soo smoooth and I love the soundtrack!

and one more thing, how did you animate the dragon thing? is it skeletal animation with IK?

Wow! the art and animation were so smooth, it reminded me of Gris and Journey, Maybe making the soundeffects a bit less strong and giving them more varaiaty would have refinned it, Amazing work.

Oh my god this game was incredible!  Release this game!!!

Congrats on getting first place overall! :)

The most visually attractive game of the jam. Loved the cinematics and also the atmosphere of the game. The music was also magnificent. I still wonder how you made that in 7 days.

Submitted
Maze of the Neglected Triangle
LikeReply
eldonutjaja1 year ago(+1)

i think this is easily the best game for the jam, i loved almost everything and the enemies creeped me out, the artstyle is awsome and the little music there was too.
awsome game!

This game is truly impressive, more to the fact that it was only made in 7 days, I loved everything about it and I can easily see this as a complete product I would be willing to pay for, excellent job, my favorite entry for this jam, congratulations!

Was this really made in 7 days? It's so polished and has so much going on in terms of animation, backgrounds and overall polish. I didn't rate it because it seems too good for 7 days to me. It is my first game jam so what do I know. If it was truly made in 7 days, that is an astounding accomplishment

Submitted
Raider of the Dark Temple
LikeReply
EliteOneSubmitted1 year ago(+1)

Your art style gave me a "Monument Valley" feeling. It was just great. This is a game that can be expanded upon and sold. Everything from character to music screams quality. It is so polished as well. Thanks for this amazing game!

Please take some time to play and rate my game as well. I would really appreciate it! Thanks a lot!! Cheers!!

I mean... This was awesome. Great game. I could see myself paying for this. The ambience, you feel really tense, the character is beautifull, the music, sound...

The only thing I missed was the camera following the character look (since you make such an awesomme "look down", "look up" animation, if also the camera would go along it would feel great and also would be good for the big fish-like monsters areas.

Thanks for a great game!

Really great character design. The little facial expressions are great. I love the SFX too. I also enjoyed the change in background color as I progressed and the introduction of a companion to provide me with a double jump. The level design though felt very haphazard. Especially the mine placement, which I think you went a little crazy with to the point that they felt more like decorations than hazards much of the time. The SFX that went with them also was pretty grating when 10 of them played in rapid succession. I did really enjoy my time with the game overall. It's already pretty professional looking and feeling. I just think that the levels really need reworked.

Saw that this game was being talked a lot about in the discord and after playing it myself, it's for good reason!

To start off, this is an extremely polished game for a game jam. The animations for the player, fish companion and monster enemies (they remind me of giant aggressive tadpoles for some reason) all look really nice and smooth, I see from the comments on your game page that you used procedural animation to achieve that which is cool. The minimalistic art style is utilised very well and adds to the overall atmosphere of the game along with the particle effects and the player character reminds me of the character from journey but with a bird head.

As for the gameplay, the player controls very well. It was pretty depressing though when my character accidentally hit a bomb and then its lifeless body proceeded to get flung around as it detonated more bombs XD. I really liked the fish companion as an indication if you could use the double jump or not. The only thing I didn't fully understand was what triggered the tadpole monsters to become aggressive as sometimes they'd be fully turned around while I was moving around and they would suddenly become aggressive.

The music and sound effects were excellent too and I particularly liked the sounds the tadpole monsters made.

Overall, a game well deserving of one of the top spots in the jam. I do have to agree with some of the previous comments that innovation is marked down a bit as when you set aside the great amount of polish, it is a pretty simple platformer. I do however think that this does not detract from any other areas of criteria as I still believe you achieved the jam's theme through the minimalistic design as well as design through subtraction. Amazing job!

Submitted
For Greed and Glory
LikeReply
JnEL1 year ago

Congratulation for your game. All is mastered from beginning to end. I'm not sure about  theme and innovation, but all the rest is almost perfect !