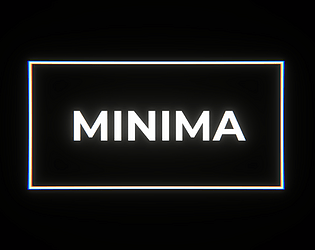 Ranked from 52 ratings. Score is adjusted from raw score by the median number of ratings per game in the jam.

Hey devs! If you'd like to submit a speedrun for my game, drop a screenshot of your final time as a reply here on in the comments on the game page and I'll update the leaderboard!

It is a good and enjoyable take on the die and retry platformer style : it looks very clean, and the target set right at the beginning to finish the game in 3mins is a simple, yet good insentive.
However the gameplay and level design are very conventional... There is a little bit of something missing to make a truely memorable experience !

Thank you very much for the kind words! I'll be taking this into consideration for future projects - thank you! :D

AWESOOOMEEEE DUDE!! How did you manage to do that in just a week?!

Hehe, thank you! I just sort of worked on the mechanics implementing them bit by bit, and seeing what worked! More in this video here! :D

This game is amazing, how long did it take for you to create?

Submitted
Maze of the Neglected Triangle
LikeReply
IcosoDeveloper138 days ago(+2)

Thank you very much! I worked on it for a span of around 5 days before I submitted it!

Thank you so much, my friend! :D

Great game! Aside from minimalist graphics, I think you also proved that game feel can have a great impact on a game. I never like to speedrun games, but this game's feel made me want to do it.

Thank you very much! I'm glad you enjoyed it, and thank you for the feedback! :D

One of my favourite games of the jam! I remember seeing some of it in the work in progress section of the btp discord!

Really love the minimalistic art style of the game as it gives the game a really clean look. The gameplay is also really clean, with the way the player character moves being very tight and responsive, overall feeling very refined. The small number of mechanics that you have developed for the game are utilised very well and lends well to players finding ways to lessen their time by utilising the mechanics in the best way possible. The timer is also a good incentive to get people to continue playing so that adds replayability which is good.

While I understand the adherence to the theme being the minimal aesthetic of the game, I don't it's a very creative use of the them but please don't take that to be a bad thing, I just think there could've been other ways you could have adhered to the theme. It could be argued that since you have a small number of mechanics, the fact they are utilised in multiple ways to create interesting platforming rather than introducing a lot of redundant features, could show less is more so there's that. Because of that, I felt I would mark down adherence to theme to 4 stars but as for the rest, 5 stars :)

It's overall a really simple but very refined platformer that I really enjoyed playing. If you end up developing it further, I looked forward to seeing where you take it as I think it could make for a very good speedrunning platformer. Great work!

Submitted
For Greed and Glory
LikeReply
IcosoDeveloper139 days ago(+2)

Wow! Thanks so much for the lengthy reply, and I really love all the feedback you have given me! I'm so glad you enjoyed the game and I'll be sure to take everything you've said into consideration! Thank you so much again, man! :D

Wowww haha thanks so much! I'm super glad you liked the game! :D

impressive how many different mechanics and challenged the game has. Simple and to the point, love it

Thanks so much, Retsa! Appreciate the nice feedback! :D

Cool game! Review video below, really liked the mechanics and managed to finish it!

Submitted
Into the Blizzard
LikeReply
IcosoDeveloper140 days ago(+2)

Thanks so much for playing and making a video on it! Really appreciate it, dude! :D

Thank you very much for playing and the nice comment! :D

Hey, your devlog just got in my yt reccomandation!! And i've gotta say that it was totally worth it to take the time to checking it out for myself: The game is fr*****g awersome, man!! Good Job, Man!!

Oh wow, really? That's awesome! Thanks so much for telling me! :D

I really appreciate the kind words about my game, thank you so much! :D