A new version of the game has been released, so the feedback in this topic has been archived. Please direct your feedback to the latest feedback thread in the main forum.

Post all your general feedback on the prototype version here!

ABSOLUTELY LOVE THIS; plz never stop developing this. <3 I have no useful critique just well wishes.

God this is such a cool concept and it works incredibly well. I always toyed with what would need ot be done to have a sense of "party" with relationships and make them impact gameplay, and this is such a good implementation of that.

The idea is amazing. The mesh with chess is interesting, but I don't think it's what makes the game. It could be classes particular to this game instad than ches spieces and not much would be lost, maybe even gained (The queens felt so OP compared ot the pawns, and having just one move each turn incentivises not using weak units at all. Maybe you should be able to move multiple units in a turn)

I also toyed a lot with a concept for a game similar to maybe hearthstone, but instead of building a deck you build a board and with your prebuilt board you fight other players. Maybe that's the direction this could take.

I don't know, I'm just rambling. This concet really inspired me, I hope this grows. I'm sure I'll steal some design ideas for some projects of mine in the future.

If you need any help, apart from the highest praise I can give, just tell me, I'd be delighted to help.

Thank you for the feedback! I think I agree with your comments on balance, using existing chess pieces was kind of just a way to make the scope of this idea manageable and get it off the ground into a playable state - but I think you're right about coming up with custom unit types that fit this particular design and working on balance. Will be thinking about that as I build out some other features :)

Sorry but could you clarify what you mean? I assume you're talking about this screen: 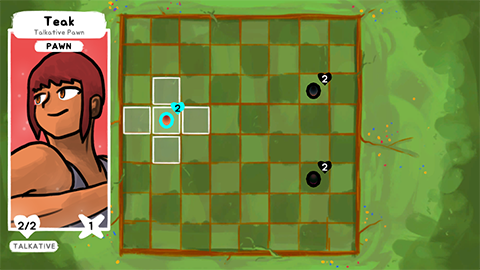 Is the grid here not displaying properly for you, or was there some other issue?

Oh..there were no graphics other than the game options and enemy/player tokens 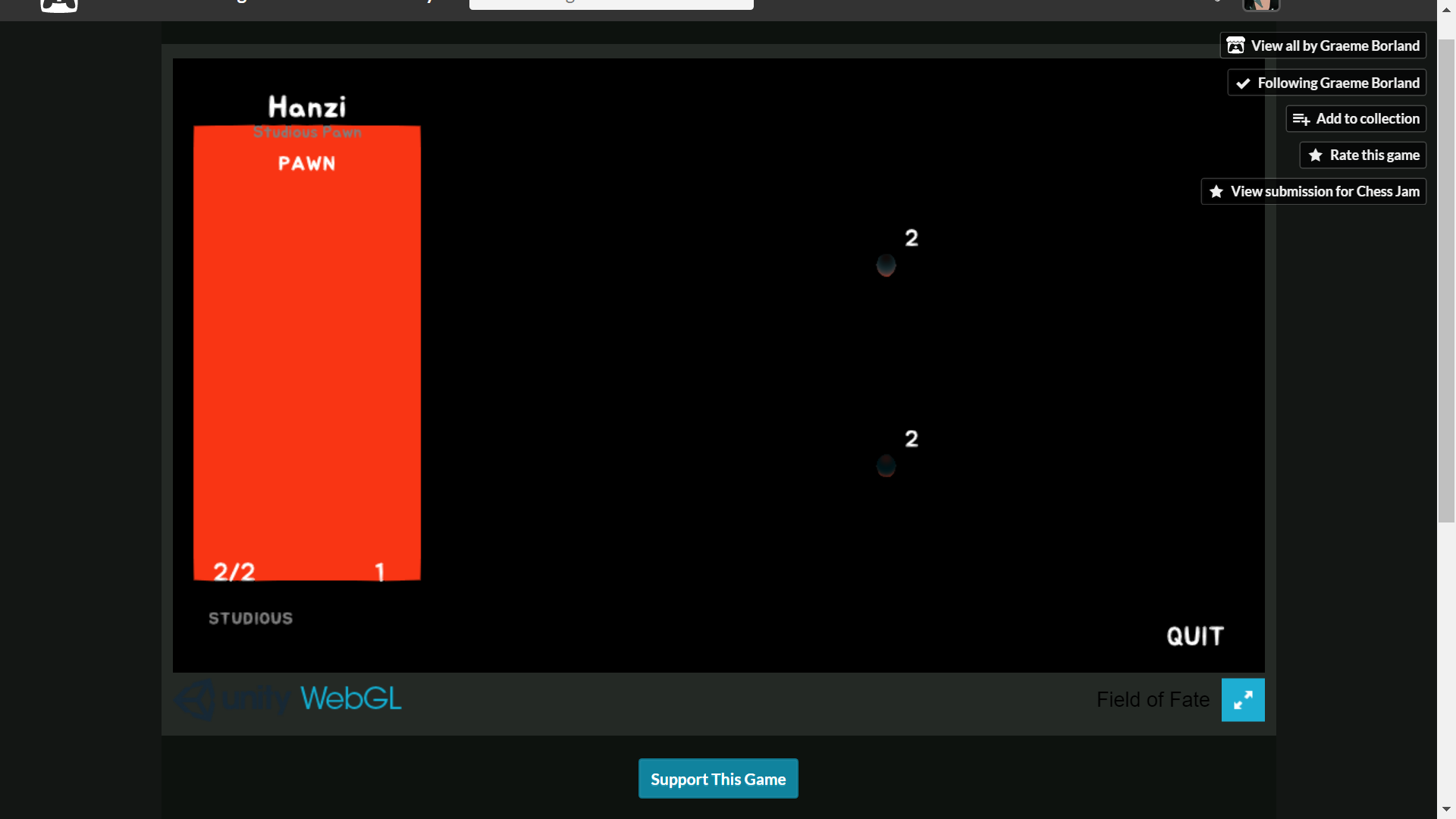 Ah, well that's not good! Could you give me some information about the computer you're using? Knowing the browser, operating system, and video card would be helpful.

I'm using a laptop. the browser is chrome.I have windows 10 and I don't how to check my video card

This is an amazing game, the gameplay is the most innovative I have seen in a while. Are you still working on it?

Thank you, yes I plan to develop it further :)

I'm very glad to hear it. Are you planning to release a standalone version for Windows or Linux?

At some point in the future, yes.

Oh man, you made the game I wanted to make. You went into my head and stole my Ideas! Mind thief! ;)

Seriously. I like this a lot and I hope you continue working on in. The level of polish is incredible.

Some notes I made:

I'm totally following this game. I looking forward how you're going to develop this further. Great Job!

Thanks for the notes! I definitely agree about range checking on hover, and I'll make a standalone build at some point in the future.  Having HP on units is something I really want to do, so I'm going to try some other things to maybe address that feedback in a different way :)

The pawns do move a little bit more like a king, except the pawn can only move at angles when there is a piece there.

I like this a lot! The only thing is - the AI is very bad. It let my Weathered Knight kill all its pieces while focusing 1 damage attacks on a Sleepy Bishop... which healed every time...

Yep, that's definitely something I need to improve haha 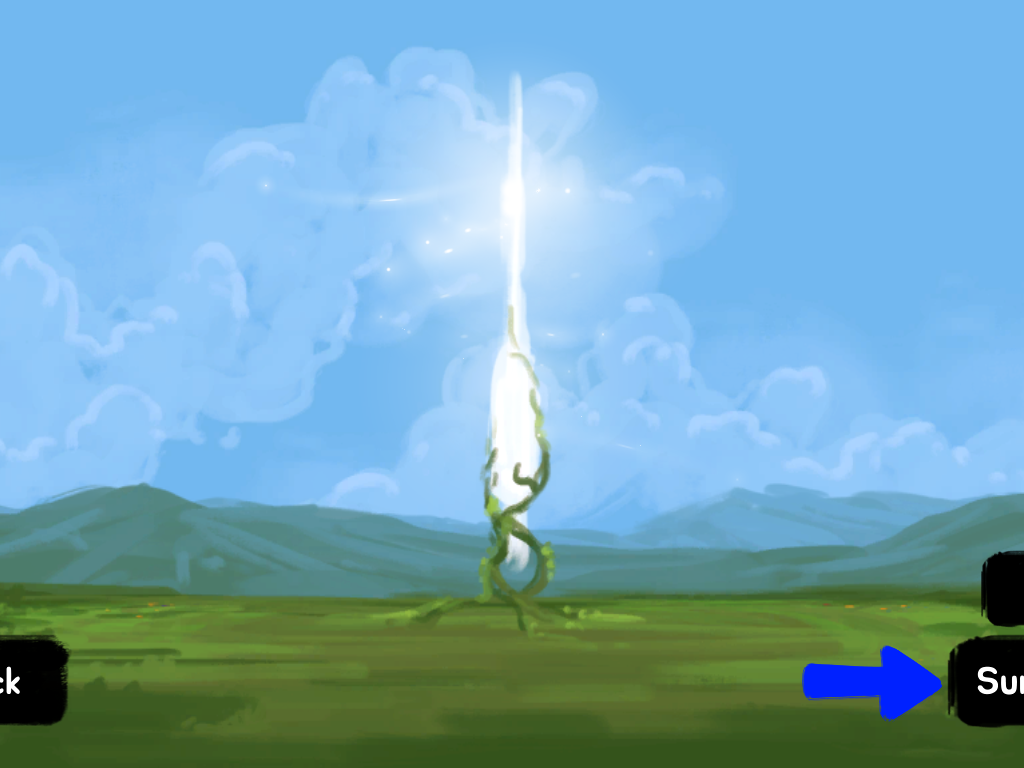 Thanks for the report, I've added this to my bugs list (as well as your other comment).

Also it would be nice if the Easy difficulty had more levels to play, since I'm not very good at chess and I always lose on Medium difficulty.

Can you get to work on making it save? Because I really want to see that mechanic in action so that I can play this anywhere without having to start over. I know game designing is difficult, but you are still amazing at making games! I love everything you have made (that I've tried) and will continue to play games from you! Keep up the great work.

IMO the mark of a good game (or good game concept) is that it inspires you to think about it and it's mechanics. I feel like with what you have here already I can see a great game. Some ideas I've had while playing:

-Have pawns only be able to move in straight lines and attack diagonally, similar to real chess but not limited by direction. Right now, pawns are very often more dangerous than anything short of a queen, which seems wrong.

-Have some sort of limit on the number of traits a unit can have, and make it possible to cancel or remove gained traits. It seems way too easy to just stack every good trait on one queen and use that to win every game. Also, it'd make specializing/balancing units a more important consideration.

-Units with shared traits get a weaker version, e.g. an unit in a relationship with one that has "sleepy" would only get +1 health; which makes the initial trait a unit has more important and influences how the play builds relationships.

-Maybe have separate "light" and "dark" square bishops? Not sure how this would balance out, but it would be interesting.

-Definitely do... something with kings, to make them more important. Probably not like in actual chess,  since that'd get a little silly, but maybe have them give some type of buff to the rest of the team while they're alive, or heal units next to them, idk.

Went out of my way to make an account on this site, which I've never been on before, to leave a message for you because I absolutely love this game. I've found chess hard to grasp at times, but this actually has helped me to visualize moves in the game better. The art is darling, the music is soothing, the gameplay is engaging and makes you happy to work towards the next step. Over all the concept is inspired, and I really would love to see this game taken further.

Actually, to go on a little bit: I especially enjoy the interactions of the characters between moves (bonuses and such), the ability to "build relationships" and share traits. I love the very eerie differences between the "white" pieces and the "black" ones--the black design is just too friggin' awesome. I kind of hope that this is developed to a point where I can save games, and maybe even play some of the opposing side of the board. (I'd probably even dig it if you got dialog or interaction between your summoned characters eventually, but that might just be me.) That being said, if there's a story, plot or worldbuilding you wanted to build, I'd be all for it. If there wasn't, it's still a very nice turn-based RPG game.

Thanks for the opportunity to play it, friend. I'll hope to check back in if there are any new developments!

I'd love a list of what all the traits mean. It also might be interesting to have certain traits be incompatible or make it harder for a relationship to form.
The kings and the pawns are  similar in their strengths, there should be a way of balancing that. I think pawns should be weaker but with with the ability to become stronger. For instance, making the movement as in normal chess, but if they reach the other side they can gain one random trait.
A very interesting game for sure!

Can you make it so that the pawns behave more like actual chess pawns? Because I think we should be able to trap the pawns like in real chess.

I think that the non-directionality is great. Maybe Graeme can add the ability to move two spaces on the pawn's first turn, though.

- I find it often that I get stuck in an endless loop, like a pawn chasing a knight in a loop.  I have never played Chess before, but I think endless loop can happen?  It would be frustrating if the player has to give up, or if the AI gives up, it would be less rewarding.  So I think maybe you can implement some mechanics to prevent this.  Maybe somehow not allowing repeating moves, maybe have some environmental events after a while(setting areas on fire, meteorite strikes, board shrinking, etc.).

- Having a fast mode would be a nice feature.  I mean in some games like Civ 6, there is an option to shorten or skip animations.

Seconded on the "fast" mode!

Yes! As most of the time playing is spent on animations, other than summoning, for which the animation should be kept even in fast mode. Also, the heal/befriend animations should stay. The longest unnecessary animation is moving and showing the characters.

i hope it will be usefull for the next update :D

i love chess and i love fantasy and this is such wondefull game. this game has such fantastic art and music, im lucky this game popup in mw recomended screen. i hope the next update will be.

-new character like a priest after the jam please :D

i add a new topic only for those who post video (https://itch.io/t/229056/just-a-video-gameplay), so this post is specialized for feedback only

Loving the game. Played it with the partner and there was a lot of discussion about the mechanics which is only ever a good thing.

We had two 'runs' - first time round our starters were 2 x unlucky + 1 x talkative and the second was much better with 2 x introvert and 1 talkative.  The 2nd one went by much faster, but that's partly our fault for having all our units bond, so unlucky stacked very painfully.

Some of the traits are just... Worse than others. Or better than others! Heroic, Fierce, etc are obviously preferable to Shy, Unlucky, and so on.  This isn't a bad thing, per se, but it means a substantial cast of characters are best left on the shelf while you wait for a better one to pop up. Sharing traits with them is detrimental, even if it's only going one-way with a full 4-good-traits character, because ultimately you can and will have better characters -- it's just up to RNG how soon.

If there were some way of switching out traits it could be really awesome.  Or an option to replace them? (Sorry if there is - we didn't notice one.) Switching between the summoning exp ones for grinding and then throwing out the Mega Units for the big fights, etc.

TL;DR: loving the game so far!

Also, maybe traits could change over time rather than stay the same forever.

Thanks for the feedback! I like the idea of being able to switch out or improve traits.. will give that some more thought :)

Hi! I enjoy the game so far and I have some suggestions and also reminders of things to add in later on:

That's all I can really think of right now! Also, maybe remove the battle button when you get to the party part. I'll bug-test a little and see if I can find anything.