Looks impressive, when we get a minute will have to download and have a blitz through

Hi Leafo, as it turned out it was a graphical glitch with my browser at the time, when I scrolled up it went!  So no, not being suggested.  That's what you get for having too many websites open at the same time!

Certainly more lengthy than the Roleander's last game, and magic missiles made us think of Dungeons & Dragons which is always good!

Couple of quick questions.  What days of the week and what times were you thinking?

Reply
itch.io Community » General » Release Announcements · Replied to It's Anecdotal in My co-op adventure game 39 Days to Mars launches on the 25th!
Storysmash3 years ago

Love the style of this (having seen the video), reminded us very much of Machinarium.  Great work!

One of our lot used to be a ranked player at Age of Empires II.  Not sure, but heard a while ago they were looking to release another version of it?  https://www.ageofempires.com/

Instantly thought Minecraft when we saw it, but wow, that looks damned brilliant!

Certainly take your point about free games getting less downloads than paid for games, however, we haven't really looked at that data and there is this odd situation where when things are "free" they are sometimes seen as not worth bothering about.  It might also be that those charging for their games are confident that they will sell and their research is right?

As for large software houses, ideas are often copied and recopied over and over, sometimes intentionally, sometimes unintentionally.  Of course if they were to use the actual resources of a game then we suspect there would be (or maybe that should read "hope there would be") some consequences either financially or by way of reputation being damaged.  One would hope that if the resources of our game were used by a large software house, or the idea (which came from a short story written 11 years ago by one of us, and published online) were stolen, it would look pretty awful that they had essentially stolen from young people who were making a game for fun.

Reply
itch.io Community » General » General Discussion · Replied to Daniel Nora in #notatGDC but you guys more than make up for it!
Storysmash3 years ago

Thanks for the heads up on that r/sub :)  And for the rating too!

Interesting post and answers.  We're very much a team, and experiences are as follows:

1) The proposal was for a huge game, and most of that has been mapped out, however having something "real", a product, helps, so we broke the initial proposal down into "chapters".  The feeling was that if we had something working, something to show for the effort, then that would serve as motivation to continue.  That sort of approach isn't always possible we know, but it worked for us.  Essentially it was almost like an "Agile" project in terms of how we worked on it.

2) Sort of related to the above, when a member of the team would bring something in, everybody else would get excited about it. So if we had new graphics, or new music, everybody felt like they wanted to do more.  I think we were lucky because whenever anyone said "I'll get the music for that done by next week", they actually did it!

3) We have a project manager acting as our team leader, but it's not about being pushy or "the boss".  In fact he often said that he was just there to make things easier for us to complete, so the team were the boss, and the project manager removed barriers for everyone, and supported them.  The PM was also able to identify everyone's skills and played to everyone's strengths.

4) Meeting in person made things easier.  Some projects are done with contributions from all over the globe, but having that physical meeting, or at the very least a Skype call, helped tremendously.

6) It was fun doing it.  Yes this is repeated twice, but it's really the key motivation for producing the game that we did.

Hope some of these comments help!

Reply
itch.io Community » General » General Discussion · Posted in #notatGDC but you guys more than make up for it!
Storysmash3 years ago

If it's any consolation Daniel, we did the same thing and released our game at the worst time with everyone at GDC too.  Like you, sadly, we couldn't make it to the event. Glad you've had such a positive experience on Itch.io, as we have had too.

We were worried about releasing our game, you see some of the great work on here and it's mind blowing.  Worse, our game is a Twine "interactive fiction" and when you see these 2D RPG's or full 3D games, well, that was scary. Actually though, people have been really receptive and welcoming which is awesome, and there have been quite a few downloads which we're super happy about.

Daniel, loved your game, great fun to play, had to rate it :)

Thank you Roleander!  Your comment means a great deal to us.  We tried to make it short, with characters that are hopefully appealing.  We were very lucky in that Kobra Paige from the rock band "Kobra and the Lotus", Miltos Yerolemou from Game of Thrones and Ana Nowosielska from the rock band "Altered Sky" all agreed to be in our game too :)  Very much our first dabble with a proper game in Twine.

Glad you said that initial bit, feel the same way!

The genre thing, good to know!  Must admit to not rating games that don't appeal too!

We've played quite a few games here on Itch.io (and it's really opened our eyes to some awesome developers) and enjoying the community.  When we're logged in, the site very helpfully shows what games we've interacted with and asks us to rate them, including our own game. Awkward.

In rating your own game, do people do that?  And do people just hit "FULL STEAM AHEAD FOR 5 STARS, BECAUSE REASONS", or are they overly self critical and actually give it a much lower score?  The other thing that occurred to us is that our game is written in Twine, and of course, not everybody likes "interactive fiction" (totally understandable), so do genres or types of game get relatively low ratings because they're compared to something completely different, or do most people rate them against comparable games?

Reminds me of some of those old ZX Spectrum games I used to spend a lot of time playing!

Reply
itch.io Community » itch.io » Questions & Support · Posted in Some tags work on search, and some don't?
Storysmash3 years ago

Thank you leafo!  Still getting the hang of it!

Reply
itch.io Community » itch.io » Questions & Support · Posted in Some tags work on search, and some don't?
Storysmash3 years ago

OK, I was being an idiot!   Sorted now.  I thought the main search bar at the top would search tags too, didn't realise how the tag search worked.  Apologies, but thank you for the reply!  Gratefully appreciated.  And thanks for the nice comment about the game too.  I don't know if Twine games do particularly well in terms of popularity, but it's there for free for anyone to give it a go.

OK, apologies for the silly question, and I'm sure there's going to be an answer that's going to leave me red faced, but.....

Uploaded our game, and you can find it when you search for "Horizon", but if you search for "Twine", it's not listed.  It's a free game, I'm "pretty sure" that all of the options that allow it to be searchable are ok.

What have I done wrong?  Or have I misunderstood how the tags work?

Reply
itch.io Community » itch.io » itch.io tips · Posted in How to get people to download my game
Storysmash3 years ago

Looks like you followed their advice, the videos give a good idea of what to expect.  And grats on what you've produced too! :)  So, 14 days in, have the downloads picked up for you?

Have to agree with you there, the art style looks terrific, glad this game was highlighted!

Reply
itch.io Community » General » Release Announcements · Posted in Bubble Wizzley - made to look like you're playing a Commodore Amiga game.
Storysmash3 years ago

Really enjoyed playing that, for the first 5 seconds wasn't sure what to do then got the hang of it pretty quickly.  In terms of presentation, looks good.

A group of young people in Nottingham have created their first proper Twine game complete with graphics and sound.  They took part in a project called Storysmash.  Now that they've dabbled for a first time, they are keen to do more.

"The game is a sci-fi thriller where humanity has made a bit of a mess of Earth and as a result are now striking out into space on Generation Ships.  The "Horizon " is one such ship which has just been built and is on it's way to be delivered and collect it's inhabitants.  You play Alex Rogers the security chief."

The creators were up against a tight deadline, hence this is just chapter one, however, this is based on a short story by J M Hunter, so everything is there to deliver chapter 2 etc. 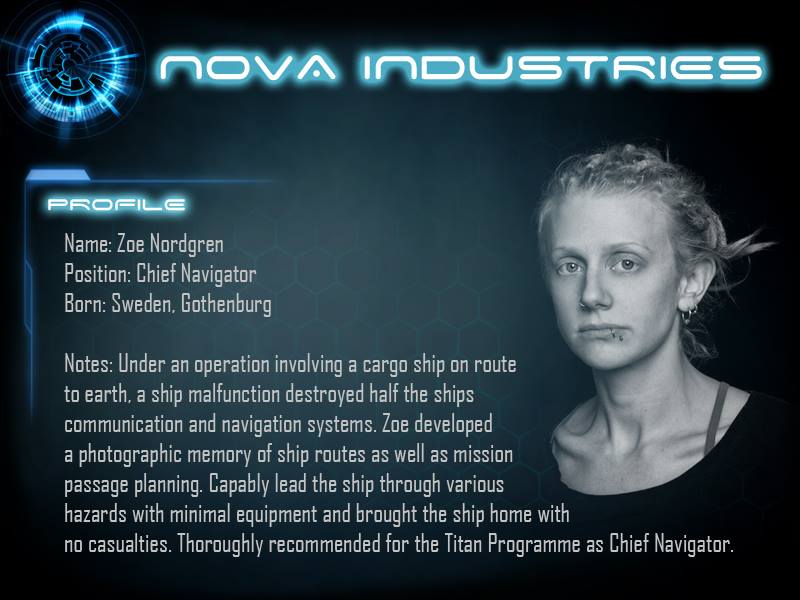