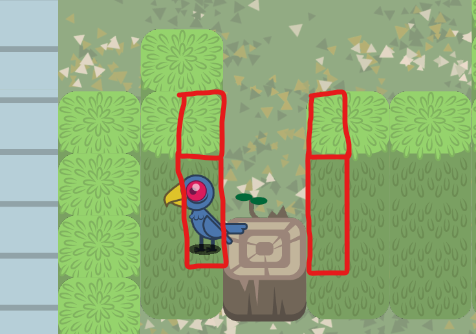 Unfortunately due to some collision bugs, these 2 platforms have missing colliders at the red positions, which make it impossible to complete the chalet area without having 2 feathers already.

You can proceed to the playground instead to obtain your second feather first.

Sorry for any inconveniences caused.

This was absolutely hilarious

Thank you! I checked out your game, it was quite fun to solve the levels

Hi! Thank you for your detailed feedback. It was very helpful. Most people have similar feedback about how the chain cooldown is too long. While it was my intention to make the player be more strategic about their chain usage, unfortunately it also reduces the feeling of responsiveness about it. I do think it's a better idea to reduce the cooldown of it by a little.

The part about losing most of your HP when setting up the chain and then running out of energy to kill enemies does feel bad and after a bit more playtesting, I've realised that. I'll be tweaking gameplay elements to strike a better balance in these mechanics. For example gaining energy the moment you create a successful link, to ensure you'll always have a supply of energy to kill chained enemies.

Damn, this is really really cool. So many puzzles and possibilities with just a few simple rules.

Love how well the mechanics play into each other, constantly putting the player in a state of calm and vulnerability while in attack state, giving some risk vs reward elements, making the gameplay more dynamic. The boss was pretty fun too, especially the last attack phase where you force the player to have to make use of their absorption ability to eat all the bullets before going for an attack and trying to dodge all remaining bullets to survive while trying to get back your shield.

I thought it would be interesting to have different enemy types/behaviours that would challenge the player's playstyle and powers instead of more of the same enemies except with different colour and shapes firing slightly more bullets.

For example an enemy that would come up to the player and be able to damage you even through your shield, which might force the player to impulsively attack quickly, opening themselves to incoming damage.

Or perhaps an enemy that could fire bullets that can overload your shield if you were hit by it when your energy has already filled 2 bars.

And lastly an enemy that can only be destroyed by your attack if you have released it at 2 bars.

Thanks for your feedback. Sorry the difficulty curve has not been fine tuned. We will take this feedback into consideration and fine tune the gameplay.

Hi thanks for your feedback. Sorry that happened, we didn't have much time to playtest the levels. This will be fixed after the jam.

Freaking incredible! The game is really balls to the walls as your title suggests. This was a lot of fun. If you intend on continuing this project, I would like to see extra uses for the ball enemies that would challenge your playstyle and force you to do things differently.

Genius concept and execution! Would love to see this polished up

Reply
Native mouselock for GameMaker community · Created a new topic Works perfectly on main monitor, but not on second monitor
Seet1 year ago

I have a secondary monitor and it is not set to my main display. When I drag my game over to there, it locks my cursor to the main display.

This is the code i'm using:

The game was installed and launched from the itch.io app though.

Have you figured out the reason why it might have triggered the anti virus through?

This game just triggered my Windows Defender. It says theres a TrojanSpy in it. 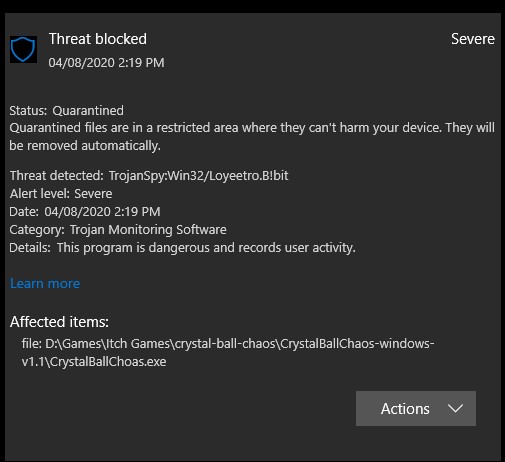 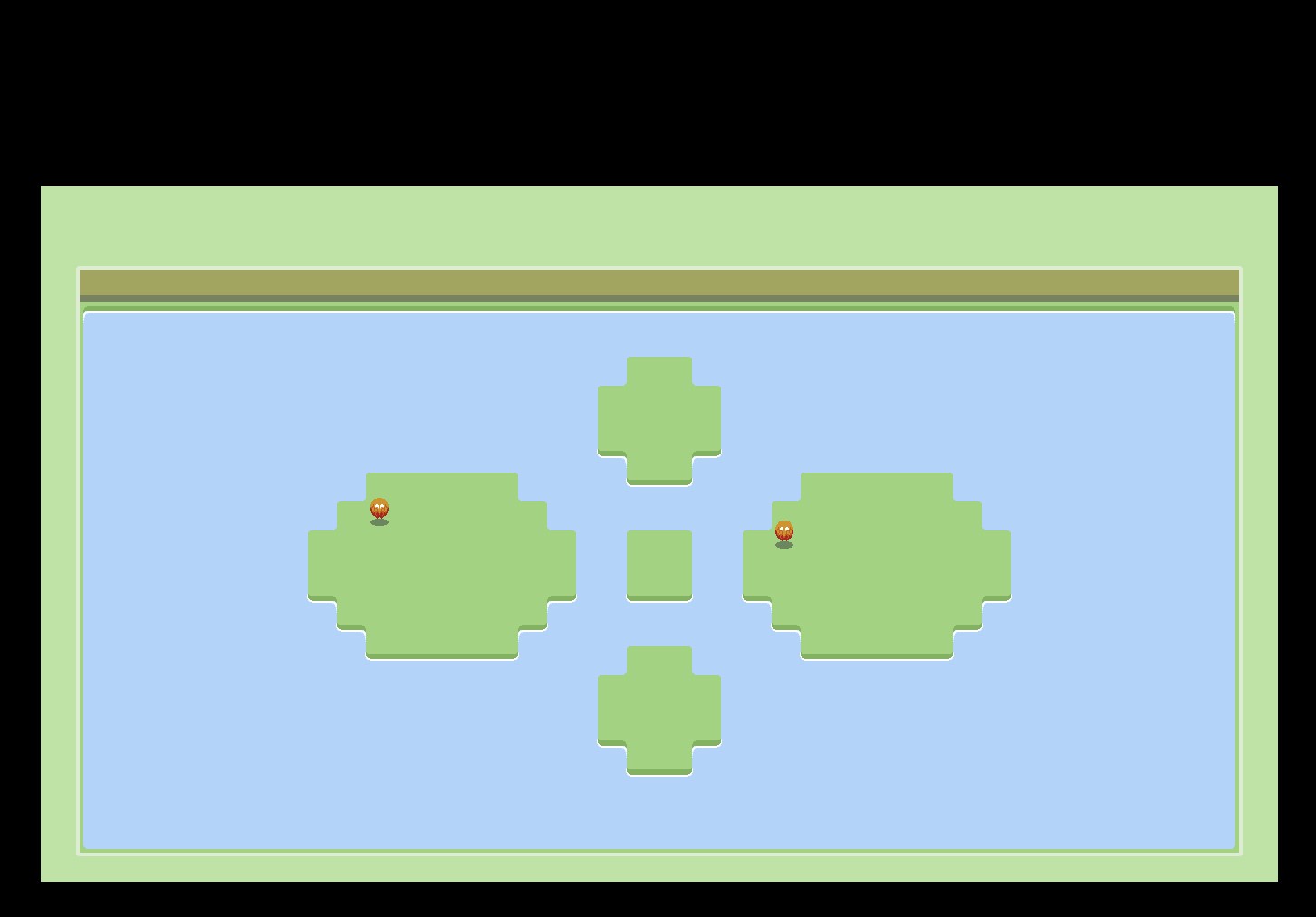 Hi, the bar is not appearing for me. I don't know whether things are in the green bar or not.

Haha our games are a little similar! Thank you for playing Crossfire too!

Hey SecretPocketCat, thanks for your helpful feedback! We will work on improving the readability of our game! As for the supernova not triggering, there is a bug that causes it not to trigger if you have not died at least once on the level.

The game was supposed to only have 3 levels. However we found out that if you die once on each level and trigger your supernova all the time, there is essentially no end to the amount of levels you can play.

The aesthetics are great. But apart from that, I'm really not sure what the goal of the game is supposed to be...

I'm also not sure how this fits the jam theme too.

I think this is a really neat concept! Though it could really help if the exact direction of how the player would move is shown on the player itself before clicking on the button.

Hi I love the visuals! I think you'll our game too! It is a little bit similar!

Oh wow! I'm really flattered to hear that! Never would've expected my games to inspire others as well! Thank you and keep up the great work!

Hey! Love the visuals! I think our game shares some similarities too! Check ours out!

Great game, only let-down by how bright the background was. makes all the other bright effects harder to see.

Hey Zen! Thanks for checking my game out! :D

You can quit the game by holding escape for 1.2 seconds.

And hahaha yes maybe we did over-do the special effects

My highscore was 8000! Very good design! My only complaint is that the green enemies are not consistent. They can still come after you even after they're green. In fact that's what caused me to lose just now.

Hey thank you for playing! Glad you enjoyed DodgeSaw!

Hey, loved the visuals! I think you'll like our game too!

I think you were too harsh on yourself and  massively undersold this game in the description.

Because this game was really fun! The pacing was good and the difficulty increase was great. I love how the dash mechanic worked, and served more than one purpose than just movement. And how you balanced out both shooting and dashing abilities. Well done!

You should probably cut yourself some slack, because it's just a game jam, this is plenty for 48 hours.

This is so cute! I love the nintendo-style aesthetic and feel of the game!

Very cute and lovely feel to the game!

There is a bug that causes you to be unable to release your supernova on the 2nd and 3rd level on the first time round.

We found that killing yourself / dying (once) on level 2 and level 3 will ensure the variables for your supernova will be reset properly and you can release it at 100% charge.

Don't worry, dying will only make you restart the level, but closing the game will start you back at level 1.

Our sincere apologies that this bug was only discovered after the jam has ended.

The jam is now over and we have an updated version available! But if you wish to play the jam version, please do take note of the following:

[There is a bug in the jam version that causes you to be unable to release your supernova after the first level if you did not die.

We found that killing yourself / dying (once) on each level will ensure the variables for your supernova will be reset properly and you can release it at 100% charge.

Don't worry, dying will only make you restart the level, but closing the game will start you back at level 1.]

Hey RavenBane, thank you, glad you enjoyed Crossfire! I'm happy to announce that Crossfire is coming to Steam 2020.

The art and style of the game was pretty neat, I can see you drew huge inspiration from the game Baba Is You, even in the level designs. Characters were pretty interesting, I like how you gave each of them with a unique personality.

The key guy made the game a tad too easy however, as most rooms could easily be cheesed just by using him, moving to the nearest exit and opening it. I can see how levels get harder and harder to balance as you unlock new characters. There's lots of room for improvement, but I believe this game has great potential!

I'm curious as to how this will turn out... https://seet.itch.io/missilecontrol