Clone Drone in the Danger Zone community » General & Questions · Posted in If i buy now do i still get a steam key?
Almighty Nubs3 years ago

Why don't you just buy it on steam?

Or a precise strike with the sword.

Apologies for low res images, couldn't find a way around that.

Like the title suggests, this would be a new robot that wields a hammer and a bow. It would act pretty much like a Mk 3 archer bot except it swaps to a hammer for CQC instead of swapping to a sword. It would be the same size as a Mk 3 hammer bot and would act like one during CQC. This robot would not use fire.

This archer would be unique compared to other archers because it would use a much larger bow that fires more powerful arrows, the arrows would be the strongest in the game and would be unobtainable by the player. The arrows would be as large as the 300% upgrade size (maybe even bigger) and their velocity would be faster than any other arrow in the game (assuming this could be easily done, just by increasing a single value).

Images can be seen here: https://imgur.com/a/ESHOD

If anyone wants the .qbcl files you can contact me at edanreynolds@gmail.com

Reply
Clone Drone in the Danger Zone community » General & Questions · Posted in How do you shoot a vertical arrow?
Almighty Nubs4 years ago

Use the scroll wheel

Reply
Clone Drone in the Danger Zone community » News · Replied to SilverLeviathan in Steam Greenlight smashes the hammer down on Feb 3!
Almighty Nubs4 years ago

Sweet idea, though it should be called the Mirror Mech instead of bot

Love this update! I've had great fun in the streams so far :)

wow these are amazing! Great job!

You should totally add Edan as a name

haha that was just a fan made thing, they aren't actually in the game :P

P.s I also experimented with heads like you asked me to and I've made about 15 so far

I thought it was a bit humorous because the commentators talked about how stupid I was when I did it. :P

So when I was messing around with qubicle a while ago and I decided to have a crack at making a good looking four armed drone. This was the result that I'm finally getting around to posting now: 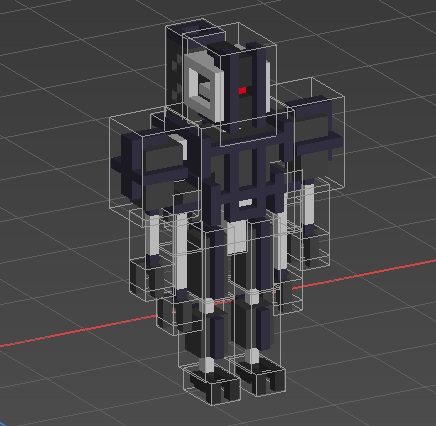 I was thinking if something like this as put into the game it would be a kind of mini boss enemy like spidertron-6000. Since it has four arms, it would be able to wield a bow and a sword at the same time, and it also has a cannon on its back which would function the same way spidertron-5000's cannon does. In my opinion it would be a pretty fun enemy to fight. 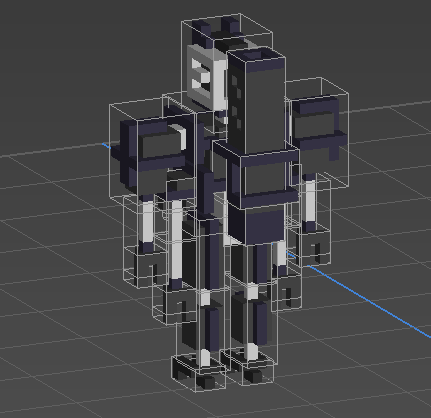 Hey, just saying that there is a bug with repairing your robot. When you take damage from enemies you're not supposed to be able to repair yourself unless you die and use a clone, but you can repair yourself by quitting to the main menu then going back into the game.

Just thought it might be an important gameplay bug to fix.

Most of your questions have probably been answered here

In a previous post he said it has lots of new levels and an endless mode.

Reply
Clone Drone in the Danger Zone community » General & Questions · Replied to Doborog Games in How Do We Get the New Updates When Released?
Almighty Nubs4 years ago

Sweet! We get endless mode :D

In my opinion, I don't think I would see many players utilising direction block often (however, this would be untrue if there was an enemy that is necessary to block to defeat) but I can see the enemy drones making effective use of it, which would make the horizontal attack not as powerful as it is now.

Doborog has confirmed it's fixed in the next update in a previous post about the same bug. (It seems a lot of people are experiencing this issue.)

I suggest uploading the images to imgur and posting a link here :)

maybe a boss round? Large necromacer like robot with different spells and it summons fast weaponless zombie-like robots that regenerate. Maybe the necromacer can only kill you with a spell that requires you to stay still and the zombie's goal is to kick you to the ground?

Would the undying mechanic work by the robot constantly regenerating limbs until you hit a certain spot? (Like the brain if it's a zombie

Decided to have a crack at creating some drones and I thought I should start of with some nice and simple variants instead of a whole new enemy.

The Bomb Drone is just like a normal tier 1 Drone except instead of a dense chest, it has a frame-like chest holding a large bomb in the center (an ever so slightly larger version of the bombs the Spider Drones launch). The bomb would have no timed explosion and will only set off if it gets hit by a weapon, this means players would have to be more careful about where they attempt to strike the Drone while engaged in melee combat, but could use it to their advantage with a bow if the Drone is close to other Drones.

Images can be found here: http://imgur.com/a/kHmqr

The Defence Drone is basically just a tier 1 drone with much better armour. The armour is made out of the same material as the sword so if an arrow or sword strikes it, they will be deflected. The armour would be slightly glowing just like the sword. Players would have to be precise with their attacks, landing them in the joints of the Drone to quickly defeat it. I also made a bomb variant of the Defence Drone because why not ¯\_(ツ)_/¯.

Images can be found here: http://imgur.com/a/NyGoX

Well, that's all from me today, hope you enjoyed :)

this is great! Thanks so much :)

It might be a bit much, but it would be useful if there was a sticky post in this section which had downloadable qubicle models for people to use as a base for custom models that they want to make. That is all :)

Keep up the great work

Reply
Clone Drone in the Danger Zone community » General & Questions · Replied to Doborog Games in What do you use to make the models?
Almighty Nubs4 years ago

thanks for a great response!

Is that walker summoning another enemy? o.O

Also I think it's great how active you are with everyone here, good job :)

Reply
Clone Drone in the Danger Zone community » General & Questions · Created a new topic What do you use to make the models?
Almighty Nubs4 years ago

I tend to play around with pixel art and voxel editors myself quite a bit in my free time and I was wondering what you use to make your models? I currently use Qubicle and I find it really great. (If you haven't heard of it I recommend checking it out)

Also if someone where to make a suggestion including custom made models how would you respond?

I saw Sun_beams's bug report and it was very similar to this one. I was holding a bow and I took damage to my left arm and it made the bow invisible, then when I swapped weapons I couldn't swap back to the bow and my body rotated weirdly. This rotation stopped me from being able to attack. Red error messages appeared on the screen as well.

Felt like an important thing to report, very exited for future updates! :>