Solve all the world's problems with your new super-advanced A.I. buddy.
Submitted by PotatoesBasket (@PotatoesBasket) — 2 hours, 25 minutes before the deadline
Add to collection 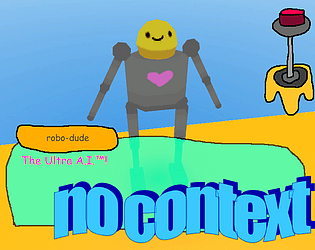 That might be the best ending for a computer game ever.

Such a cool idea, would love to see the continued development

I love this!! The art and audio are cute! The gameplay is silly and fun!

hahahah omg that ending! really got a laugh out of me, well done.

It has a bit of a 90s console feel with the graphical style and low-detail modeling, but is also a bit MSPaint-ish, which makes it feel almost like an early 2000s fangame. Either way, it's a cool aesthetic, and the way it's used fits the jam.

The concept is fascinating and definitely fits both the theme and modifier, however it definitely feels underutilized in its current state. It pretty much functions as a somewhat janky platformer with contextual actions.

I was not expecting the ending, but I did read the explanation. Unfortunately that happens during jams some time. The concept is certainly interesting enough that I'd like to see it continued, though!

Loved the bold and riveting story. Good take on the modifier. Petting cats turns this game into a masterclass in subtext.

Submitted
Heart of the Cards
LikeReply
TentabrobpySubmitted173 days ago(+1)

Great idea for the one button prompt with stupendous execution :DDD The clashing colors and obnoxious sound design are a goodbad treat for the senses

Such charming SBIGness! Congrats on finishing your first game jam!

This is magnificent! And such a great fit for the jam!      It's one of them games that ticks all the boxes for me. From the graphic design to the gameplay to the story. Everything screams "So bad it's good"!

The game was short, for sure, but it didn't outstay it's welcome.  Thank you for taking part, and well done!

Rocket boots felt great and the animations were awesome. Cat petting was 10/10. Oh and the button graphic was very neat too!

You should absolutely be proud of this! Exactly the kind of stuff I was hoping to see in this jam. 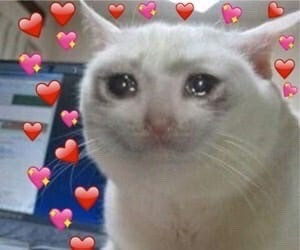 As fun as this concept is, I couldn't get the rocket boots to work. They'd trigger for a single frame and then cut off, leaving me stuck at the bottom of the wall. I loved petting the cat though

Thank you so much for letting me know! Luckily the fix was just a single word in the code, so it's there now. Hope you're willing to give it another shot!