Heart of the CardsView game page

Do you believe in the luck of the draw?
Submitted by talios0 (@talios0), Saber333, LawrenceOny, stytchys — 3 hours, 25 minutes before the deadline
Add to collection 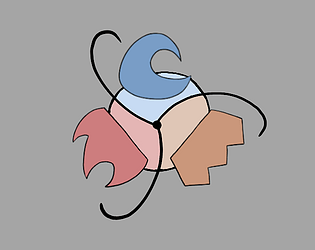 Heart of the Cards's itch.io page

If you have implemented the modifier, how have you done so?
You must draw for every interaction, even the menus! (Left click/Touch only) By turning a card game into a drawing game, we hope we've made it just bad enough to submit.

Any additional information for voters?
Higher level cards are harder to trace, be fast and accurate! Or.... maybe mistakes can help you win? As an additional note, all game assets, including music were created during the jam.

Really liked the idea! I liked trying to draw on the cards in order to  enhance them. I was a little confused at first: maybe a tutorial might help? But I found it rather engaging after getting the hang of it!

A worthy contribution to SBIGJam. Well done on submitting!

Neat little mechanic.  I like the difficulty/reward scale based on the complexity of the drawing.  Nice game!

Despite the lack of a real tutorial (which would be appreciated for a game like this), I would say that this game isn't really 'so bad it's good', more 'unironically good'.

The drawing mechanic is cool, reminds me of Arx Fatalis where you had to draw runes out with the mouse in order to cast spells. I remember seeing your explanation of how it works on stream and it sounds pretty neat having greater accuracy return higher values. I won the first round and died in the second, card games were never my strength so I couldn't tell you either way how difficult this game is. The music felt fitting, though frankly I don't really see this as a "so bad its good" game.

Cool mechanic of tracing the cards. Literally drawing a card!! :)

It's neat, but I have no idea what's going on. I think that's partly on me- I don't really play this sort of game- but it does kind of throw you in the deep end with all the mechanics at once and only a wall of text for instructions, no ingame tutorial or easing in. I'm not sure if more could be done to make it clear what card does what and what's happening, or if that's not really a thing in this genre.

The "draw around the card" to select is a pretty neat mechanic. The game seems to take advantage of it well, with it having an effect on the cards' effectiveness, but again I'm not entirely sure what's going on.

Is it "so bad it's good"? That's a tough one for me to call. To me it feels like a flawed but earnest attempt, but once again I'm not familiar with the genre so the whole thing might be a witty parody that flew completely over my head.

The game looks really cool, and the music fits really nicely. I think the genre of game this fits into isnt really my thing, however i do think the idea is great and it looks and plays fantastic :)

Really cool game if you like the idea of card games like hearthstone or legends of runeterra!

Nice game! An animation for each stat or interaction would go a long way with this to telegraph and explain what is happening. Especially for when a player takes damage. Interesting idea for drawing on the cards! I think dropping the draw time by a second would help make it a bit more frantic, otherwise I've found myself slowly tracing the drawings. Great job!

Good point! We're planning on continuing to improve the game a bit after voting finishes so I'll take that into consideration and start drawing some animations soon!

Kinda like a super interesting take on rock, paper, scissors. Loved the music too!

Great game, loved your take on the modifier

I love this game reminds me of cardjitsu from club penguin but like how it goes past rock paper scissors!!! Wish I could rate it 10/10

it was actually my artistic inspiration lol

Very cool game wow I wish I thought of the concept