Use your old-fashioned space ship to deliver cargo as fast as possible!
Submitted by Elendow (@elendow) — 28 minutes, 53 seconds before the deadline
Add to collection 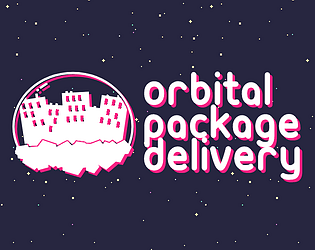 How does your game fit the theme?
The player has to move cargo using a chain attached to their spaceship. 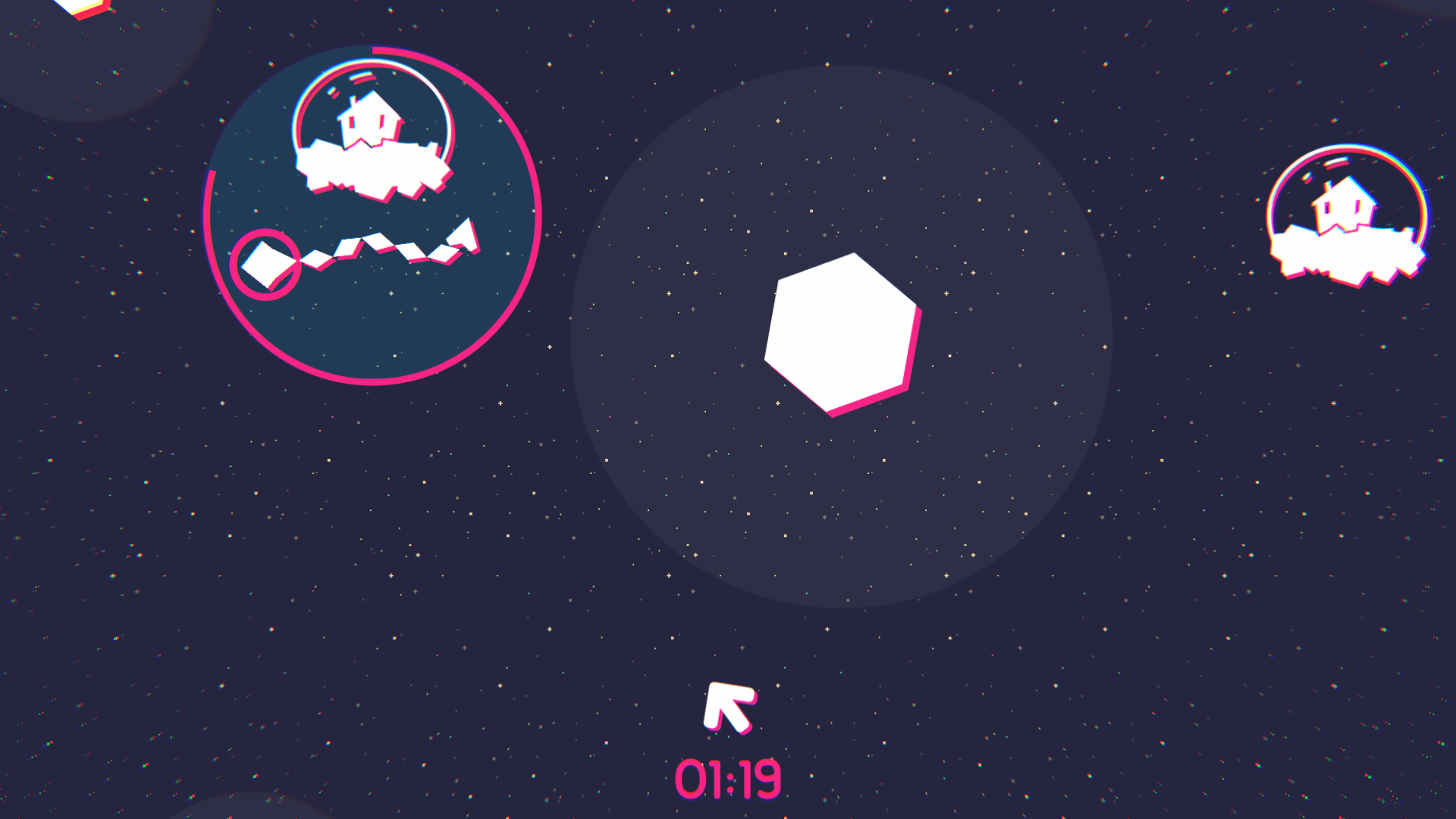 This was really fun and the game's minimal aesthetic hits it home pretty well (no pun intended)!

First off, I really like the thematic and presentation of the game. The idea of space houses and cities encompassed in bubbles in space never gets old and the way you deliver packages between cities and houses fits well within the jam's theme. The presentation of the sprites with the pink shadow is also pretty striking and gives the game a pretty original look even though it could have used a few more details here and there!

I originally tried playing the game with a controller, but to be honest, I've never been much of a fan of rotating controls on the shoulders/triggers. I ended up swapping for keyboard controls and it felt like the ship was much more easy to control as a result!

While I can understand some of the other comments pointing out about the ship being slightly difficult to control, I think that's part of the challenge and charm of this game. If anything, I would have loved to see a bit more mechanical depth come from there. While the ship can shoot other small ships that try to destroy the package, I think it would have been great to more implementations of the shooting. One example that comes to mind are small asteroids you can shoot and break. Even if they didn't necessarily harm the player, it would give the player something fun to shoot. ☄️

Overall, this was a pretty great jam game! It's still very familiar ground in terms of mechanics, but I think both the presentation and themes allow it to stand up on its own! Great work, Elendow! 🐳

I love the art style and I don't think I have seen similar gameplay before!
My only negative is that I felt the ship was a bit too difficult to maneuver.
Really good overall! :)

Very nice art and concept, the gravity also seems great, but the package and the spaceship feel kind of uncontrollable, which makes the game very hard in combination with the thight layout of the obstacles

But non the less, great submission!

I really liked the art but I had to fight very hard against the controls and even if it was intriguing at first it reduced the fun for me but overall very nice looking game with a good concept!

The controls aren't easy to use here, the snake-like joints are too rigid to be a chain. Still, the concept can definitely work out to be something great, and this is still very good work for 48h. Good job!

Controls were a bit difficult to get used to, but I like the concept and aesthetic of the game.

Challenging game! I included it in my GMTK compilation video series, if you’d like to take a look. :)

Loved the visuals, but the gameplay is a little frustrating. I think the game starts too hard and it doesn't give you much time to understand the controls. Maybe the enemies could be introduced later in the game to make it easier at the begining? Other than that, I think this is a pretty solid entry.

This is a good concept, my advice would be to lower the amount of time you need to stay within the home to win.

This was really fun to play! Took me a while to get the hang of the controls, after that whipping the tail around to land on an objectives felt really satisfying. The fact you can shoot your own packages adds another challenge. The frustrating part for me was that the camera starts to move really late when you get close to the edge, other than that i loved it!

This game had a pretty chill vibe that made it nice to enjoy. The gravity from the other planets made for an interesting mechanic, even if it is a bit annoying at times. I'd say this game is a shoe-in for top 20!

Definitely a hard entry, though a very fun idea with a wonder aesthetic. Very unique interpretation of the theme and I had a really good time with it.

It was fun in a weird sort of way I felt like I was a fish, timer beat me the times a played. I also found the style simple and effective with a nice designer glitchy offset edge.

A little unweildy at first,but so much fun once you get the hang of it. Having to direct the tail into areas was cool and the added difficulty with having to shoot any surrounding spaceships was challenging.  And of course the presentation was nice and minimal. Well done on this

Hardcore but I enjoyed it!

This game hits all points perfectly except for difficulty curve! I enjoyed this a lot

Nice game all round! The art and sound were great, particularly the graphics, and it was a fun little physics game! Frustrating, but ultimately rewarding. The gravity wells were a nice additional challenge.

I had a good time playing this game, but receiving the package was really finnicky. Quite a few times, the progress circle reset on me and it was unsatisfying. But aside from that, it's a good game.

Submitted
No Engine, No Problem
LikeReply
Audrey ScharrerSubmitted1 year ago(+1)

I really liked the color palette and felt the music fit really nicely. I had trouble controlling the ship, but the concept was good and the game had a satisfying energy to it! maybe if the gravity was a little less strong it would ease the control difficulty. Really fun experience though, you guys did a great job!