Break from the loop, own your iDENTITY
Submitted by Sean Noonan (@SeanNoonan), MrTapa (@mrtapa) — 15 minutes, 43 seconds before the deadline
Add to collection

How does your game fit the theme?
You are bound to a room and terminal where you must report in to prove your presence whilst trying to escape.

Fun game! Really nice details. I included it in my GMTK compilation video series, if you’d like to take a look. :)

Great take on the theme of the jam! I had fun while playing (even though my anxiety peaked). Curious to see how it will turn out once it's ported to UE5!

This game was really fun! It's already pretty polished for 48 hours and I could definitely imagine people paying for a game like this! I don't have many complaints but the screen tearing was bad for me, idk if there's a vsync setting I somehow missed but if/when you make this an actual game, that would be a good addition

Good luck guys, this is the most fun game I've played so far! 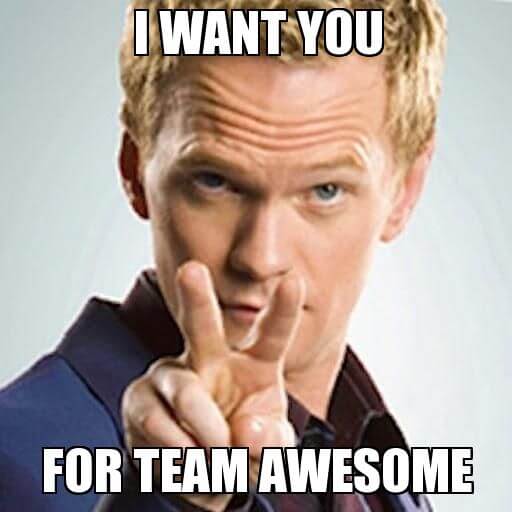 Love the simple and clean art style, a lot of models and level design for a 48 hour jam is just impressive. Kudos to all the team, loved the game, the theme and the fact that i have to beat the clock and keep the numbers in my head but not all the time, its just awesome.

I hope you can test out my game and give some honest feedback, I would love to team up with you some time for another jam if you are interested.

Wow. I know you were something else when we were talking over discord, but this...is just something else. I'm really speechless. Amazing concept, ungodly execution...to all this in 48 hours. Amazing. If I were to name one thing? The jump feels a bit off, It felt I was getting punished in an unfair way. Top5 for sure.

Thanks for the kind words, and I'm glad you enjoyed the game! I agree that the jump needed a little more work (the crouch too).
Thanks for playing!

Amazing game, very unique, polished and interesting! The difficulty slider seemed back to front and was difficult to slide, but that's my only complaint - everything else was great. Main menu with the falling screens was the icing on the cake too - nice touch! Fantastic work!

Agree on the difficulty slider reading the wrong way around. It was a last minute addition and thus was simply a first implementation. Hristo knocked up that menu super fast - total wizard that he is :D
Thanks for playing!

Thanks again for playing - that was a fun stream!

Good idea, and well presented! Lots of content too.

Feels like the difficulty slider is back to front! I turned it right down to 15 (most games jam games are way too hard) because I thought that would be the easiest setting. Actually realised that it was the length of time between ident check in before failure.

Would have loved a mouse invert option. It was practically unplayable for me under pressure. I'm so used to inverted controls, I typically have a really hard time in games where they are the standard way round. Especially games like this, where you have to move fast and accurately. Hard to do when you're always finding youself staring at the floor or ceiling!

It's a take on the theme I haven't seen anywhere else, and I've seen quite a few jam submissions at this point. Nicely done.

I love the idea of a taking a space that you think you "know", but then open up know traversal paths. The fact that you're on a time limit means that you're pressured to skip over the exploration until you've got a safe path back. It all works really well.

The only criticism I have is that if you're going to put the player under that much pressure you have to make sure that the components like physics don't get in the way of the player's run. Games like Minit run with this theme but they have the benefit of that 2d grid precision. Your traversal shortcuts were designed with verticality, so 3d was a must, and it gave you extra work to do in the polish department.

Wonky physics aside, I think the gamble paid off and you delivered something unique and engaging. Best of luck in the jam.

Side note:  have you played "The Occupation"? You should try that out if you want to see where this concept could go.

I enjoyed the idea behind the game a ton. It was really fun trying to escape quickly and the timer did an amazing job of putting pressure on me. The puzzles were fun and you did a great job at creating something that truly felt immersive and like a real building.

I'd love to see this concept explored further too. A game full of tons of small levels like this could be exhilarating. Maybe this would even work as a kinda of rougelike where you have to escape a segment like this before a run begins.

Check out my entry if you get a chance!

This game gave me anxiety, and I love games that are able to do that. The puzzle is a ton of fun to solve, and kept me on the edge of my seat every step of the way. If I had any critique to make, it might be that the timer is just slightly too punishing, but really I should just git gud. One of the best I've played this jam.

Amazing work making a game like this in 48 hours. We both took on the challenge of creating an immersive and mysterious 3D world, and I think it really paid off for you. The timer really created a tense atmosphere effectively, and the plugs were such a neat mechanic. I'd complain about it being a bit too dark, but I think that was probably intentional so you'd trip over more wires. Really nice job! This is an impressive submission.

Quite an original take on the theme, really nice atmospheric feel but the walk bop is a little too much for my liking, semi nauseating, good game overall! :)

We were aware that the view bob was a little off - it was simply implemented but we ran out of time to tune the values to something less vomit inducing. Sorry about that!

Really nice 3D look, great ambiance with nice lighting. Super fun to interact with the surrounding like door box etc. There is a lot of work in that game, good one !

Thanks for playing, we're pretty happy with how things turned out :)

I really enjoyed this

I really enjoyed this as a big fan of immersive sims! Was the time mechanic partially inspired by the upcoming Deathloop by Arkane? ;)

The stuff I loved:

Level design! Finding the shortcuts (and wow there were many :D) made me feel really smart!

Mechanics - Wiring doors, knocking over wires & having to frantically dash back to the starting room through the many shortcuts felt great and very tense every time!

Being able to pick stuff up - huge staple of the immersive sim genre, had a big smile on my face swinging a chair around :D

Atmosphere - like the story says, I'm detained and trying to escape ASAP but the almost unintentionally creepy atmosphere was really enjoyable!

Physics - They were fine for the most part, but there were a few unfair fail states caused by boxes freaking out a bit when I tried to jump on them for the shortcut

Clearly showing when you've done everything you can - I didn't know I had unlocked the exit door until I thought to check it again after seeing 'EXIT' through a hole in the door earlier.

Environmental storytelling - I know this is probably a bit much to expect, but some hints to what crime the player committed or the state of the world outside the building would've been cool, too.

Overall, really enjoyable and I hope it gets expanded upon!

The time mechanic came straight from the theme actually! I thought about how you could join a player to a space, but rather than a physical connection, "what about a connection based upon rules?", and the timer was born!

To address your concerns, the physics were too closely tied to performance. We probably should have gone another route for those, however they probably would have been a lot easier to deal with if I'd tweaked the object weights a little rather than just leaving them based on their default mass (an easy fix that we just ran out of time to address).

Not signposting the exit door was unfortunately something we just ran out of time to do - I only needed another 20 minutes or so, but you know how it is with a time limit.

The environmental story telling didn't get any further than a notepad file. It was just out of scope for what we had to build. Absolutely would have improved the experience though!

We do plan on expanding upon this in the future.