Ahead of the CurveView game page

Submission for GMTK 2020
Submitted by teodoraaleksic, st.aegis — 21 hours, 27 minutes before the deadline
Add to collection 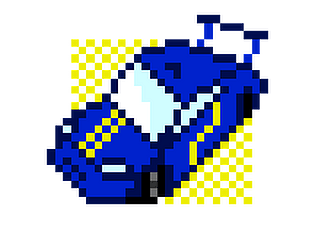 Ahead of the Curve's itch.io page

How does your game fit the theme?
Your goal as a rally co-driver is to get your driver and race car out of control. Possibly crash. Most likely burn.

Thanks so much for playing! We're really glad you liked the game. :)

Thanks so much for playing! We a had a lot of fun recording the voice lines. :)

Nice and fun idea.  A bit more info whether the player should say something to the driver can be interesting. As it is now, you can spam the driver until it crashes (or not). But it's a good little game.

We thought about adding the option of a silent playthrough - where you would refuse to speak the whole time and the driver would get more and more confused. You're right, you can spam bad inputs with the current state of the game. In the future, we'll probably change this so that the only way to crash is to gain the driver's trust by guessing enough curves and then issuing a wrong one to get them off the road.

I like this game a ton! Despite the few issues it has, this game got a few laughs out of me. From the  cursing of the driver at the player's mischief over time, to the very sudden crashing of the car. Was a lot of fun to play, so well done!

It did seem like there was some luck as it's difficult to guage when a turn as coming up. I was also unsure if timing my call just before a turn was actually helping get the car off the road. One of the times I played I called forward rather early and won. It just kind of seemed random at times, if there was a clear-cut way of winning, I didn't find it xD

Between you and me, there's a bug in the game. ;) Sometimes, guessing the next curve doesn't work. We need to sit down and do some debugging after the jam ends. We didn't want it to be random, we actually wanted a very precise guessing system. I guess the only reason people are playing along with it is because it suits this year's theme.

I like the twist  "you are the corrupt copilot" as it fits nicely with the theme. The goal is silly but it definitely has its charm and although there is no clear visual guide at all, the voice lines  really do the job of helping you get out off the road!

One thing i should consider is that once you know the gimmick,  it can get a little trial and error as you can get messy with the controls and still win, but i guess that was a design choice. It definitely  has potential and i would like to see more of it.

Submitted
Letters from the Outside
LikeReply
teodoraaleksicDeveloper279 days ago

Hey thanks for playing and sharing your thoughts!

Agreed, you can definitely exploit the game once you know the gimmick. Our idea for an improvement was to add a career mode in which you would compet against virtual opponents. In this mode, we would not allow you to crash the car by giving wrong commands. Giving wrong commands would only impact your time in the race. The only way to crash would be to go the opposite direction - gain the driver's trust by giving enough good commands and then issuing one bad command to send them off the road. This way the crash can only be earned by playing meticulously.

I think I was doing pretty good, because the car was sounding pretty fast and the driver was kind of polite with his answers, but then I gave the wrong instruction and we flew out of the road. My career is over. RIP. x)

I'm sorry for the absence of a decent tutorial. You were actually playing the game the right way! After you gain the driver's trust by guessing enough curves, the next wrong curve will drive the car off the road. Since your goal, as a corrupt co-driver, is to sabotage your driver, you won! Congrats! :)

This game very cool! i really enjoyed playing, i love the concept and the simple pixel art is amazing, please keep working on it even after the jam, with a bit more polishing it will became amazing! please check out my game too :D

Submitted
It's Over
LikeReply
teodoraaleksicDeveloper281 days ago(+1)

Thanks so much! We have a bunch of ideas for improvements. We'll try to implement them some time in the future. Of course, I'll play your game :)

nice game which is adhering to the theme!

Thanks! We take pride in the concept even if the game is janky as hell. :)

Good idea, really felt out of control too.

Though i had no idea what i was doing haha.

Hi, thanks for playing!

A lot of the feedback we've been getting is that it's unclear how the game should be played. I wish we had time to make a proper in-game tutorial.

I updated the game's description to include a comprehensive how-to-play. You can take a look at it, if you're still interested. :)

liked the art and concept.

I like how the game looks and the idea.

It would be nice if the map would show a course and a marker for where the car is.

At first, we wanted to gray out the lines in the notebook for the curves that you already passed. But we thought that would make the game too easy. We wanted the player to have to multitask - keep track of the road and the notes at the same time. We also kinda wanted it to be a little hectic on purpose :)

I can see why you wouldn't want to make it too easy by showing where you are. It definitely felt hectic, so if that's what you were going for keep it as is.

I think the game needs better visual feedback on what is going on.

Fair enough, thanks for playing