Move and shoot around, but be careful: your keys have stamina!
Submitted by TerraSkilll — 50 minutes, 32 seconds before the deadline
Add to collection 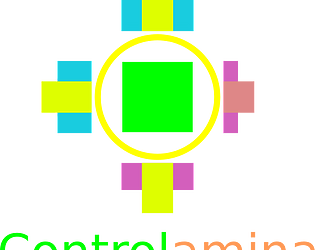 How does your game fit the theme?
Each button and key has "stamina" associated with it, so you run out of power on that button, slowly loosing control.

5 stars for presentation. I love how the stamina bars are displayed on the character. Don't worry about the difficulty. I think it's perfectly fine to have an easy game for the sake of presentation. You can balance the final release after the jam all you want. Btw, do the enemies need one or two hits to be taken down? I couldn't make out if they had more health or if I was just missing shots.

Check out our game if you get the chance. :)

Submitted
Ahead of the Curve
LikeReply
TerraSkilllDeveloper297 days ago(+1)

Thanks for playing. Yes, I plan to adjust the difficult in the future, just wished I had it better balanced for the reviews, but it's a jam and these things happen.

The stamina bars on the character were the first idea, because they allow the player to look only at the character and the enemies, but came really late in development (like 4 hours before the end of the jam). Before that, the stamina bars were displayed at the sides of the screen, which was really not good.

Different enemies take  different amounts of hits to kill. The triangles and squares take 2, the pentagons take 3. The plan was to give better feedback to the player when hitting and killing enemies, but this also wasn't completed in time, so this feature is missing.

Elegant concept and UI! I agree with some others that the difficulty somewhat prevents it from being showcased to its potential. I actually played through it on 2x game speed and enjoyed it a lot!

Thanks for playing! Yeah, I wish I could change it for the jam.

Fun, but I wish the player had less health.

Thank you, I agree, this version is really unbalanced and easy right now.

I like but too easy for sure. Good idea

Thank you! I agree, I almost ran out of time, so the levels are not properly balanced.

I really like how the movement feels and works