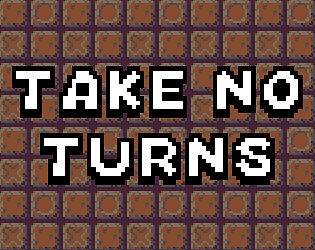 It's like a tic-tac-toe brawler where I see plenty of people just button smashing in hopes of winning! lol Sometimes, especially in local party games, those are the best games. :D Fun idea

Despite being very simple it can be a blast playing with a buddy. As almost everyone else mentions a bit more complexity (time constrain is a legitimate reason) would make it a real winner.

game was so hard... playing by myself haha, nice concept and wished there was an AI

Submitted
The Girl, Wisp, and a Dream
LikeReply
tripletSubmitted3 years ago(+2)

Have AI would be good. I don't have people to play with. haha. Nice design tho

Too simple for its own good. An AI would have made this game a lot better.

Too simple, same strategy wins every time. I'd love to see this concept expanded to more complex games, though.

WOWZERS! this is a fun game, n0ice!

Super funny idea! And a really creative take on an old game. The simple omission of that one basic rule makes it so much more intense and funny.

I have a couple of constructive points:

- When the game ends and it shows "Player 1 (or 2) wins!", it should stay up for at least a minimum of 1 second or so before you can dismiss it with a button press. If both players are spamming buttons to place their pieces (which they should be), it's virtually impossible to see who won. It also might be cool to keep track of how many times each player has won, since the games go so quickly.

- It's possible to just create a really quick row from your starting position just by moving left, right, right. This makes it a little cheesy, and discourages you from interacting with the other player. Some ideas to help this are to maybe randomize the starting position of each player, and maybe allow both players to be over the same space at the same time?

Definitely one of the more clever ideas I've seen so far!

I thought about how to fix the quick spamming strategy and I decided to put a little cooldown on placing a symbol. This would make blocking your opponent a little easier but it might make the matches longer.