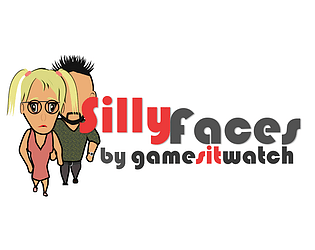 How have you used the theme "Strength Lies in Differences" in your game?
Originally I planned to make a game based on a narrative about the different perspective of a small town boy in a big city, but I had to scrap the narrative part when I lost 3 days due to "life happening", so eventually I just made a very-very (very!) simple game where the main character just tries to make random people smile while walking on the street in a faceless crowd.

It's great that you still finished your game despite the time limitations - it was a fun idea!

I liked it for what it is. It does not really compel over a great deal of time but who could complain about the job of turning frowns upsided down? A nice entry which I am pleased I played.

Really liked interpretation of the theme and backstory!

Neat concept - glad you could save some of the work :)

I love the diversity of the adorable characters in your game! This was really funny and I love the concept! Great job!

I actually tried something like this in real life. I walked through a major city that is...uh, not known for its friendliness...so I decided to smile at and wave "Hello" to everyone who passed by. I counted the percentage of people who returned my greeting, who just smiled, and who avoided me/ignored me/glared at me. The later was FAR more common. I then repeated this in another major city known for networking - it was the complete opposite!

I gotta say, I admire your courage for actually trying something like this. It's always been quite incredible to me how people spend a large portion of their lives silently staring ahead simply because it's the appropriate thing to do. For example, in public transport, in the European countries I lived, people only talk to each other if they know each other from earlier. If everybody on the bus arrived alone, then it's going to be a silent journey despite having a dozen people around. I think that's a huge waste of opportunity. I imagine that life would be very different for many if people would naturally treat these daily trips as if they're networking events.

Instead, we're so afraid of being judged for doing something inappropriate, that our city buses and trains are filled with silent people who are actually lonely and desperate for human connection...

Anyway, once again, thank you for your kind words!

I think the narrative kinda came through anyway.  Simple, arcade-style, with fairly diverse representation.  This is a good brain-training game for observation, memory, timing, and reflexes.  With a more expansive scaling difficulty and some polish, this would be a great and wholesome (which is far too rare) mobile game.

Thanks, reading all the comments I'm starting to believe that I actually did have a decent original idea. :) I'm also starting to understand and experience the benefit of these game jams. Up until about yesterday my first jam experience was mostly a frustrating and stressful week of unpaid crunch, compounded by the feeling of being unable to present my idea in a coherent form. But these short conversations, the reassuring opinions of others, these are invaluable. I'm grateful that you've contributed to them. Thank you.

i love how original your narrative is for the theme, sweet game ^^

Submitted
After The Storm
LikeReply
gamesitwatchDeveloper320 days ago

Thank you, reading something like that is the perfect payoff after all the struggles of last week.

I love the concept it is very wholesome! <3

Submitted
Too Cute to Shoot
LikeReply
gamesitwatchDeveloper321 days ago(+1)

Thank you Anna! Wish I had the time to finish and actually add the "random silly face generator" like I wanted.

I'm moving through all the games slowly but surely, can't wait to get to yours, already love the art style!