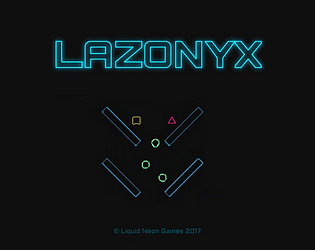 Takes a while to get used to the controls, but afterwards there's a lot of potential to get creative and have fun figuring out a strategy. I found myself a bit overwhelmed, to be honest. Like, I almost wished there was one less thing I had to do at a time. But maybe it just takes some getting used to. Great work!

Really like how this is turned out so far,  it's crazy fast and exciting as you play further through it.

Fun game - audio and neon/vector/retro graphics really gave it a nice mood. Enjoyed it! - My high score was a paltry 200.

Be fun if you continue to add to it to work in a few more twists and enemy types!

Love the audio and visuals. Like a polished Atari sort of feel.

I noticed some bugs, though:

- At one point, the triangles all went into the right corner at the top and stopped moving.

- Whenever I attempt to shoot after picking up an ammo pack, the game freezes for a few seconds, then it crashes. It doesn't matter whether I shoot at an enemy or anywhere else.

I tried the 64 and 32 bit Windows builds on Windows 7. The crash bug happens in both versions.

Thanks for pointing out the crashing error, I found the bug - seg fault after a buffer overflow. I've fixed it now and will update you once the new file is uploaded.

OK the bug has been fixed. Thanks again for finding it. Please download the new file (0.1.1) and (hopefully) enjoy the game without the crashes.

It works fine now, no crashes anymore. Thank You! :)

I just got some triangles stuck in the corner again, took a screenshot this time: 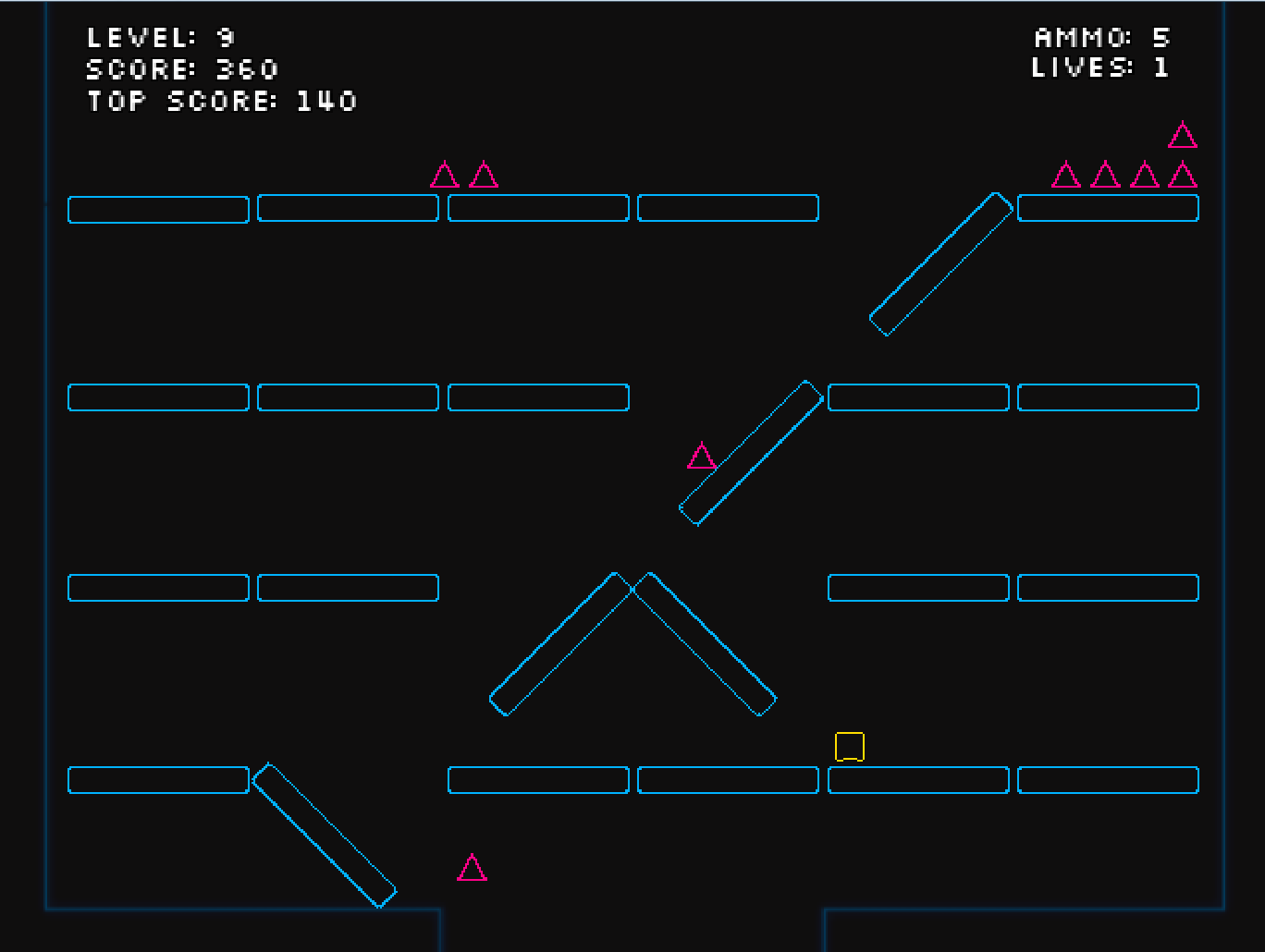 Great, glad you are able to play properly now! Thanks for letting me know about the other bug. I'll be re-working the AI in the next version to root out that behaviour and make it more advanced.

Pretty cool! Once I got the hang of the controls I was able to form some cool patterns. Nice job

Lazonyx is an arcade style one room enemy killing platformer.

It's pretty retro and I was getting some serious bubble bobble vibes.

To earn points you must turn the triangles into balls and drop them down the hole at the bottom. Sounds simple but with penalties and twisting platforms it can become very hard.

I'd like to see this idea more fleshed out!