A throwback to classic sliding puzzles with touch of modern era
Submitted by Metallic Fist Digital Limited — 1 hour, 38 minutes before the deadline
Add to collection

Very nice and polished Android game! I didn't care too much for the timer especially with this kind of puzzle game. Can't really put my finger on it, but I wish there was more to do or maybe a new twist to the game.

A good effort! Kudos on getting such nicely polished mobile interface out in a jam time-frame! We tried doing a Unity UI driven mobile game the weekend after this jam for Ludum Dare 40 and ended up giving up about 2/3s in (UI wasn't the killer problem, but it did take an extremely large amount of our time in that jam).

I agree with other reviewers' comments against the count-down timer... for a puzzle game it would be nicer to have a bit of time to think. Perhaps a better system in this case might be to rather give the player as much time as they want, but give them a star rating from 1 - 3 stars for each level based on how long they took (for eg. in 10 seconds = 3*, within 25s = 2*, longer than that = 1*)? That might also give some incentive to go back and replay old puzzles to get 3 stars.

I also found the difficulty curve a bit weird - it was easy going until I got to Swing (which I still haven't solved after 3 tries), then easy again on the larger ones, because they all seemed to use the same preset pattern for laying out the tiles.

Thanks a bunch for taking time out and providing such in depth review. UI was definitely my main focus this is why I ran short on time to polish other stuff, likes of which you have highlighted in your comment.

Thanks for the idea of ⭐s I was thinking about how to increase replayability. There is also a bug with timer that 'Times up!' dialog doesn't show after first three levels & I have devised a new algorithm to jumble up puzzle (earlier it made the puzzle unsolvable so I made those manual shuffles you see in the game which make difficulty a bit weird). Both of these I couldn't make part of jam's build. I will continue working on my game after 20th (because I have my semester exams going on till then :P) will likely include your suggestions for statistics screen.

Good luck with your exams and your post jam version!

I agree with @Rasco, changing countdown to timer could be nice.

P.S. I don't have android phone, so i have to play in unity editor :)
Try to make WebGL build: it is pretty simple to do in Unity...

Wow you actually took all the hassle of downloading the code and playing it in editor (my dirty code got exposed :-P)
Yes the idea of making a web build came after the jam has begun and when I did so some UI elements lost their alignment and I didn't have much time to fix it. Will make note of it for future.

I would love to try this game out, but unfortunately I don’t have an android device. Is there an easy way to play the APK on windows?

I guess no. You have to download an emulator but you can checkout the demo video on the game page it is quite detailed.

I forgot to mention something: I don't think the countdown timer is useful. I think it should instead be a stopwatch, measuring how much time did it take you to finish the puzzle (instead of limiting the player's time to finish it).

I was hoping to get a feedback on this as I couldn't decide what to put in stats screen. Thanks for the suggestion.

A simple and calm game. I especially liked how you used icons of modern games as the images. That mix of modern and antique somehow transports you to old times.

This is precisely what I intended. You put the feeling so nicely into words. Thanks for taking time out to play my game.

Great game, had a good time playing it on my phone !

I encoutered some strange cases though, here are the screenshots : 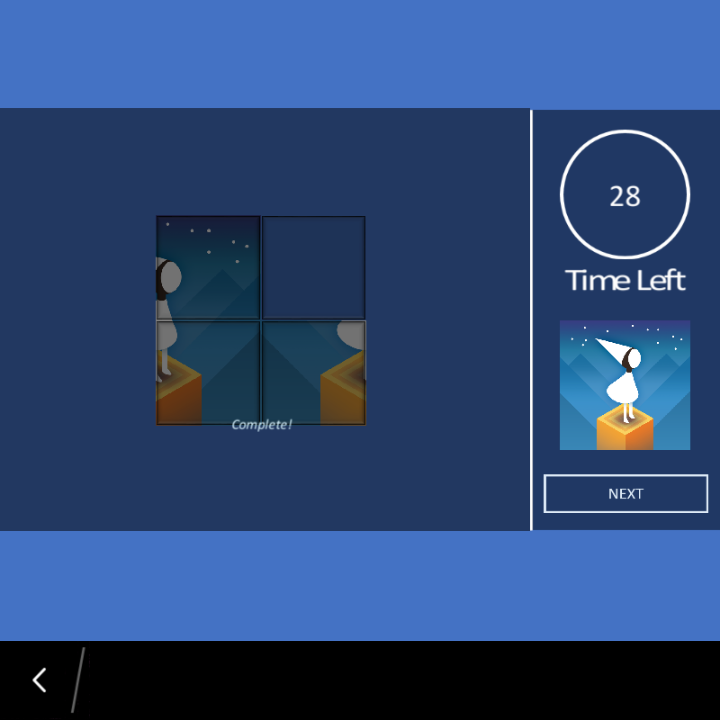 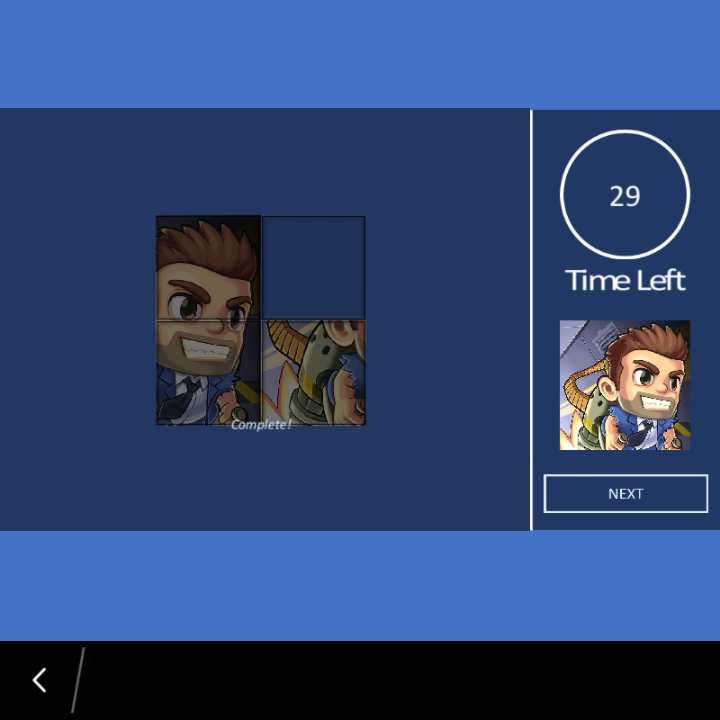 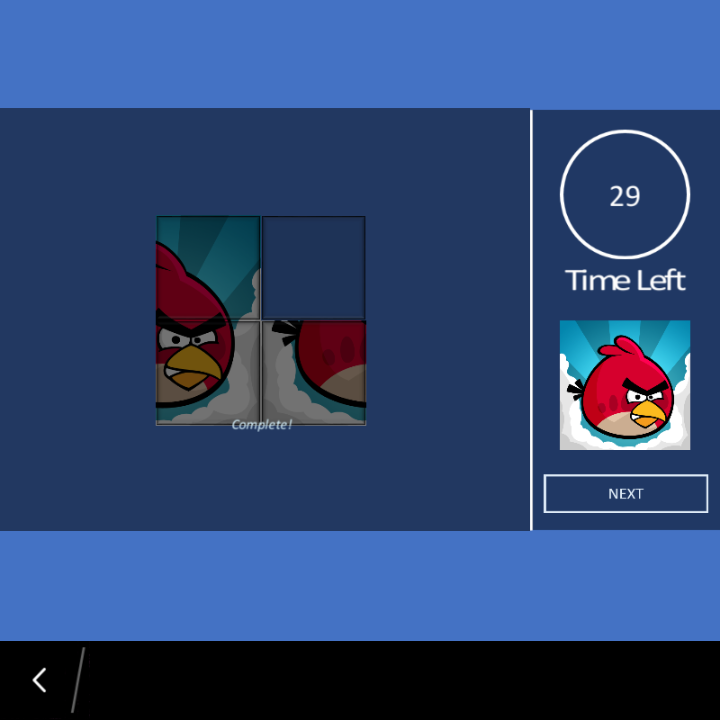 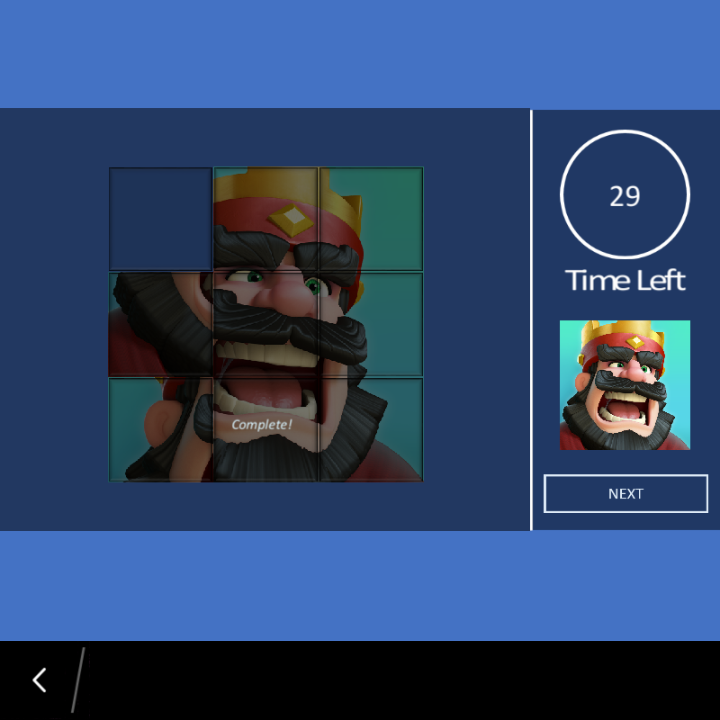 Thanks a lot for taking time out to report this.

Could you please tell me more about the device you used like its model number so I can configure my app to be responsive on this resolution.

Highly polished simple game. Just what I like when you bring old games back.

Scan this QR to download directly to phones :D Hope you people like and enjoy my effort. 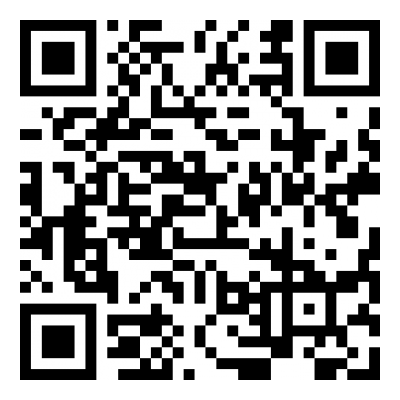