Game Jam
Submitted by QDwazar — 11 hours, 7 minutes before the deadline
Add to collection 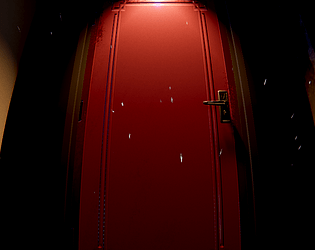 How does you game fit the theme?
It starts with your mommy saying good night. You wake up thinking I just need to walk to mommy. Well The monsters seem very real. In the end mommy was another monster, thinking it was all just a nightmare you want to wake up but it began again. You question reality, what is happening is real or not.

Did you write all the code and made all the assets from scratch?
No, but some yes. all the used assets are credited in game, but the music , and voice acting is all original.

Concept was good, camera was hard to keep up, but understandable for timeframe, Good job!

Submitted
Tears Of The Sand
LikeReply
FeeFieFoFishySubmitted275 days ago(+1)

Nice game! I loved the graphics im surprised you were able to get it looking so good in a week!

I had a few problems with the gameplay though: It was a little to dark sometimes and I could not see. Another thing was that it was really short, like really short. Also sometimes audio clips started to play and then got cut out by other ones. It kind of felt more like a demo than a game because it did not have much gameplay but the graphics were great and with a little work and some more gameplay it would be great!

My goodness what a legendary game. I can't believe you did this in that amount of time. NICE!!!

I was not expecting this graphics well doneeee!!

Pretty awesome job you did!

The lighting was pretty good and i really liked the models!

The models and lighting are good. A guideline along the way would be useful.

Just doesn't run on my computer, I'm afraid. I click Go To Sleep and nothing happens.

After go to sleep there is a 5-6 seconds intro where the mother says good night and closes the door after that a new button appears "wake up". Hope it does work that way. Should have used subtitles.

Good game atmosphere, and yeah, I was jumpscared. Good job!

Lovely game, even though it is a bit scary. I definitely got jumpscared! The voicelines make you feel the terror in the girls voice, so definitely a good job on this one!

Thank you for the feedback much appreciated!

Congrats on your submission QDwazar, I can see this as a whole game with further development.

Thank you much appreciated!

It was very great! Is a little bit scary i am one that scares pretty easy haha, but the voice acting was great.

The voice acting in this was great! I also liked the horror take. I haven't played many horror games in this jam and had a lot of fun with this one. Great job!

Thank you happy you liked it!

LikeReply
Resident of graveyardsSubmitted280 days ago(+1)

It is a fun game with just the right amount of content and jumpscares. Having the camera a bit further away from the character (or making it first person) would have worked as a charm.

Thank you sounds like a great idea that I will explore further.

Whoa, the voice acting is amazing  :)

Submitted
Not a Real
LikeReply
KkhavSubmitted281 days ago(+1)

I'm sorry, it's not your fault, but my computer just won't let me download itch.io games.

I apologise, and good luck in the jam!