(what aims to be a) buddy co-op Zelda-like
Submitted by SquareDev (@squareanon) — 16 hours, 49 minutes before the deadline
Add to collection 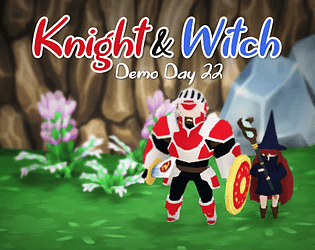 General:
-thanks for zipping the folder, not the files

UI:
-game starts with the title and credits cutoff at 1280x960 (see image), block aspect ratios if you can't support them properly or, better, support them properly
-same happens in 1280x800, I just want it windowed man pls
-ok in 1366x768, only 16:9 huh, big surprise
-alt+enter twice and window goes back to the corner of the monitor: either center it or, better, remember the windowed position
-nobody reads text that slow, those who do, will read it even slower, mashing skip is shit, make text scroll at least 3 times faster
-show me what to press on prompts

Visuals:
-the knight sword animation is very rigid and snaps painfully, need sound appropriate to what's being hit
-the spell casting indication is unclear, is it until after? the smoke, rhetorical question
-the water is pleasant to look at
-death animations take too long, not obvious when a thing is ded

Gameplay:
-thanks for WASD support, but seems like other keys aren't mapped to locations supporting WASD
-seems like mouse support would be easy to add, not sure why it isn't there, click to attack and aim is much more obvious and intuitive than F and circle with 4 directions
-I would highlight health drops and have them home in on the player
-either don't let me collect health at full health with a character or, better, send it to the other one
-need a run button, takes ages to move barren fields
-"I already read this" is bad, since I didn't

Lore:
-why is everyone attacking me, but not themselves

Music fits and static visuals are good. Gameplay is too minimal for me. Comfy world. It's definitely an improvement since last demo. 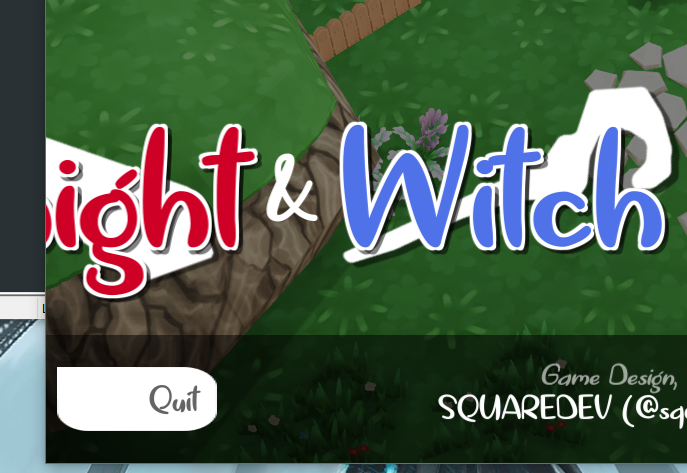 Love the style! Idea of 2 characters going on adventure can be fun if you make some good puzzles. In the final version you could add two player couch coop.

- Bees attack without warning, you could add some "squish" before they charge

- I think my dungeon broke because when I got to treasure chest camera went to the area where you obtain fire crystal and showed me closing door. After that I didn't see any option to open the chest.

- controls are a bit weird (played on xbox controller), why not make them like everyone else - attack on X, interaction A, cancel on B. I think that witch would feel a lot better to play if you could use right stick to steer direction of shooting and move while casting (so shooting on RT). Right now I barely could hit anything with her.

Made a video for you.

Really great modelling and art as usual. The new enemies were fun and the new dungeon stuff is really nice. Do the spiders and witch use the same attack/ retreat AI?

I played all the way up to the chest and made a lot of notes along the way. The notes are very nit-picky and a lot of it may just be opinion, but I still think there are a lot of things that could be improved depending on how heavily you want to polish the gameplay.

thanks a lot for the feedback! nitpicky notes is what I need the most since I'm already aware of the major flaws.

btw you actually can revive your team mate, but because I didn't adjust the colliders (I meant to but it slipped my mind) you have to stand very very close to them to trigger the interaction prompt.

Oh that's good, but you should add a visual indicator. I don't think I even tried to walk up to the teammate. Maybe put something on top of the dead teammate's healthbar to let the player know that's possible, or a big arrow on top of their body.

I managed to get myself stuck since my witch had fallen over dead to the buzzsaws in AI follow mode. They still had one heart and the game hadn't ended, though, so this might've been a bug. I'd suggest adding an auto-dodge to the AI follower otherwise the game turns into a babysitting escort quest.

Controls need a lot of improvement, neither character feels fun to control (Witch less so, since she takes forever to aim and does barely any damage). Another thing that could be snappier are enemy deaths, they stay on screen for another second or two before finally deciding they should keel over and disappear.

One of the bees was clipped into the ground in front of the dungeon entrance, and couldn't be killed (it was could attack, though).

The bees should have some sort of windup before attacking, so you can actually do something about it (like Jdoe suggested, a blocking action).
Maybe make the companion AI seek out hearts if the current character has full HP, or make it so you don't pick up hearts at full HP.

ESC should pause the game / return to main menu / exit game, right now I had to alt-tab out of the game.

In the overworld some of the boxes are floating in the air and in the dungeon some of the tiles are clipping with other tiles.

The toggle AI button disables AI but does not reenable it.

The default control scheme is pretty bad. I dont know if the mouse is supposed to work or not but it does not and using F to attack,Q to switch and Z to toggle AI its really clunky.

I don't know if you have a block ability for the knight yet but the game needs one because of the BEES.

I really enjoy the art design. The bunnies, bees, mandrake(?) and the spider look really cool. Textures fit well together. The grass backround needs some work though.

Hope to see more of this game.

Thanks for playing! Let me say first that I literally just put out an updated version of the game that fixes a lot of bugs.

Now onto your feedback:

If you still feel like playing, you can re-download the game now. It should work fine.

Anyways, thanks for the feedback. I hope you'll look forward to the next demo!

Good to hear about the fixes.

As for the control scheme I would use WASD for movement, Mouse 1 for attack with knight, Mouse 2 to block, Mouse 2 to aim with witch and Mouse1 to fire. Space to interact. You could use the wheel to select items for example.

If you want to make it keyboard only I would go with. WASD for movement, Q for switching, F to disable/enable following, LShift for blocking, Space to attack/aim. E to interact.For the witches aiming I recommend removing the up and down arrow functionality and make it aim with only A and D. You could use the arrow keys to change items.

An alternative to that is Arrows for movement. Z to attack/aim, X to block, C to switch and F to disable/enable following and Space to interact.

Hope this was of some help. Keep on devvin. I'll be keeping an eye on this project for sure.