Submitted by PureNukage (@PureNukage) — 3 hours, 15 minutes before the deadline
Add to collection 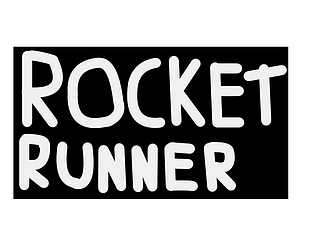 I like the concept; reversing the bullets by attacking them felt very responsive/satisfying! However, I'd find sometimes if I pressed jump just a bit too late, I'd fall off, even though it looked like I was definitely on the ground, and sometimes couldn't dodge a bullet without falling. Aside from that though, it was a fun play.

Wow, we have a similar concept for both of our games.

Hah- that was pretty fun, although I don’t think I’ll ever be good enough to beat the boss :) All the art/sfx/music worked really well together too.

Fun small game. This could be like a boss fight scene in a longer game. Also, very nice work with the limitations! One thing to improve would be to allow the character to fall further down before dying to look more like they fell. Now it just restart right the character's foot is even little bit below ground level.

It's simple and cool.
Tips that I think that can improve:
I suffer with some bugs in the firefox, like the guy falling a little inside the ground, so when jump he just don't jump, needing to jump twice what make me die a fill times, you can make when he lands its teleports to a Y that is safe to jump, when I Win the game I don't see the end screen, because the Space jumps the end Screen, you can put a timer that make the Space don't work for 1 second. Put Space to initiate the game, so the player can repeat the loop faster. Maybe a Reward for the rocket that the player kicks that don't are in the range of the helicopter, like a wall that force player to jump, and the low rockets break it.

Ok I thought I was going to dislike this based on the opening art.  But actually, the art style completely rocks for what this is.  The game play is challenging but not minecraft with no wiki challenging.  Not a steep learning curve and it's fun.  The music is great and matches the tone very well.  I enjoyed being able to play it in the browser.  I didn't run into any bugs.  Obviously, given more time, stylized art or more flushed out music scores, more robust controls, special moves etc could be expanded on.  But given the constraints I thought this was an excellent entry. Good luck.

Didn't start on the first try. Sprites look really cool and sounds are perfect for the atmosphere of your game.

Game didn't start for me at first, had to reload to start, Good stick figure with a cape! Funny and adictive

Loved the game. I had a great time playing it.

The game has grey outlines on the text, apart from that, gg

edit: must have been my internet xD