Yeah, that was a very tough balance in making that game. Didn't want the player to have full control over when they fight, but didn't want them to get too bored waiting for the next battle to occur

Thank you for your comment. The idea was you would manipulate the team outside of the battles, and then inside the battles, you see how good your work was.

Two questions, one if you do script call after the add plugin command with the following code

The other question is, could you message me on discord at SirLegna#0273 and us schedule a time for me to walk through the issue and see if I can determine a long-term solution?

Have you removed the Tile-base Scaling plugin and see if it is my plugin?

What version of rpg maker mz are you using?

What plug-in are you using for ads?

Do you have any method of always triggering the issue?

I will look into it however, due to the obfuscation of Visustella I cannot make promises.

This bug should be resolved now in 1.1.1 of Tile-Based Scaling!

Will check it out. I am glad you like it minus the bug. Also, if it doesn't work for mobile, please inform me.

Yep, MogHunter recently updated their site. So Here the new link. I will update this page tonight and the plugin with an updated link

As you may know, there is an on-going effort to port all plugins in the generator to MV. With this anyone who currently working in MV could make a request for a specific plugin to be ported sooner than later. Now some have wished for the Better Script Command plugin to have such port, however it is using MZ specific Plugin Command window to do the magic. Due to MV using a single line for it's plugin command input, it would be far more restrictive than the built in script command.

There was thoughts of using MV comment command through, however you are limited to 6 lines in comments. Which is far less than the 12 lines in the script command.

Solutions are still being looked into how to get multi-line script calls in MV, if you have any suggestions and are willing to share please let us know.

Thanks for your understanding and support! 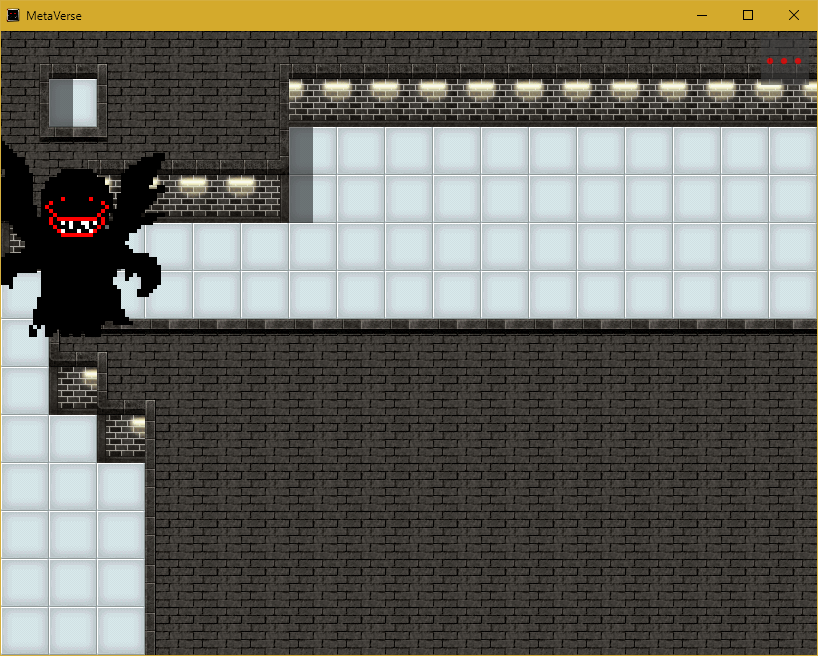 First, this event is programmed on player touch.

Overall nice first game. Some tips I would give is: remember horror game isn't about the monster-catching you. It is about those close calls. The other advice is with your items and such you need some signposting. Such as sparkle effect if it is interactable or some mention on what specifically are you looking for. A few key components I had to be very lucky to just come across. Like the entrance that used the void key.

Again, it is a very good first game

Fixed, now you can have all the triggers with the exception being button events will not re-trigger on or by events since you haven't moved.

Should be fixed now

If you could send me the debug hash, because my debugging can not have the problem reoccur

Fixed and found another one in a different plugin. Just left some old debugging code in :( Sorry

Unsure how come you couldn't play in Chrome. But thank you for liking the puzzles :)

Sorry, it took me so long to rate your game. But still so good!

Strange. I will definitely look into that once the jam period is don

Sadly currently in Jam. Did you try to play it on the browser or through the itch application

It does in turn have a limit to how many pushes on the brown box you can do per level.  I want to say it is 8 pushes without a coin before the box breaks in turn the curse killing you.

Oh yeah, I had a playground level and basically it was like what happens when I push this box into that object... oh that was unexpected. How do I make that a puzzle and then limit the scope so that is the only answer to the level.

Thank you. Yeah, there were a few more mechanics I wanted to get in, but couldn't get them working consistently.

Sorry for the feeling of off-theme. But I am glad you enjoyed it!

Yeah this latest iteration was focusing on the learning curve. Hopefully we can fine tune it, the issue is due to the lack of control without battles it hard to slow the pace down. If you have any suggest I would love to hear them.

That good, I honestly got really scared that there was a bug

Yeah, I cannot reproduce it so if you show me the console it might help me understand what script is breaking.

I know you most likely are board of my game but could you post a screenshot after your attempt at open the menu including the console, which you can open by pressing F12 when the webpage is focused.