An arcade shooter, where you spam to win!
Submitted by lqdev (@daknus_) — 1 day, 1 hour before the deadline
Add to collection 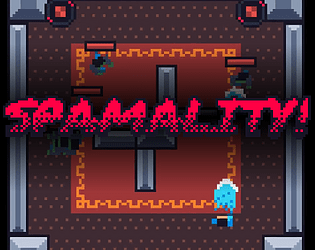 Fun little game! I included it in my Open Jam 2018 compilation video series, if you’d like to take a look. :)

Thanks for the feature!

Great game, i liked the game art and the controls were very good. The lack of music was a con for me, but i still enjoyed it.

I didn't have time to make the music during the jam, I focused more on balancing the gameplay and making everything feel satisfying. Thanks for your feedback!

Loved the game! Please keep the updates rolling... AI needs to improve. I thought I could exploit the attack as it was based only on the number of clicks, but that failed too XD. Couldn't get past WAVE 8.

Of course I will update the game! I'm currently working on a bigger rewrite, that's why there's no news and stuff. Anyways, I'll improve the AI, so it uses the A* algorithm instead of this "follow the player, bounce off of walls" thing, I didn't have time to do that during the jam. Also I'll try to fix the exploit (because it is possible) in some update. Thanks for your feedback!

Good ambient, the upgrade-by-spamming theme is great. It's hard to keep aiming while constantly spamming the left button, but that relates better with the zombie theme. Good job!

You know, on my mouse, keeping the aim steady was pretty easy... Maybe it's just the surface I use my mouse on. Anyway, thanks!

I wasn't able to get this to run in Linux (Fedora 28) with Love2D installed.  I ran the exe with wine and it worked perfectly though! 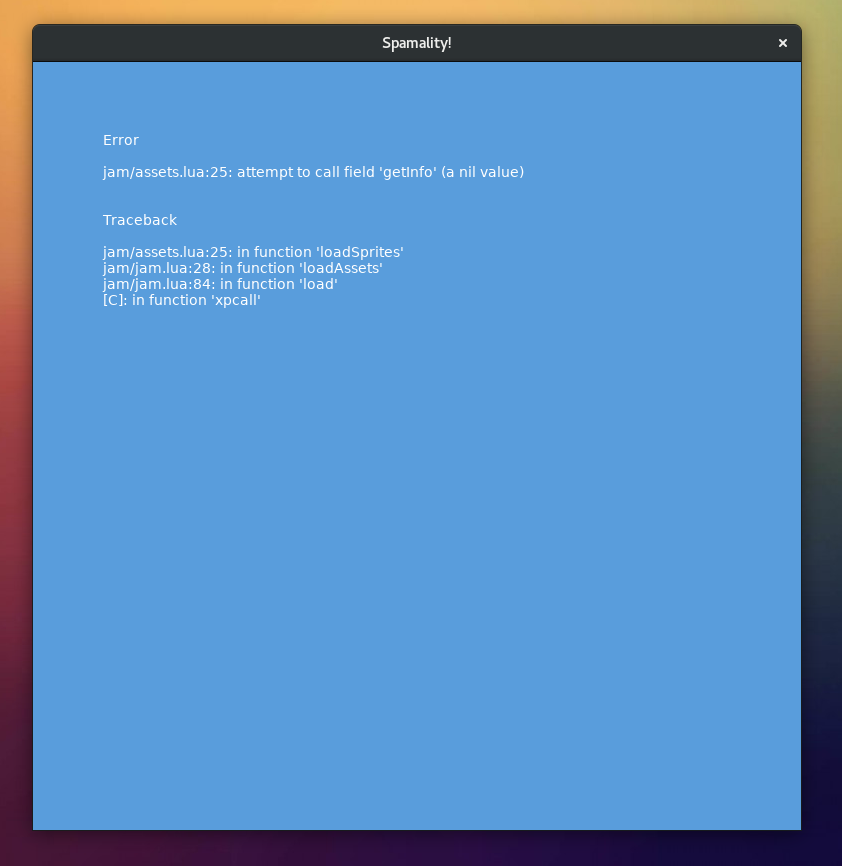 Spamality requires Love 11.1, it seems like you're using an older version (probably 0.10.x). Try updating Love using Fedora's package manager (I'm not familiar with the distro so I can't help), or compiling it from source.

Juicy! Feels good. Oh man, though, my hand can only play this game a few times in a row before it begs me to stop. I know, with the theme, you couldn't make it hold-down-to-fire, so you're a bit stuck. Maybe there could be different levels with different weapons, some could have a cooldown to fire, or you could hold to charge up like Samus? Or you could lead the zombies into traps. You'd stray from the theme, but I think it would make for a better user experience. Overall, I like it! Will you update it post-jam? How do you like working with Love2D? I did a couple small projects but never got into it.

Thank you for all the suggestions! I'm actually planning to several post-jam updates right now I'm working on a better map save format for the engine (the current one's text based, which makes level editing terrible). After this update, new levels will be added for sure. As for the new weapons, I actually had the hold-to-fire idea in my mind for a second, but then scrapped it – it just felt too overpowered. The trap idea is really good though, I'll look into making the AI better to support this – first of all though, a bigger arena would be pretty much a necessity, so I'm gonna work on the maps first. I absolutely love (no pun intended) working with Love2D, it's an amazing framework, as it makes making pixel games like this much easier than the HTML5 Canvas I've worked with before. OOP in Lua is a pain though, I'll have to add some easier-to-use, more refactoring-friendly solution to the engine. Thanks for your feedback!

The page lists this as being compatible with Linux, but I don't see any Linux compatible executable in the download. Is there a way to run this in Linux, or is it Windows only?

See the Linux instructions in the description.

Edit: Go to the game page, as it seems like the submission's description doesn't feature the instructions.