Who said being a babysitter is easy?
Submitted by etchteekay, Glitchy_Dev — 10 hours, 1 second before the deadline
Add to collection 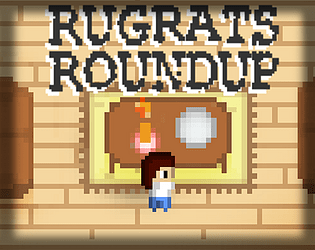 Nice idea, game-play lacks any depth though. first play through even though I didnt understand the threat I just kept all the babies in one corner and I won. next play through I even tried to lose to no avail until later I found out that the babies would leave through the door. None of that was ever explained anywhere.

After i got a hang of things i tried your endless mode and since there was no real goal or incentive to go further i told myself i would aim for 420, but i noticed at around 120 the babies started going really fast until they were practically just snapping into the door. it feels like you are using some sort of "x += (doorx - x) * time/200;" type thing for the movement, which feels very unnatural when they just start flying towards the door when i let go of them.  the best way to increase difficulty is not to make things closer to impossible but instead add more depth and force more decisions on the player, example would maybe be some babies are slower but take longer to pick up so you have to decide which one to spend your time on, or maybe furniture and stuff acts like obstetrical so locations actually have a strategic advantage aside from simply distance to the door, maybe the babies have hunger or happiness and the more upset they get the more likely they are to try to escape so you should keep them near somewhere where you can feed them and make them happy but those areas are easy to escape from, or maybe they need both feeding and something else like entertainment and those are in different areas and you have to choose where to put the babies. these are all things that will add more depth to the game and overall more interest. as the time goes further things could change forcing different decisions like some furniture moving or changing or the player gaining/losing abilities. so many potential things you can do with this incase you plan on developing this further.

Overall i could definitely feel the love poured into this project and it was a cute and nice feeling experience to play, i really hope to see you develop this further and i will follow to see what you do with it.  Congrats on submitting! 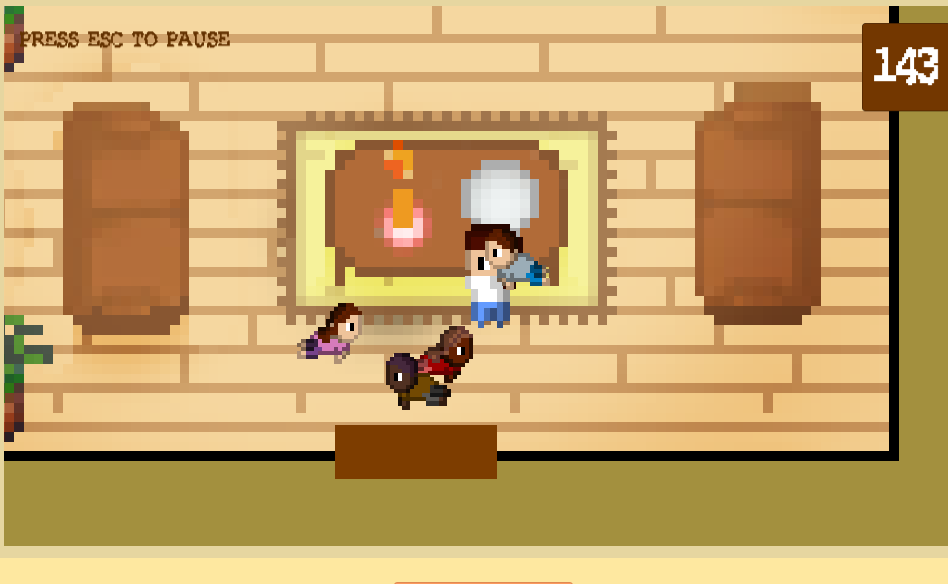 Hey, Thanks for this amazing feedback! The game-play does luck some difficulties and as you said difference in babies, solid obstacles... But the team formed each lives in different and far timezone, communicating and working together was hard! We didn't have time for every single idea we wrote down to add to the game. We may work a bit on it in the future but meanwhile we have our daily works and studies. Thank you so much for giving us this pure message. We will try to make better and better games in the future.

Amazing to see a product made from people across the world, I am based in America and used to work with a composer in Russia. Getting anything done was excruciatingly difficult but we made it work and you can see what we were able to do here. Even for what it lacked it was still a really fun and polished experience!  Cant wait to see how yall handle the next one

we were working from lebanon/russia/america

Welp, i really enyod you're game!!! Relly like it! It kinda looks like some game cold "whos my daddy" but also kinda difrent! I love the pixel-art graphics!!! 8/10

Thanks for your feedback! All the ideas are original and GFX,SFX and music are self made by our team and are original

Welp, congratulations! And the music once more, are just amazing!

I really enjoyed your game! The upbeat music helps me to calm down after those little bastards bolt out from the kitchen straight to the door, like they’re Usain Bolt’s children. Nice Job!

Haha,Thanks for your feedback we loved to see you enjoy  our game! music have been made by chris thanks to him for that :)

The art style is so cute! Also, the background music is really relaxing, a huge contrast to the stressful gameplay which forces you to keep moving all the time. Great submission!

Submitted
PACK YOUR STUFF AND RUN!
LikeReply
etchteekayDeveloper2 years ago

Hey, thank you so much for this comment! We will try to make better and better games! Thanks for playing the game!

I really like the game. Relaxing. I like the baby sounds xD
the survival mode can have more difficulties maybe. I saw that when two babies are nearby and i pick one of them up, the other also gets stopped in the way. And for later maybe you can add more ways to block the babies for going out but Im not sure how it would go with the game design. Overall it was a fun game :)

Hey, Thanks for recording that video. It was fun to watch and see someone playing it! But unfortunately you missed an ending, but what a survival score you reached(higher than the survival mode developer himself)! We really are planning to make it a bit more difficult but we are waiting till the rating ends since it can make major impact on game play. Meanwhile, try getting the last ending, Hope you enjoy playing it one more time!

Happy to help :) Thanks! I could go more for survival but decided to quit :p

Looking forward to the new version later on. Ill try playing it once more later for the other ending :)

The art style is adorable and so is the music! I really enjoyed it!

Hey, we went with what was easy, fun, and cute. Thank you so much! Comments like that makes us move on and become better!

Babies in the kitchen, it's already quite dangerous but yet I put them in the sink and the parent was happy about that lol.

Hey, we know that it sounds dangerous and all but the time caught us up and we did have time for making the game realistic. But try different endings the parents might be angry, maybe you go nuts. Hope you enjoyed playing it!

it was a fun game,  but can you make the objects in the house solid?, i cant keep my self away from putting the babies in the chopping board.
also i love the art style its fits really well in the game also cute babies

Hello, we really tried making them solid but the baby AI would run into them and stop. We tried NavMesh, didn't work as we wanted  it so we went with no solid objects. Let us know what ending you got! Thanks for the feedback!

Thanks for you feedback! We aimed for short game play since in jams people will try different games hence won't play the whole long game. Anyways, we made it with different endings so the payer would play 3 short rounds each with different outcome. Hope you enjoyed it and we will take your feedback into consideration!

I am a trustful babysitter yay! very good game, mine is also about babies believe it or not. Its a nice concept!

i think it would be nice if you put elements of distraction for the babies, like toys that would hold them for a while, but are 1 time use only, and also some stuff that would add challenge, like i don't know, a skateboard that makes them move faster, or a place they could hide if you not play attention

Thanks for the positive feedback! We really tried to add some features like those you suggested but due to time differences we didn't have enough time. Hope you enjoyed playing it!

yeah! i know how you feel! 48 hours is not enough!

I did enjoy it! It is a very good game! keep it going!

Loved this one! I wish some of the assets like the table and couches were solid so that it was easier to plan out where I wanted to drop the kids. Very well done though :D

Thanks for this feedback! We wanted to make  the tables and the couches... solid but the baby AI was kind of pushing us away . So we decided to remove it later.  Hope you enjoyed playing it

I havent played around with NavMeshes yet but im pretty sure it hangles navigation around objects very well. possibly look into those!

We tried NavMesh but it didn't work for it was 2D. So we made it easier for ourselves . We will try to find scripts for it tho.

What a cool original concept!

I really liked art style, music and the simple fact that the babies where not all one color ^

Thank You so much! We will try our best to make better and original games. The baby part was one of our difficulties but we pulled it off. Hope you liked the game!

I did! I think a little more mechanics for level design purposes (like the use of tables to get babies to hide under) could really fit your game and get your concept higher ^^

Thanks for the feedback, Yes we had alot of ideas in a short period of time, We wanted to add alot more features but the time wasnt enough, We will try our best next time!

Very cute art and sounds! Gameplay could use a little variation though.

Submitted
Pack To The Future
LikeReply
etchteekayDeveloper2 years ago

Thank you for your feedback! We will try our best next time!

Really loved how you made a simple game have different endings! Great graphics and music is the best part of the whole experience. Keep the work guys

Thanks for this feedback. We will try to make better and better games!