A sci-fi detective where you’re having blackouts. Can you be a good detective if you can't rely on your actions?
Submitted by Fahrengeit (@fahrengeit) — 15 minutes, 26 seconds before the deadline
Add to collection 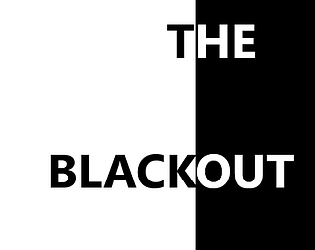 Couldn't not think of Disco Elysium. Definitely not a bad thing!

Thanks!
I love Disco Elysium, but frankly, the idea that there is something similar with all this amnesia and alcohol stuff didn't occur to me at a time of developing. And that's weird!

I won't repeat what @GreenClovers said below you answered it perfectly adequately :)

Looking forward for your next games !

Well, I'm looking forward to it as well :D

I have seen and played stories like this in the past, but its a genre, which I quite like and I enjoyed playing it.
The blackout mechanics work very well in my opinion. They even hit somewhat close to home, since I suffer form some amnesic episodes myself. It can be an ugly and helpless experiene and I think you captured it well.

And I'm glad that you enjoyed it!

Oh, sorry to hear about your episodes! I don't have any experiences like that myself but it happened in the family – and it was frightening even to hear about that. One thing is fainting, and another – when body/brain *does* something without your knowledge, and you can't predict when, and no one around can notice that something's off.

I really, REALLY enjoyed this one~ Thrillers are my life and having to deal with the constant lack of consciousness was terrifying and made for great tension!! The story hooks you up soon, the setting is easy to understand once you get on track, and by the end of it all... well...

I at least did my best to save a life.

Thank you a lot for your kind words! :) That's really great to here and I'm glad that "blackout" mechanic worked towards tension in your playthrough (as because of its randomness I can't be sure if it will hit or miss with a player).

I love a good thriller, and this game really delivers!

The narration flows just the right way so that you have time to really understand the situation and then to feel the complete uncertainty arise. I got to actually investigate, collect clues, and to go back to characters I had already talked to but with new informations to confront them about, which I didn't expect! This was overall quite fascinating! Sadly I got blocked after I made the call to earth, but I'm really looking forward to playing it again later :D

I'm very glad you liked it!

And by "blocked" you mean you stuck in the game? Then it's sad to hear, at some point I've really started thinking that a miracle happened and there are no game-stopping bugs there :(

Ooh, that's good! At the risk of being spoilery, the pacing at the start was a good introduction, then when things opened up and it became about solving a mystery, it really sucked me in!  I fell hook, line and sinker for the red herring, so when things started getting weird and things became revealed, I really enjoyed it.

Also really enjoyed having to react to the blackouts. It made for interesting choices, like when I could have taken a gun. Most games, I would take it, because it's there, but I had just burnt some documents because I had a lighter, so as I thought "Probs best not to take the weapon."

Only real criticism is when you start detecting, you're given a massive list of choices. There's no real issue, but it does feel over whelming, especially because there's no real place for you to go at first. Maybe spilting rooms into floors, would make me feel a bit more "in the world", and would make the choices a bit less overwhelming.

Submitted
I'm late for work AND I'm stuck in a time loop!?
LikeReply
FahrengeitDeveloper265 days ago

Thanks! I was a bit afraid to have a long introduction, but I've really wanted to change pacing several times in order to at least somehow hide where everything goes.
And I'd really wish to have a bit more time to have more suspects, so red herring part would be less obvious.

> Most games, I would take it, because it's there, but I had just burnt some documents because I had a lighter
Thanks for that, as it's really what I've wanted to achieve – create a little paranoia, where you start to not only think of a solution to a "puzzle" but also about "how not to ruin everything". (Still, once again, I would've done better with my current knowledge of how to deal with these blackouts)

About a list of choices – totally agree with you, and even thought to divide rooms by some sort of regions, but I was afraid that it would just make movement around the station more difficult. What I've also could do – make some notes about what to do, so player would have at least some thoughts about "why the hell do I need to go there".

Thanks a lot for your feedback, it was really insightful!

I love how it gets weirder and weirder, and the ending was really unexpected and makes me want to play it again (I want to try and save that life)!

Yeah, at first we’ve wanted to make a transition from a detective to a horror slasher, but time was really running out!

Thanks for a feedback, I hope you’ll manage to get that ending :) (sadly, it requires to do one specific action and not only that, should’ve had more approaches)

Not the most original setting, but!

But the feature with the imminent, frequent blackouts adds an additional narrative layer (which is ink’s strongest ability, I suppose). Liked it too much!

That's what you get when you start from the mechanic idea and only then think of a setting to go with it :)

Thanks a lot for a feedback!

LikeReply
Essence of TimeSubmitted267 days ago(+1)

A sci-fi whodunit that does a great job keeping ya guessing throughout! I really enjoyed this; it's like being inside a good old classic sci-fi.

Thanks! I'm glad you liked it.