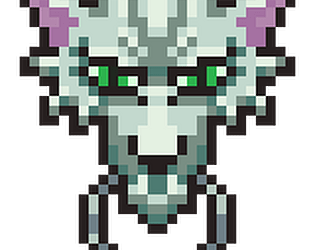 Game description
Can you survive until the end?

The graphics and story are awesome. I agree with Winged that the gameplay is repetitive after a bit. Variety in enemies and attacks would help a lot, I think. Again, it looks awesome though, and I love the animations. Welcome to the jam, and I hope you had a good time. :D

Amazing graphics and storytelling! Gameplay was nice, tho it becomes repetitive after a few enemies. I managed to complete it without using parry at all. Still, great work for a first game, keep going!

Submitted
The Good, the Bad, and the Veggie
LikeReply
D4yzDeveloper2 years ago

Hahahah really starting to get to know you Winged; if the game isn't difficult enough, time to implement house rules!

Thanks a lot for taking the time to check out our game, and I hope you'll give it another shot once we polish it up and rework it a good bit!

Looking forward to trying your game also, should be tonight. So many submissions, must beat them allll! 😁

Good work! I like beating dudes up, and the parry mechanic was pretty cool. It took me a few tries to get a flow going and then I stomped through the game. It felt like if this was a full game and there were more enemies with different abilities, it would have a nicely paced learning curve.

Some additional feedback and information would have gone a long way. I think the player can take 4 hits, but it still would've been nice to have the health displayed. Also an additional visual or audio effect when you hit enemies would have really made it more satisfying to whack baddies.

A short and fun game overall!

Hey Grid! Thanks a lot for stopping by and trying out our game! When we roll it out with all of our planned improvements I'll be sure to let you know. Def gonna be taking you and everyone elses feedback! 😁

I'm generally not a fan of fighting games so I feel a little under-qualified to comment, but here goes :)

Good game overall!  The writing and art were fantastic, especially the bifrost.  My only comment there is not to info-dump everything at the beginning.  Maybe a little intro, then play a little, then more backstory, then more game... you get the idea.

Controls were super smooth and made sense -- no complaints there.

The core gameplay loop is solid, but it seemed silly that I could just mash the "parry" button until an enemy hit, then easily destroy them.  It made going though the enemies no challenge at all.  I'm sure this could be solved with different kinds of enemies though.

I do wish the game was a little more fleshed out.  I hope you keep working on this and develop it into a full game, because I would probably play it despite my general aversion to fighting games!

Thanks for the feedback! I appreciate you taking the time to comment on the mechanics. I do want to work on the game more. As an FYI I still have not beat the Jam Release version hahaha(I just suck at playing games.

I do understand the issues though. Lots of room for improvement.

Hey! Thanks a lot for taking the time to check our game out! ^^

I completely get what you mean regarding the story. It was sort of our narrative quick fix lol. Drawn out delivery was most definitely our first idea. We plan on making a clean build of the game with all the necessary attention that it needs! I think we both enjoyed the overall concept.

Thanks again for taking the time!

I'm having trouble opening the Windows .rar. Anyone else?

you need either winrar or 7zip to open and extract its contents? What are you using to open it currently?

Any luck? If there is an issue with the file then we will definitely take care of it asap!

I love the concept of this game. It has a lot of potential as a full game! The art is beautiful and I love that it starts you off with an in-depth narrative of "why" this character exists and why he's doing what he's doing (aka, the player).

Yes it does! We had so much more planned but as it was made for a game jam it had to be cut down really short. Making it into a full game would be really cool though. D4yz is a talented artist and writer! Thanks for your comments =)

there is some serious lore in this game XD

Lol if nothing else, I like to consider myself a good writer hahah, thanks for checking it out Auxence! 😁