Out of ControlView game page

Driving game where you don't control the car
Submitted by ViliamVadocz — 1 hour, 49 minutes before the deadline
Add to collection 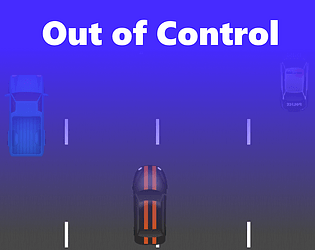 Out of Control's itch.io page

Great idea that requires a lot of balancing!

I believe the play area to be too small for such a "fast-paced" game. A lot of times you don't have time to react - and you need that!

But you've got excellent vision of scope - this is indeed a jam game, and all it needed to be was simple and fun. You've got that!

I also recommend much more game feel, it's another thing your game sorely needs (besides more mechanics / obstacles and stuff, but then again, jam). Overall, nicely done!

Thanks for the feedback. I agree, the game is a a bit lacking as I’ve mentioned in the Author’s Comments section. I only had one day to make the game since I already had plans for the previous day. I’m happy that I finished, but I think I could’ve done better.

I really didn’t playtest the game as much as I should have and I agree the crashes don’t seem impacful since the game just pauses. I went for the quick and easy solutions every time to make sure I finished.

I’ve since then joined a Mini Jam this weekend and I think the game I made for that is leagues better than this. Feel free to check it out! ;)

This is really great! The concept is original, and quite fun to play. While I wasn't able to go very far (4 was my best), I didn't mind the challenge. Nice job!

Thank you for playig my game. Something I should’ve worked on is the score’s feel. 4 km ks actually quite good since it means you survived for 40 seconds. 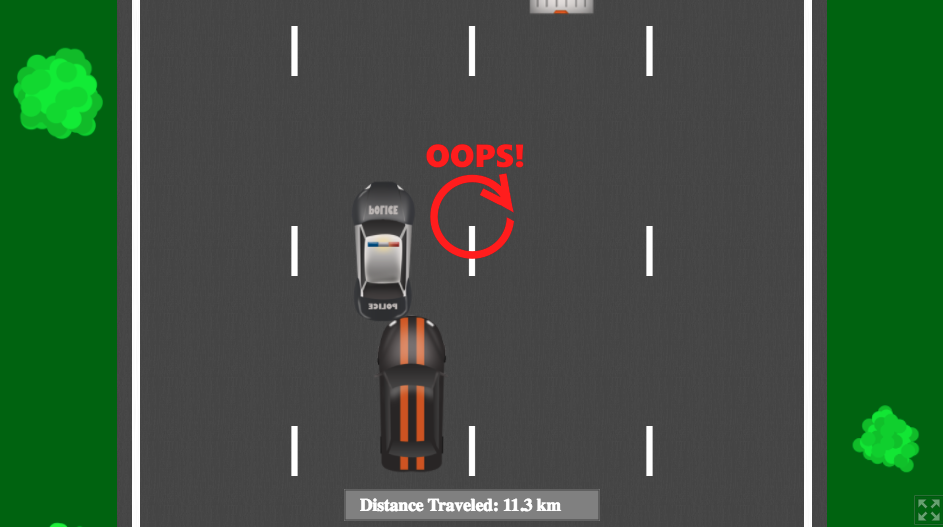 I still did not decide if this game is a method of relaxation or a method of psychological torture but it was fun to play anyway. The fact that you have to take care to not create an accident with the others car/tree make it very nice and funny ! Also, we definitely need this law the ban the tree near the highway ( and a law to ban the yellow car form the earth) !

Thanks for taking the time and effort to beat my personal High Score of 8.1 km. I will put you in the description as the current World Record Holder :D

A nice concept and it was fun for a bit.

Apart from being able to see further in front (which I'm sure you know already, looking at the comments), I think it was pretty solid.

Submitted
Box in a Box
LikeReply
ViliamVadoczDeveloper2 years ago

Cheers! Thanks for playing.

I like the idea, but I feel there's not much time to react to incoming cars. Maybe it may help to turn the track sideways ? That way there could be a bit more lookahead for the player.

Yeah, people are commenting similar things. I'll zoom the game out once the voting stops. Thanks for playing!

It's an interesting concept though the execution is lacking. The path you can see before you is quite narrow, so it's very frantic to even play the beginning. Adding to that is the mechanic that you not only have to watch out for cars not hitting your car, but each other. Which is probably the reason for me getting this

quite often. On every ~3rd attempt or so, the game doesn't even let you play because somewhere, two cars you can't even see yet are colliding.

I'd love to see this kind of touch/mouse based racing/driving game for mobile when it's a lot more polished.

Thank you for the constructive criticism. I am aware of the problems this game has and I agree I should have invested more time into playtesting, polish, and ironing out bugs. What you see happening there is that two cars are spawning on the same track very rapidly after each other and so collide and cause a game over state. I could have prevented this from happening with a few if commands, but I was panicking to add sounds and make them work in time.

I tried having the other cars’ collisions not give you a game over state, but I found that ruined the illusion of them having any weight as you could just stack them over each other (since they’re just sprites.)

If I can still patch the game I’ll incorporate your feedback as well as others’.

Thank you for playing my game even if you were quite unlucky with the spawning if it happened every 3 or so tries.

Great concept and reversal of the typical "avoid stuff/endless runner" genre! It's quite fun. Personally I'd have liked to see a bit more vertical play space.

I greatly appreciate the criticism and I’d like to thank you for playing my game. I’m getting a lot of similar comments about seeing further ahead I agree. I’ll see if I can still change it once I get home from school :)

Really awesome game, there's only two improvements that I can think of and those are making the cars easier to grab and making the play area a little larger to see further ahead. Otherwise, amazing concept!

Thank you for the feedback. I’ll see if I can change it when I have time.

Fun. but the cars you try to move have a very small hitbox so its very hard.

The difficulty is high (I only managed to get 2km) but it's definitely just as fun regardless. I love the concept of you being God, desperately trying to move cars away from Bob. I started frantically moving cars that weren't anywhere near him, just in case he randomly swerved!

It's a shame you weren't happy for how this game came out. Considering this is your first jam, the fact that you managed to make something that was fun, fun-ctional and bug free is great (I certainly wasn't as lucky when I started doing game jams and I was in a TEAM). Try and see what you can improve after the jam. Practice your art and music skills. I think you'll be very surprised with what useful stuff you can pick up in a short amount of time.

Goody entry. Hope you do well :)

Thanks for the feedback and nice words. I appriciate it.

In all honesty I didn’t plan too far ahead when making it and chose an arbitrary road size. It’s adjustable, but I don’t know if I can change it while it’s still being rated.

I’m hopeful about future jams and it is definitely great to hear people found what I made fun.

great idea but I think you needed a little more time to react, a longer bit of road? Also, not obvious that you get a game over if someone else crashes too.

I agree with both points, but I’m not sure I’m allowed to change it while it is still being rated.

I appreciate the feedback and thanks for taking the time to play my game.

Fun idea, but the cars come a bit too fast to react. Might've been better to go horizontally instead of vertically so you could see further in front of you.

Thanks for the feedback. I agree that it is very difficult. I think instead of turning the road horizontal I just need to zoom it out a bit so you see the cars appear earlier.