Viking boat throwbacks bullets at enemies. Game Off 2017.
Submitted by renato_grottesi — 3 days, 4 hours before the deadline
Add to collection 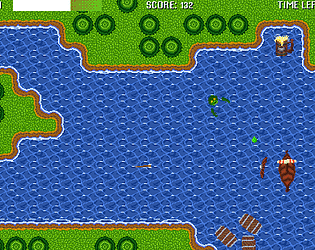 Good game. Resets too quickly to main title if you run out of time at least I assume I ran out of time? Boat moves too fast and accelerates too quickly. Liked the unusual gameplay and the fact you have to bounce shots to do different things. Had a good NES feel to it, liked the graphics - did you make them all?

The graphics was made by Joan and Leif-julian, all from scratch :-)

We tried to apply the theme several times: throwback to Nes games, throwback to the viking era, story with throwback to a defenseless state, throwback bullets to enemies and even whirlpools that throwback the player to early stages of the level.

Good, looking forward to trying it again in the future!

Ah! O forgot to mention that the game is best played with dual analog joysticks like Xbox, ps3 or the Android touchscreen. There you can regulate speed much better.

Yes, that would probably work better, I was using a laptop plus mouse.

Fun game. It glitched out on me the first time I played (boat kept going downward no matter what I do), so I had to refresh to get it working again. Maybe the problem was on my end, and it wasn't even a glitch. Idk.

Once I got to play, I did enjoy the game. The narrative is charming, and the game is just overall fun. My only complaint is that sometimes there is too much going on on the screen and it is hard to make sense of it all.

I'm aware that the level design is very much rushed. Not having enough time to tune the levels, I took the decision to have a few more enemies on some points to create areas of high conflict, followed by an hidden health restore bonus (the beer) to create an appealing interest curve and motivate players to kill all enemies and barrels in quiet zones.

After the game jam is done, I'll upload new binaries with more fair, but still interesting levels :-) But for now I keep what is there to be fair to the game jam spirit.

About the glitches, if you played the html5 version I apologize as it wasn't tested at all during development: it was just added to allow more people to rate the game during the jam on the assumption that it would be good enough. However it looks like many people prefer the html5 version over the downloadables, so I'll take better care of it next time and playtest it continously during development.

Very well done, I found it challenging at times but I couldn't bear to quit. Loved the visuals and smooth controls.

That is is a fantastic game. Story, sound, art, levels everything was here to make me spend a good time !

A few tips:
- you should override the cursor with a texture to make it more visible, when playing it is pain to have to look after the cursor to rotate the shield
- you should make something about tutorial's timer (expand it or remove it maybe ?): I wanted to read all the story but had to redo it 3 times to be able to read all. Maybe I'm just read to slowly, ahah !

Level 2 really was difficult. I had to retry 7 times and I still have the worse score on it ! 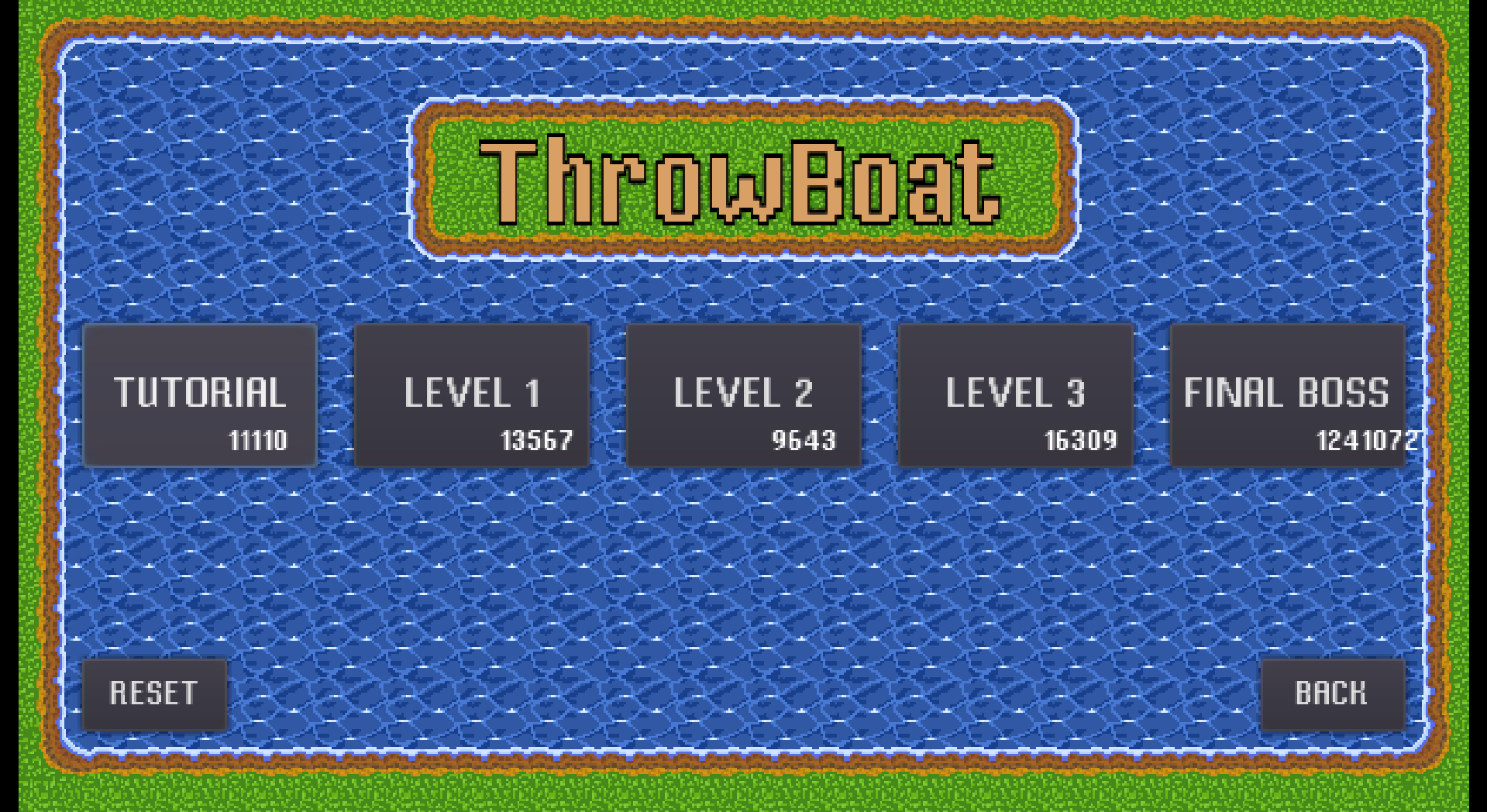 I added the timer quite late in the game and I obviously forgot to read to check if there was enough time to read the story :-p I'll add a todo note and fix it next week.

About the cursors, you have a good point and I'll fix that as well: I ended up playtesting the game mainly in Android or with a ps3 gamepad and neglected the mouse/keyboard setup.

Very smooth controls and I really liked the art. However, I could not control the boat at the second play. It just went south and got stuck. Maybe a bug there :)

I already fixed a bug like that where the wind wasn't being reset at level start. Do you happen to remember if the sail was rolled or unrolled when the boat was pointing south?

Love the music and the style of the game, gl :)

I really liked the smooth controls and the music. Good luck with the competition :)