An ambient musical toy · By

Hello there! I played the prototype years ago and I was interested in getting the full game. However, it is quite disappointing that there is no Linux version available for it; this is exacerbated by the fact that the prototype did have one. Unfortunately, I can't commit to a purchase at the moment since my computer doesn't have Windows and isn't a Mac. Are there any plans for releasing a Linux compatible version?

Hey! Thanks for reaching out - we'll put a Linux build up today and keep an ear out here to see if anyone has any issues w/it.

Thanks for responding! Do note though that I will be buying it on Steam when it comes out since I prefer not to use my debit card online due to privacy concerns.

How do you pay on Steam in a way that avoids using your card?

For what it's worth, itch.io payments are processed through established third party processors (PayPal & Stripe). Your payment information is never seen by itch.io.

You can buy Steam Wallet Codes in retail stores that sell them. They work much like prepaid SIM load cards where you uncover the codes by rubbing a coin on a special area which will reveal them. Afterwards, you can enter them into a page in Steam which will credit the pre-designated amount (such as a $100 Steam Wallet code) to your Steam Wallet.

I see, thanks for the information. It's probably going to be quite some time before itch.io has something like that.

Hi All, apologies for the delay on this! Will have that up on Steam once it gets through review (and here too!).

Any progress regarding the Linux version?

Thank you for the ping on this - we're crunching on our new game, but I have just now put up an UNTESTED build of morphe for Linux....aaaaand I've made it free!

We'd really appreciate any feedback regarding the Linux port - once we get word that it seems to work properly, we'll put it on sale, but in the meantime we want folks to be able to try it out w/out worry.

Hi, I'm here from the GOL Discord server. I downloaded the demo for Linux and attempted to run it, but it failed due to being unable to load mono from the file `libmono.so` at `morphe_Data/Mono/x86/libmono.so`. Seems like that file is actually absent from the zip!

Thanks for doing so!

From the get-go, there's a problem when trying to run the game; Mono isn't present: https://dale.itch.ovh/9VGi88eRf2QpxfJdLDU7bZ139Eq28taeS0xheMEDy1NsmiLoqpn7OnW9ge...

This is the relevant error shown in the log:

Taking a closer look at the files in the build, some folders that are usually present in Unity games for Linux aren't present; these are Managed, Mono, Plugins, and Resources. There may be other missing data that I don't know.

The zip file was created on a non-POSIX system, so the execute bit isn't set on the executable. This isn't a *huge* deal, but it's just one more little step in the way of playing your game. I don't know which tool you use to create the archive, so you may need to postprocess it before distribution (or switch to a custom program for creating the archive with the appropriate permissions).

Also, I wouldn't mind a 64-bit version being provided as well, but that's much further down on the list.

Hey All! Thanks so much for testing. I'm examining what Unity spits out now based on what you've mentioned and should have something uploaded shortly. <3

I've made a few adjustments and am also using unity's "Universal" linux build, should have the update here in a few mins. Thanks again all!

Much better. It (specifically the 64-bit version) runs now. For some reason the archive contains the OS X resource fork data (i.e. a `__MACOSX/` directory), not sure if this is caused by the Unity build or something else.

Hi. I get the same issue as win8linux.

Apparently the demo package doesn't include any Mono dependencies nor does it honour PATH in this respect (I do actually have Mono installed).

Hi All, version 02 has been uploaded, with both 32 and 64 bit, and hopefully better zip structure.

It now runs, and quite well on high settings with all environments. That is surprising, considering that even some other low-poly Unity games on similar settings don't run as well as your game. While I'd recommend a bit more time for gathering feedback, this is good to go for me at least!

EDIT: There seems to be an issue that prevents the player from moving the camera around indefinitely. The game doesn't apparently lock the (invisible) mouse cursor to the center, leading to the movement being constrained by the desktop boundaries.

Great to hear - and I have seen that issue as well. We're nearly done with a much-needed big update to the game itself, and that should resolve the mouse issue. Thanks again so much for the help!

Hello! I believe this is an acceptable build to upload to Steam, but if you have a few spare minutes, would you mind giving it a shot? It should be very much the same as before, but have a containing directory, be a tar, and the pesky MacOSX folder should be gone.

New version runs great on my desktop (Mesa open-source graphics stack on an RX 480)! Like win8 mentioned, the MACOSX folder being there is a bit weird, but other than that I think this is shippable!

Super appreciate this!! Invaluable feedback - well worth giving ya a free copy :)

Working fine here on Arch Linux with NVIDIA binary drivers. Works fine with my Steam controller. Didn't work with an off brand PS3 controller I have. I love the concept. How often does new content get added?

Hello! Glad to hear! I'm curious about the model controller you mentioned, if you have more model info I'd be glad to hear it.

Here's a picture of the back of it: 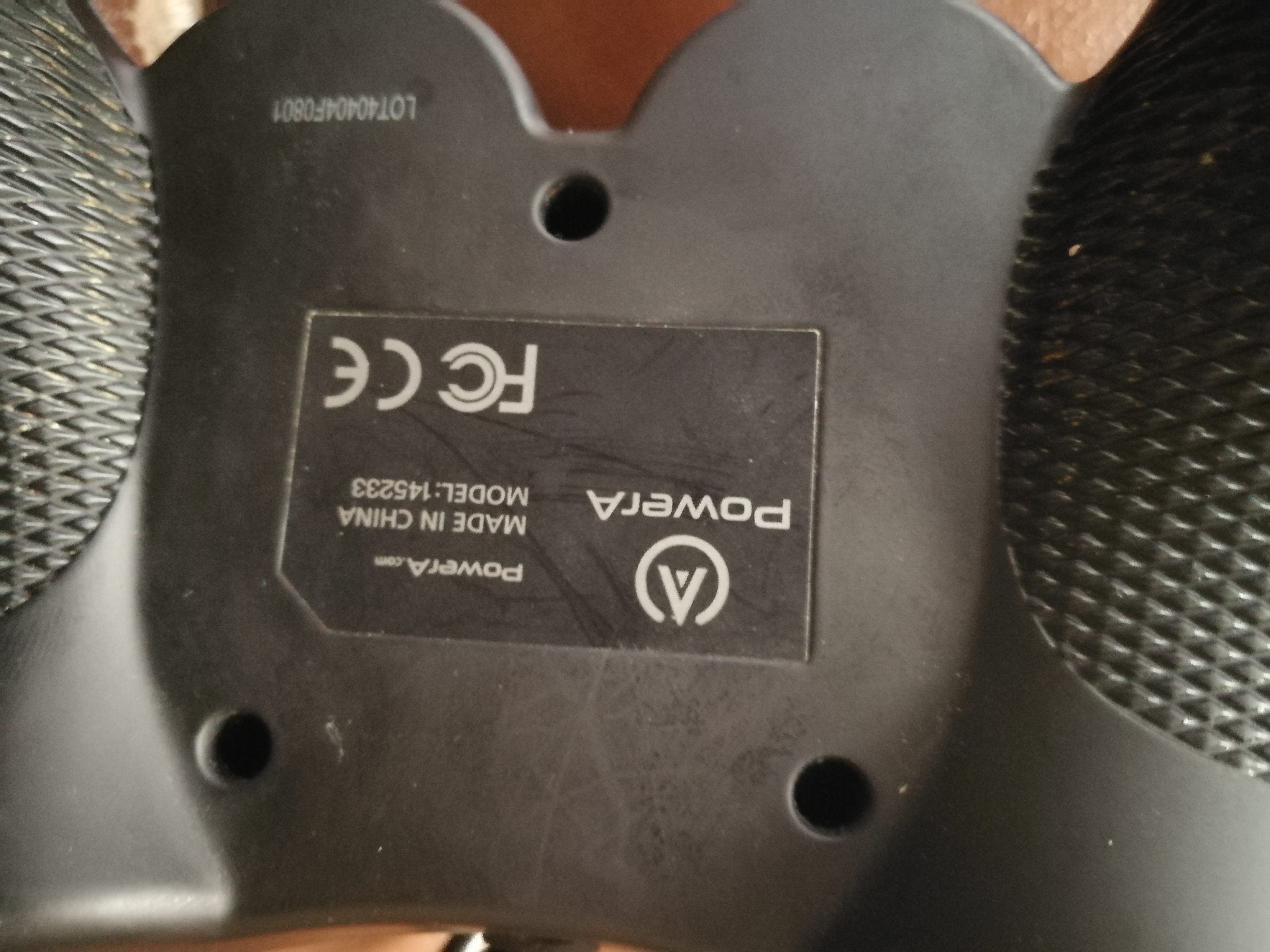 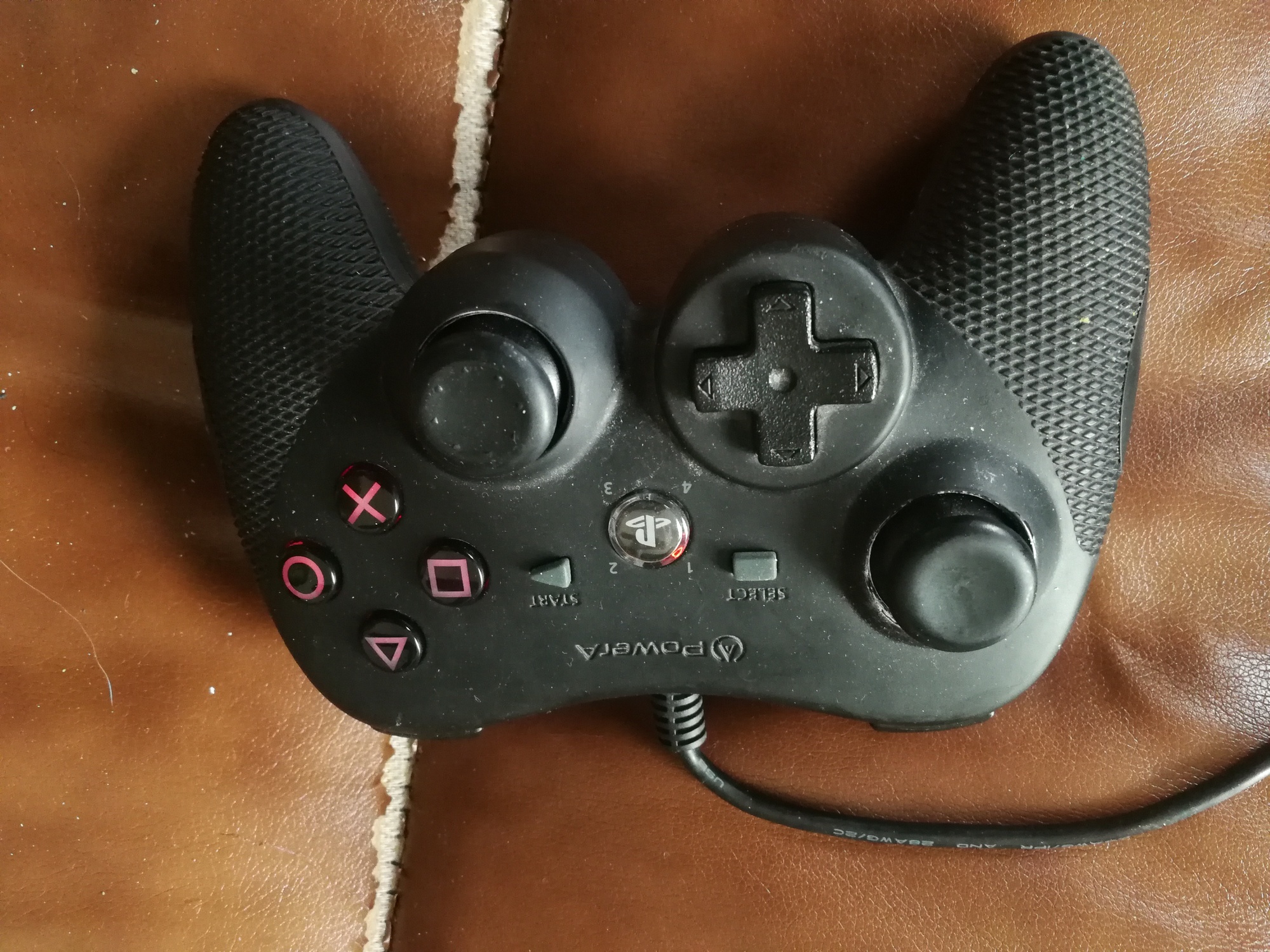 I've just found on Reddit post about your game and there was an information that you are looking for some feedback from Linux users. I'd like to help because I find your production very interesing. Unfortunetly there is only Mac and Windows version on Steam. How could I buy the Linux version? Even in this unstable and buggy stage? I am a single-man, small developer too, so I know how hard is to find someone to test my products out. So you know - we should support each other's ;)

EDIT Oh, I am so silly. Sorry for the rumour about Tux, I've found the demo on your site :,)

No problem! I've been super grateful for the feedback, and should shortly get a Linux build going on Steam now that folks seem to corroborate that it works :)

When will the Steam version come out?

Should be up in the next day or so!

Will the free Linux "demo" build still be updated for those who have it?

v02 seems to work perfectly for me too, max settings and runs super smooth. Even ultrawide support!

Great idea - sadly since Apple has been irritating me for years (longtime Apple user), I've mostly switched to PC for dev, and have been obv losing sight of my UNIX chops. Will add the root folder to assist and that lame _Mac folder can disappear.

Some people don't have accounts here on itch, so they're posting some feedback on this Reddit post: https://reddit.com/comments/a6krup

The game seemed to run well for me on Manjaro with a GTX 970 at 1440p, using the 415.22 NVIDIA drivers! My only advice would be to package the game inside of a directory as a .tar.xz file. That makes it easier to extract without accidentally filling your downloads directory with Unity files.