A romantic, medieval-fantasy visual novel... · By

CRIES IN THE DISTANCE

So it looks like the game isn't coming out today. To be honest, I'm more disappoint that the dev hasn't given any information yet. It's sad that many indie devs tend to do this. I understand that a great game like this takes a lot of love and time to complete, but that should not justify the dev from keeping us in the dark. I think we would understand if the dev needed more time, but that should have been said weeks ago. I still support the dev and agashi completely, but as a fan I think we were all disappointed in the lack of info.

I mean, I'm personally not that surprised/angry/anything, but I think this is really impolite towards their Kickstarter Backers. About 300 people contributed $11500 , and I think those people deserve to be updated a bit more than is (at least publically) being done right now. I'm not one of them and I personally loathe trying to rush indie developers, but I do think a simple "We need a few more weeks/months because of xyz" is not too much to ask, at least for the Backers. Of course those people could be receiving e-mails or something of the sort, but I don't know that.

Will had understood if you needed more time, but don't leave us at the dark!

yeah I agree with you three; I came here too looking for answers because it's been radio silence for a while... tbh reassurance rn would be great. I can understand life happens, but this is a compromise they reached with us, and as such they could at least post a message saying it's delayed. Idk, even if they can't give us more info it would have been something. Instead they kept posting in their tumblr from time to time, but never disclosing what was going on with the game. 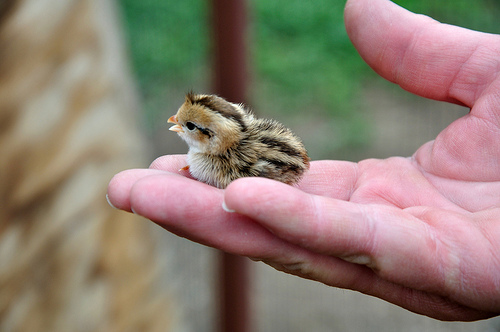 Has anyone tried contacting the developer on tumblr?

I've sent a message - hope Agashi is doing all right!

So.. This is it? No replies? Will the developer continue, or is this dead? I couldn't fine any recent updates... did she quit?

I haven't seen anything on the actual progress of the game's development on tumblr or kickstarter for March. It seems even the kickstarter backers haven't been updated on the state of the game, if you look on the comments on kickstarter page, quite a few of them are asking for an update and getting worried. I'm not backer so im not really upset, but honestly the backers should have received some sort of update as another person said above. Just a short message so backers know  the project is still alive.

Hopefully the dev is okay and nothing's wrong. But I'm worried for them, maybe something happened? I can't imagine that this project is suddenly dead with how often they kept up-to-date before. It was in the beginning of March that they were talking with people on the tumblr page. So this is a bit concerning. I hope whatever has happened that's kept them from replying isn't serious and that their okay. Please be well Agashi.

Realistically, I think the dev is gearing up to do one of two things. One the game is taking a little longer to complete than anticipated, but when she goes back online the game will be released. (I kinda of doubt this possibility because on tumblr she said that she would post a count down before the game comes out).  Second, she plans on pushing the deadline back because of personal reasons (which is 100% fair and we would all understand).  I think as a fan base we should be prepared that the game going to be pushed back again. The game was already pushed once, so I'm thinking a May/June release date.

I'm one of the backers, and I think release has probably been delayed quite a bit. One of the backer tiers involves early access to the final release (hence the entire countdown thing, I think), and none of them have apparently heard anything. I want to believe the best, but given the last Kickstarter update was in November... I'm not exactly feeling confident. At the very least, it feels very unprofessional to have not even told anyone what's going on when the game is so late without any news whatsoever. I get that sending out an update saying "sorry people, the game's delayed again" might be rather demoralising for the dev(s), but it's demoralising for us backers to go nearly 5 months without a single update - and I know there's been updates on Tumblr, but it's bloody infuriating we've been told borderline nothing through Kickstarter for so long.

She posted something on Kickstarter! Apparently there was a family emergency; game looks like it will be pushed back (combination of her probably not being in the best head space right now + she's apparently rewriting the final chapter of the game). Still, good to see it hasn't been abandoned!

thank god, now I can wait in peace

Is it done yet?

Good thing there are patient people like me eh ^^? *gets barbecued by lightning*

Has anyone seen any news since April?

We all wish lol

Still waiting. No more news? At least is she doing ok?