Just changed how the shield looked like in SupremaShip.

It's less opaque and easier to see through.

It'll be available in the next build!

Check it out at: https://levymarcis.itch.io/supremaship

Check it out at: https://levymarcis.itch.io/supremaship

Thanks for pointing that out, wasn't aware of that glitch

Help your allies destroy the enemy mothership in SupremaShip

And more to come!

It's a single-player 2D top-down space shooter with emphasis on teamwork, meaning you won't be able to beat it on your own.

Currently only available on Windows.

You can join the Discord for early builds and live updates on dev related stuff: https://discord.gg/ubMdSVB

Dodging those bees is probably the most satisfying part of the game along with the level ending jingle.
The music is weirdly ominous and doesn't quite fit with the game's cute art style.
Anyways, it's pretty fun.
Good job!

I could've sworn my lasers should hurt me after being reflected by the enemies, then I read the game's description XD

It's a juicy shmup with a really nice art style.
I like it.
Good job!

Thanks for that! :D

I literally thought of making an art style like Geometry Wars and tried to make some music, SFX and satisfying VFX but I ran out of time.
It's OK, though. One more prototype for my collection!

Another devlogvideo for Crate Panic is up on YouTube!

In this one, I add a main menu, options menu and a high score mechanic to the game.
Hopefully this might help you somehow!
https://youtu.be/BEs7_oB5OK8

Hey, dev, do you use Unity?

Hopefully so because I have 17 Unity tips for you to enjoy!

And, of course, a devlog video of Crate Panic showing you how to make restart game and game over mechanics!

Now with an ammo system and virtual and overridable functions!

Check it out and learn some new stuff!

Crate Panic is a mobile game about shooting crates that is being developed by two people.

There's not much to show but here's what we've got:

I'm currently documenting the process of developing it through YouTube as a devlog/tutorial series, check it out here:

This could be useful if you're also making a mobile game and want some advice of help or just want to see how one is made.

They... guard the motherships' vicinities and have their own abilities:
- Only ship that spawns with a shield
- Their shield takes half the damage

Here's how they look: 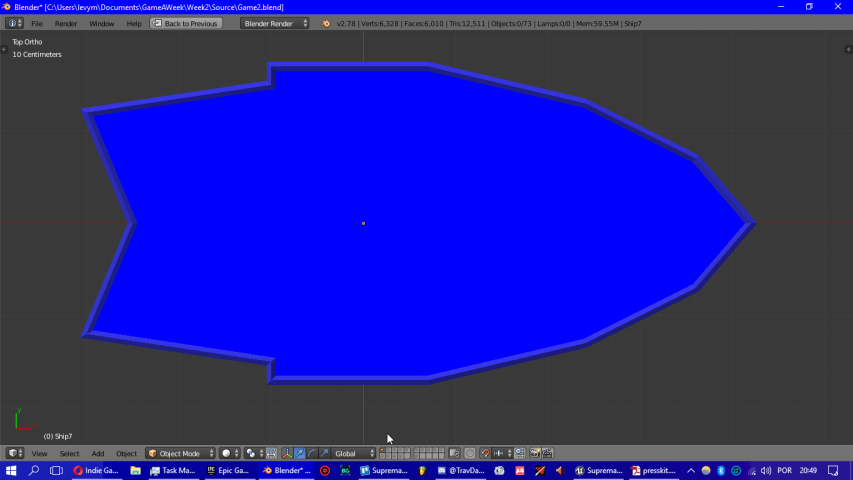 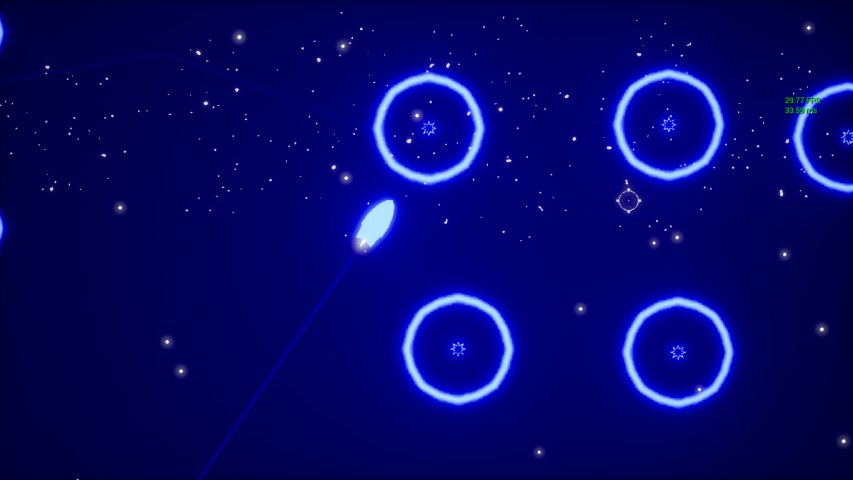 SupremaShip now has a Discord server! :D
You'll receive early builds, updates and previews while giving feedback and helping me create a great game!
Join it here : https://discord.gg/ubMdSVB
(If you join soon enough and help a lot, you'll be in the credits as an alpha, beta and release candidate tester in the 'Special Thanks' part, however, if you leave the server, you'll be mentioned as 'Testers')

Yea, I'm doing the best I can with the juicyness in SupremaShip XD
I didn't put any juice in AstroDrill because I wanted to finish it really fast.

Yea, I know it's lacking some juice, I'll think on improving it later. :)

This is kinda creepy, your game is pretty similar to mine, but more fun and has a story and audio XD
Really liked it :D

I have no idea why I haven't thought of using the mouse button instead of the keyboard.
Thanks for pointing that out, I'll make a post jam version in a while :)

COOL!!
I like the color changing thing, very interesting and fun! :D

That's a cool design idea.
The game seems a bit hard at times but it's pretty fun :)

The ships shoot themselves??
BEST GAME EVER!!! XD
I love it when enemies hurt themselves!
Those physics are pretty good too.
Great work!

Hmm... The art is rather interesting.
It's just not much fun, actually.
I don't know why...

I think this is the first game ever that can be played with your eyes closed!
Really cool concept!

That could make a great rouguelite.
Quite enjoyed it! :)

That tube effect was very unexpected XD
That ending reminded me of UNDERTALE, which is a very good thing ;)
Those flowers too.
Really liked it :D

Holy shit, that concept, tho!
Loved it!
:D

This could be a great mobile game!
Quite liked it :D

Here are a few screenshots: 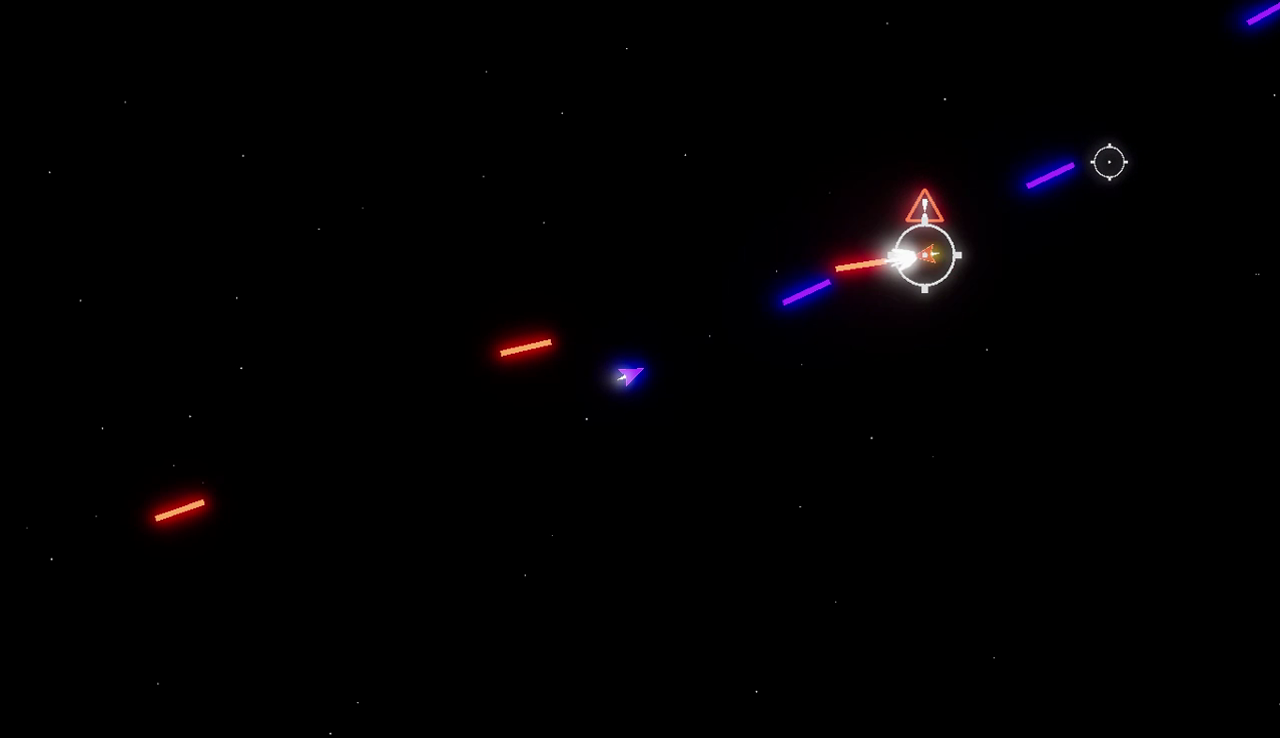 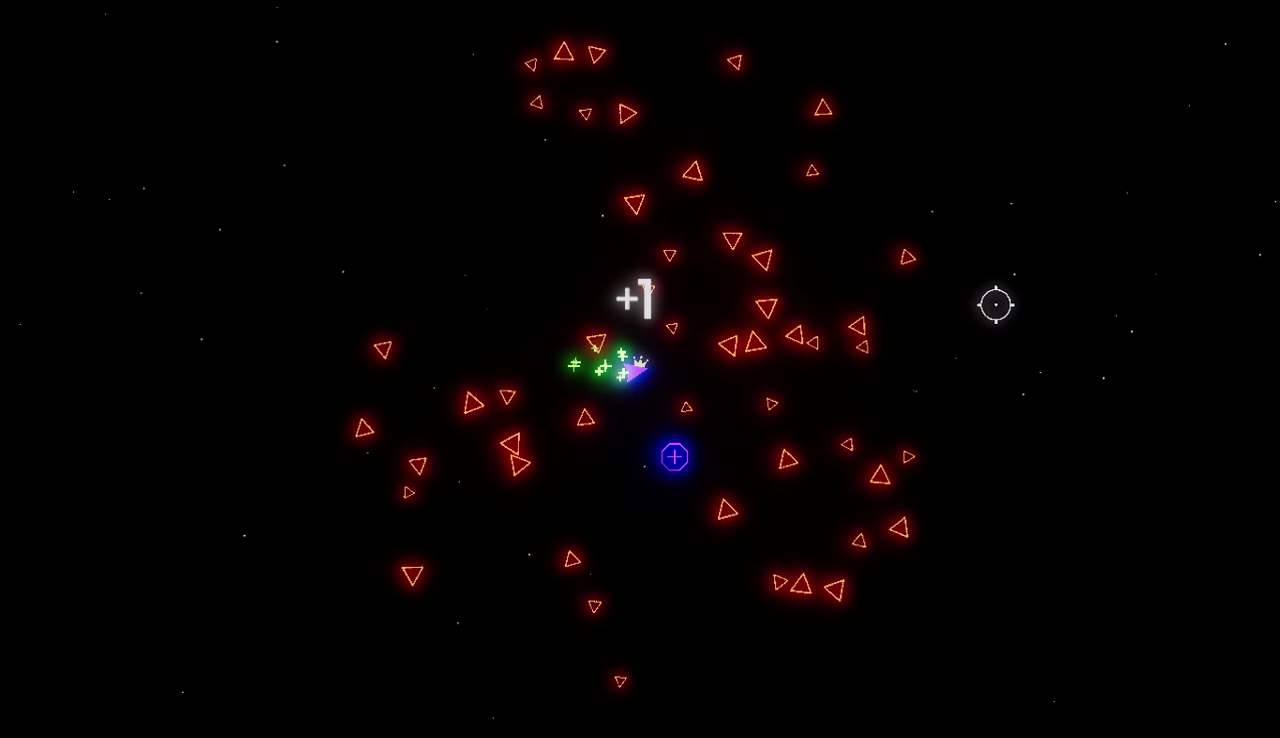 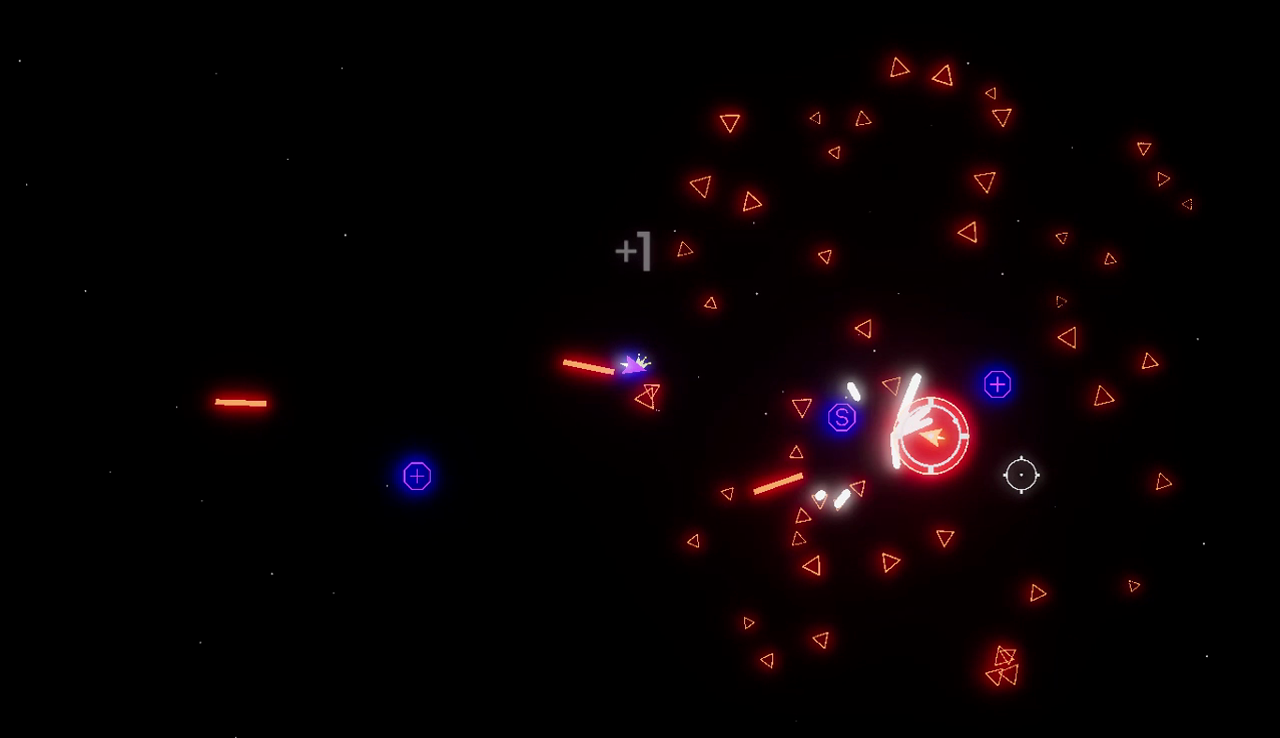 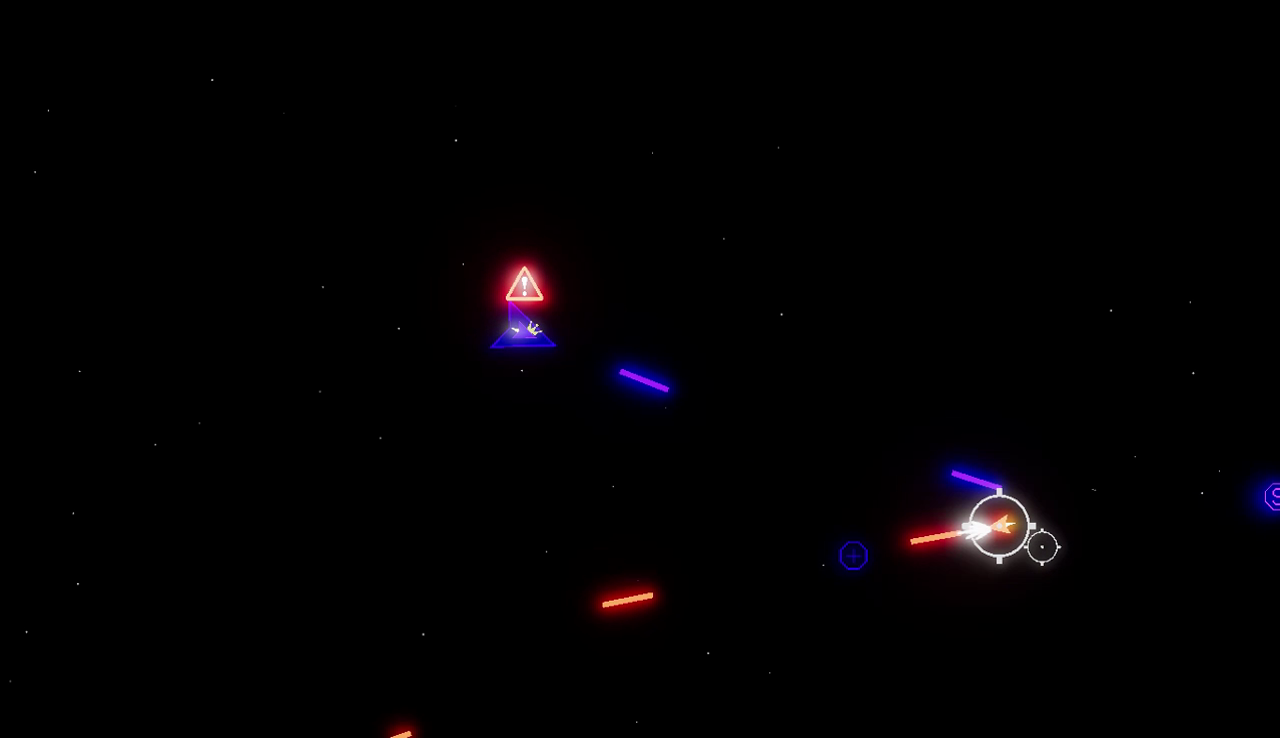 I'm glad you liked it :D

This is my very first attempt on making a full game by myself from scratch, so every piece of advice and feedback is very welcome :)

You are a blue ship that roams around aimlessly with the simple mission to destroy the enemy mothership.
However, if you do this on your own, you'll be outnumbered and die.
Hopefully, your mothership sends other ships regularly to help you achieve this goal.
The good news is: these ships have the exact same goal as you and are willing to help you.
If done properly, you and your fellow ships will outnumber the enemy and build supremacy.
The bad news is: your enemy won't go down without a bullet storm and won't give up unless they're DEAD.

This game is currently availabe only on PC, but I intend to release it on Mac, Linux and maybe mobile. 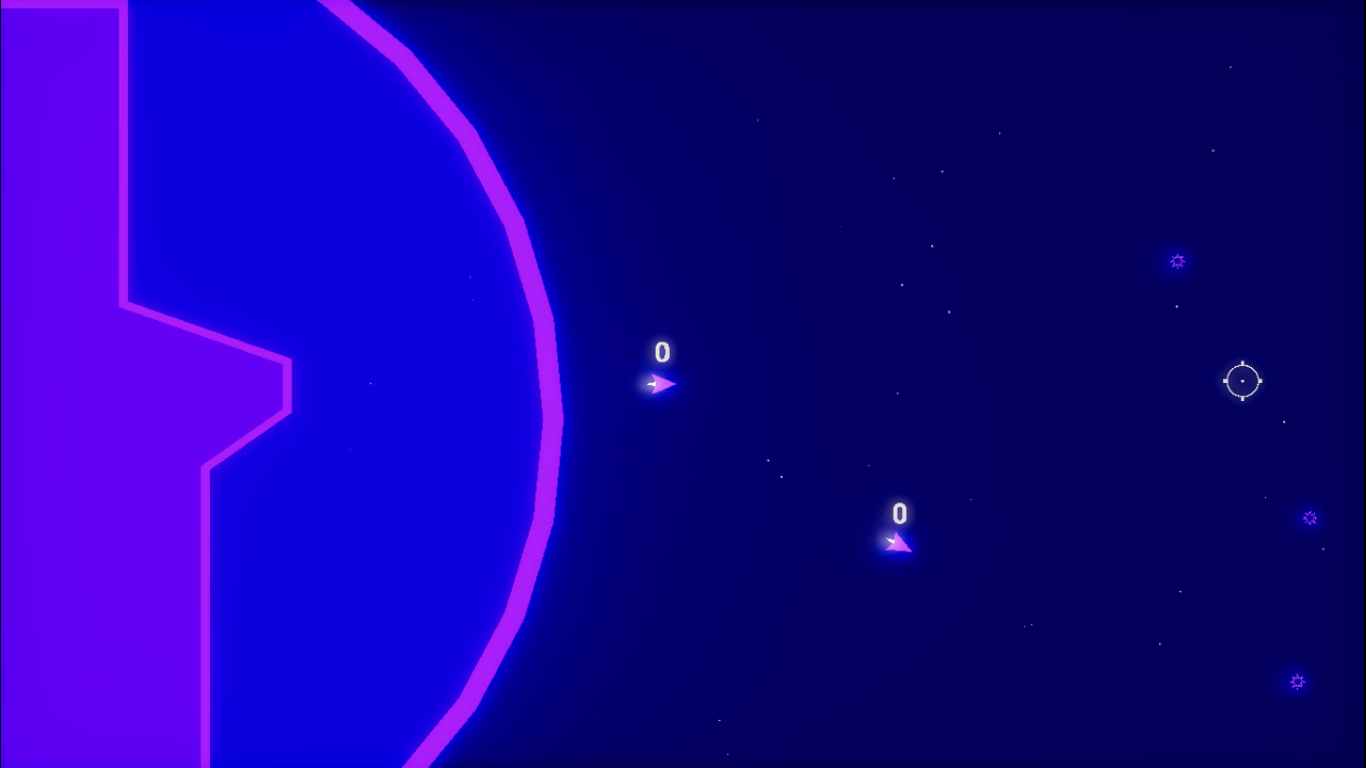 Many of the features I wanted to add have been added, so I'm close to polishing those features.

Thank you very much, guys, I can now know what's wrong with this game XD