Thanks. Know that we're all very grateful for what you do in this forum. I understand now the choice for your name Mr No time to play.

I'm in the same position. My game was published 16 days ago and still not indexed. It's like itchio will never recover from the bundle for racial justice. I suggest that they should try to communicate just a little bit about the ptoblem now...

Yes, I checked the Seah & Browse FAQ and everything is ok on my side...

I didn't want to be too impatient but I see games published today or yesterday appear on the site while mine which is called BAD LIEUTENANT is still not indexed and was published 5 days ago. It is nsfw so I can't go everywhere to make some publicity by myself like with any other game. This type of game really needs to be indexed because they are already kind of hidden (and I agree with that). What should I do ? I already mailed the support team but no response. 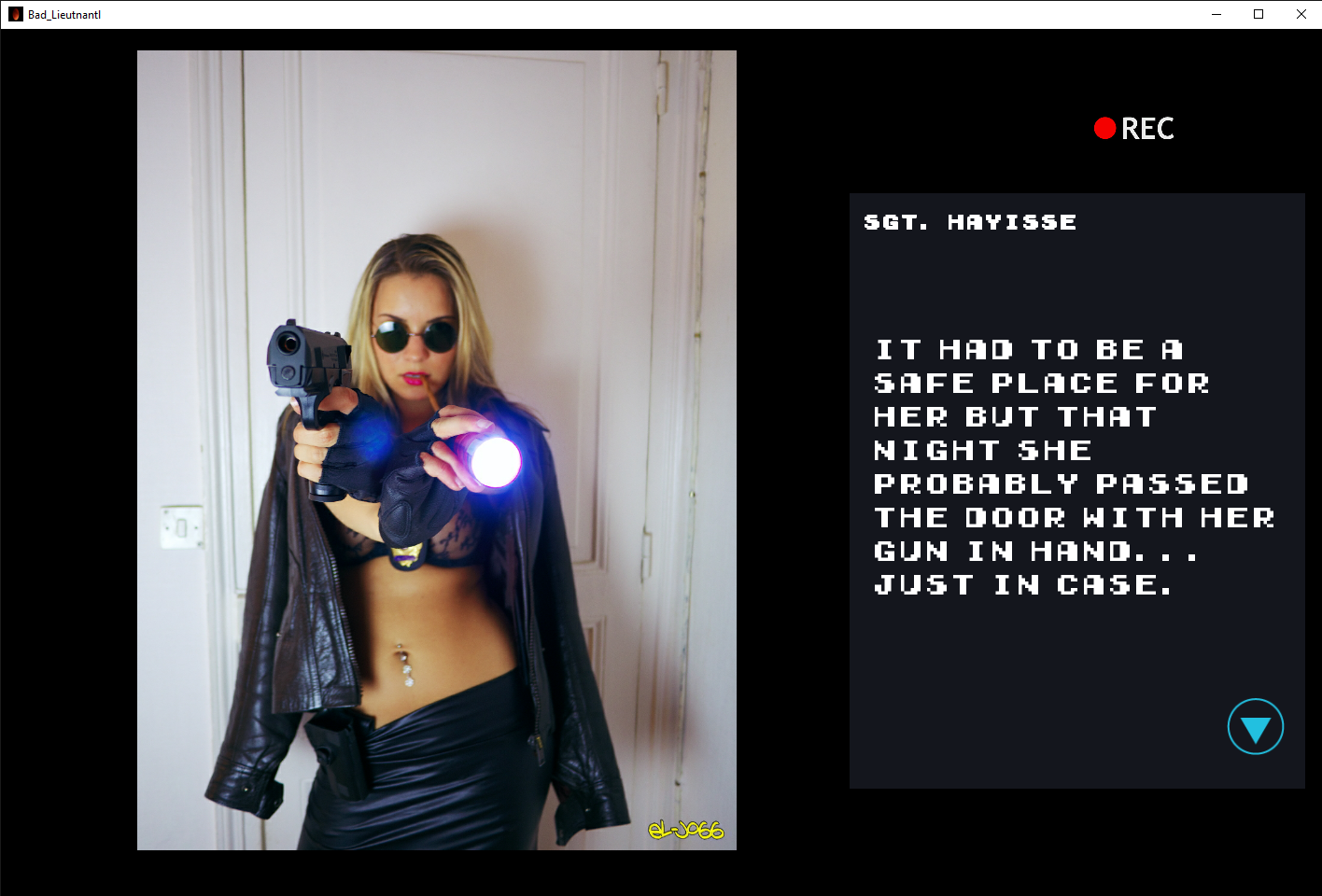 If you got nothing against some good erotica in  a visual novel but you happen to be tired of all these fake 3d bimbos and all these ever so young japanese school girls that are already swarming in your game library,  then you should  try an original concept... try real girls*  ;-)

Thanks for your attention

I don't really think the question is about the success of a game or not... If you allow me I would resume it like this :

Does "Name you own price" mean name your own price ?

Does "Name your own price" mean free ?

I'd prefer a system in which if you want to download for free a game marked "Name your own price" then you would have to indicate $0,00 in the price box so that people really realize that there was a price to give instead of mechanically pressing skip... but I guess the idea would not be quite popular.

I would'nt know where to begin for that. Maybe if I get helped. I will let you know.

It's a pity because itchio is really an awsome site and it seems that its business model (so its health) depends also on these donations.

If there is no donation, there no redistribution to itchio...

Awsome ! I'll be watching you man.

You want a generalist ? I think you got another one here... Not a General generalist like you but a good little sergent generalist. I'm even modeling/acting in my own game. Oh, and of course, to begin with, I know almost nothing of code but it is becoming  common.

Anyway I'm always interested to see stories like yours of people tackling different forms of arts, different ways of expression and mixing them with their little hands to make something  personal . That's cool.

(my english is not perfect but...)

For my part i'm always interested when someone tries to mix interactivity with a "classical" form of art.

The start of your "game" is a little rough because all the voices start at once at the same time.

Now if you ask me what I would change, I think I would try to differenciate the voices a lot more. For exemple I thought the shadow of the character on the right was a man while it has the voice of a woman. The three voices sound too much similar to me and that's a problem.

Secondly it is always interesting to have an idea of how long the clip (or whatever) is. You know like the red line in a youtube video.

Voilà. Now i hope you'll find more help from better game dev than I am (which I'm not really).

It's really sad for the "dance theatre in an art gallery" project... It would have been cool.

That's the question i've been asking myself lately. 90% of the time I donate 2  dollars for the free games I download. I rarely download anyway so i can afford to donate something and as a game dev myself it seems right to me. But my own game has been released for 10 days now and after 61 downloads, 0 donation... So if you ask me, your question is totally valid...

I use unity + the fungus plugin to create my visual novel but being more of a photographer/videographer I also use:

Da Vinci resolve and Premiere pro for my videos and Silkypix and Paint.net for my photos.

By the way, is there an engine in the list that you would recommended for FMV kind of games (with easier ways to integrate videos) ?

First sorry if my english is not perfect...

I just released my first game Kinovel Noir a few days ago. I can't say if the numbers are good because  I don't know what good numbers could be but for me i had quite a few downloads but still no  comments, no feedback. And I need to know...

At first I thought I should go to go to the reddit Visual Novel forum to ask some feedback but they seem to be quite integrist about what is or not a real visual novel and it seems my game does not correspond to their definition.

So in the end I found this place to ask a little feedback  if someone played my game (which is free),. It would be cool.

I didn't play the game. Just watched the movie and I am positively sure we've found the new Idris ELBA here...

I think a "quit" or "esc" button could be useful